Proposed revocation of Jones Act rulings for the offshore industry 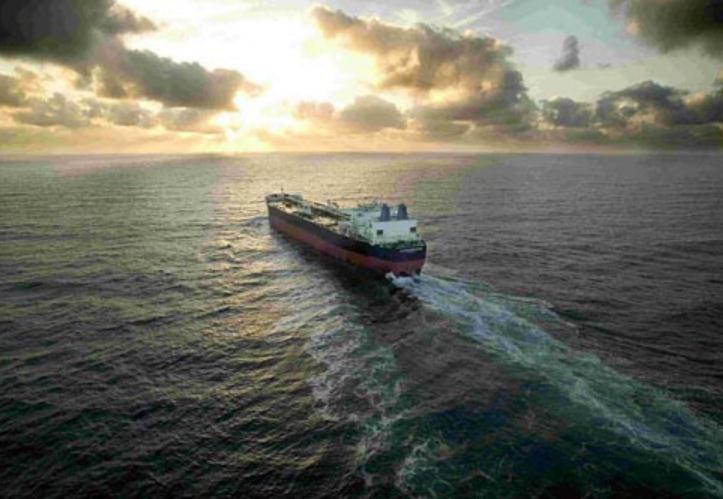 There has been a flurry of news articles regarding the proposed revocation of nine (9) Customs rulings regarding the application of Section 27 of the Merchant Marine Act of 1920 as amended — commonly known as the Jones Act — to the offshore oil and gas industry.  Section 27 is the cabotage section of the Act that regulates the domestic transportation of merchandise by water.

Revocation of the rulings would close a loophole that allows the use of non-Jones Act eligible vessels to support the offshore industry.

Around the year 1800, the term “cabotage” came into use in French meaning domestic waterborne transportation and the legal right to engage in that activity. Since then, the concept of cabotage has spread worldwide and applied to the regulation of other modes of transportation including aviation, railroads and road trucking (motor carriers).

The offshore oil and gas industry extracts hydrocarbon resources by drilling in water on the continental and outer continental shelves. For the U.S., this is primarily in the Gulf of Mexico and to a much lesser extent the Los Angeles Basin, California. The drill rigs and production platforms engaged in the extraction activities are serviced by a variety of different kinds of vessels that can be generally characterized as “Offshore Supply Vessels” and “Offshore Service Vessels” (OSV)’s. These vessels carry personnel and supplies between the shore and the rigs and platforms and perform other services.

The U.S. Bureau of the Customs (1927 – 1973) and later the U.S. Customs Service (1973 – 2002) have traditionally enforced  U.S. maritime cabotage laws and regulations known formally in U.S. jurisprudence as the “coastwise laws of the U.S.” and informally as the Jones Act.  Affected persons (including corporations) can request, in the form of a letter, a Customs ruling regarding “any transaction affected by those laws to fully understand the consequences of that transaction prior to its consummation.” In response, Customs “will give full and careful consideration to written requests for rulings or information setting forth, with respect to a specifically described transaction, a definitive interpretation of applicable law, or other appropriate information.” Custom’s decisions are issued in the form of “ruling letter.”

Prior to the enactment of the Homeland Security Act of 2002 and establishment of the U.S. Department of Homeland Security (DHS) on November 25, 2002, these rulings were made by the Carrier’s Ruling Branch, U.S. Customs Service, U.S. Department of the Treasury, and the decisions issued in the Treasury Decision (T.D.) series. After formation of DHS, these rulings have been issued by Cargo Security, Carriers, and Restricted Merchandise Branch, Office of International Trade, Regulations and Rulings, U.S. Customs and Border Protection, DHS.

The continental and outer continental shelves are by statute embraced by the coastwise laws of the U.S. and therefore “Jones Act” cabotage applies to the movement of passengers and merchandise – the legal term for cargo and goods — between points on the U.S. coast and the offshore drill rigs and production platforms.

The nine Customs rulings, which are currently proposed for revocation, were issued between 1976 and 2002 and are in regards to what is known as “vessel equipment” carried on board non-Jones Act eligible OSV’s between coastwise points on the shores and on the continental and outer continental shelves of the U.S. The coastwise laws distinguish between “vessel equipment” and “merchandise” exempting the former from Jones Act cabotage. As such, non-Jones Act eligible vessels are allowed to carry equipment between points in the U.S. The U.S. Customs Service’s Carrier’s Ruling Branch issued the nine ruling letters that liberally interpreted the vessel equipment exemption in respect of the offshore industry allowing the fairly widespread use of foreign-built and foreign flag vessels.

These liberal interpretations have been called in to question by the U.S. maritime industry who wish to have Customs adopt a stricter understanding that would exclude foreign-built and foreign flag vessels from operating in the U.S. offshore industry and result in more work for Jones Act operators, their vessels, crews and ancillary businesses.  The organizations advocating for a stricter interpretation include the American Waterway Operators (AWO), the Offshore Marine Service Association, the American Maritime Partnership (formerly the Maritime Cabotage Task Force), and the several U.S. maritime unions.

On the other side of the issue are the offshore oil and gas producers largely represented by their trade association, the American Petroleum Institute (API). They will have to pay higher costs for Jones Act vessels, which will be required by Customs adopting a stricter interpretation of rules applicable to vessel equipment in the offshore industry. The API claims this will restrict oil and gas exploration and production and cause domestic energy prices to rise.

CBP issued their general notice of “proposed modification and revocation of ruling letters relating to Customs application of the Jones Act to the transportation of certain merchandise and equipment between coastwise points” on January 10, 2017, requesting comments to be submitted by February 17, 2017.  On February 8, 2017, CBP issued an extension for submission of comments until April 18, 2017.

CBP has not stated publicly when they will issue their final decision in this matter. However, from CBP’s general notice, it’s clear their inclination is to revoke the prior ruling letters, substantially changing the application of Jones Act cabotage to the offshore industry, and excluding the foreign-built and foreign flag OSV’s currently employed there.

Further, pursuant to 19 U.S.C. § 1625(c)(2), CBP intends by this notice to revoke or modify any treatment previously accorded by CBP to substantially identical transactions.

Based on our research, the definition of vessel equipment that CBP has used in its coastwise trade rulings, has been based, in part, on T.D. 49815(4) (Mar. 13, 1939) which interprets § 309 of the Tariff Act of 1930, codified at 19 U.S.C. § 1309. Section 1309 provides for the duty-free withdrawal of supplies and equipment for certain vessels and aircraft. The term “equipment”, as used in section 309, as amended, includes portable articles necessary and appropriate for the navigation, operation or maintenance of the vessel and for the comfort and safety of the persons on board. It does not comprehend consumable supplies either for the vessel and its appurtenances or for the passengers and the crew. The following articles, for example, have been held to constitute equipment: rope, sail, table linens, bedding, china, table silverware, cutlery, bolts and nuts. T.D. 49815(4) (Mar. 13, 1939) (emphasis added). CBP has been applying the aforementioned definition of equipment to rulings involving the transportation of merchandise under 46 U.S.C. § 55102 and the predecessor statute, 46 U.S.C. App. 883, since 1982.

Further, pursuant to 19 U.S.C. § 1625(c)(2), CBP proposes by this notice to revoke or modify any treatment previously accorded by CBP to substantially identical transactions.CBP proposes to modify the following rulings to the extent they are contrary to the guidance set forth in this notice and to the extent that the transactions are past and concluded, because although the holdings and rationale are correct, they cite to rulings that CBP is proposing to revoke.