The Jones Act is the ‘third rail of the American waterfront’ 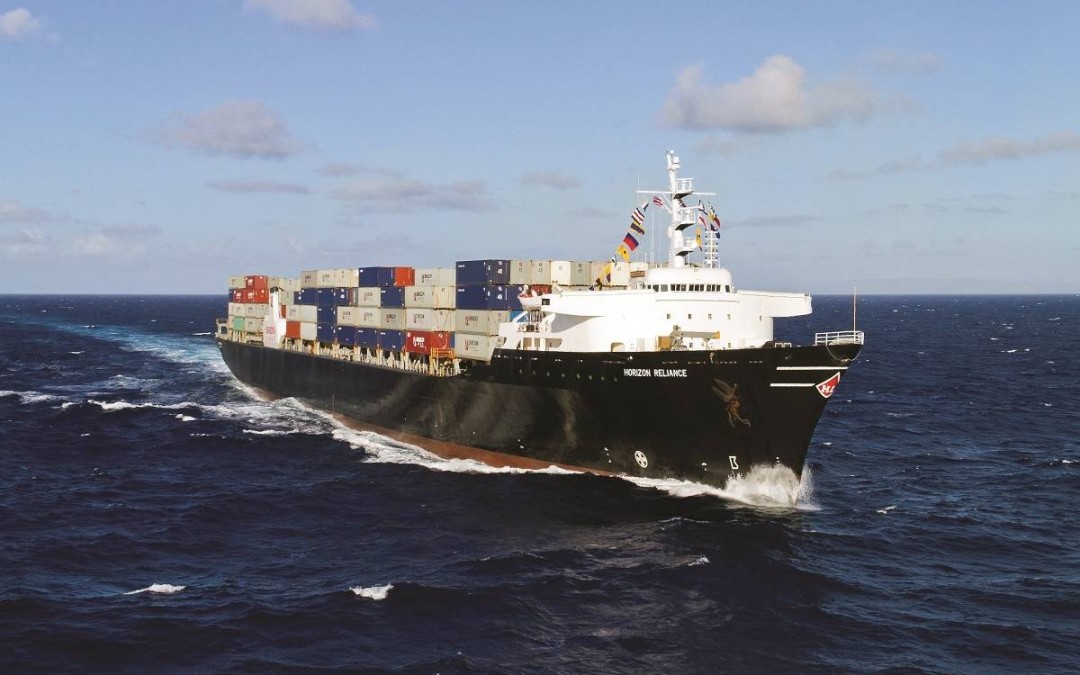 The Maritime Professional published on May 5, 2017, an opinion-editorial, “Electrocuted,” commenting on five (5) protectionist U.S. maritime policy issues that can be more or less included under the Jones Act rubric and importantly have been in the domestic maritime news within the past year or so.

The author of the piece is Joseph A. (”Joe”) Keefe, the publication’s lead commentator, a 35-year veteran of the U.S. maritime industry both at sea and ashore, a well-known figure in the U.S. maritime industry, and a self-described supporter of the Jones Act. Keefe makes a fairly standard defense of the “Jones Act” policies with a couple of divergent caveats, which he believes will result in an uproar from the true believers and cause him to become figuratively “electrocuted.”

The thrust of this commentary demonstrates the degree to which those in the U.S. maritime industry (or, the “Jones Act industry”) demand conformity from their fellows in support of the protectionist policies, and how difficult it’s to speak-out against them.

I review the 5 issues raised by Keefe with short excerpts from his piece, followed by my response:

Keefe: “If the United States government has the benevolence to send aid cargo – in whatever form – to any other place on the planet, then that cargo ought to be carried on an American hull. That’s got little to do with the Jones Act.”

Keefe: “As the nation enters the previously unfamiliar territory of exporting crude oil to new markets, it is a happy time for many. In other words: a ‘win-win’ for everyone. On the other hand, the drumbeat of calls to require a certain percentage of that trade to be carried on U.S. bottoms simply baffles me. This, too, has nothing to do with the Jones Act, and if these laws are enacted, they would have the singular impact of stopping all of this trade in its tracks, just as it is gathering steam.”

Keefe’s assessment of this issue is largely correct and his position touches the third rail. It is properly referred to as U.S. Export Control Law requirement issue. Elements of the U.S. maritime industry have proposed that export authority should only be granted if a Jones Act eligible (i.e., ”U.S. bottoms”), or, alternatively, a U.S. flag foreign-built, vessel is used to transport certain energy cargoes of domestic origin to foreign destination. Legislation was introduced in the last session of Congress to variously require either Jones Act eligible or U.S. flag foreign-built ships to transport crude petroleum oil and liquefied natural gas (LNG) export cargoes. As Keefe suggested, this kind of requirement would largely end this trade and cause widespread disruptions to the domestic energy industry and economy.

Keefe: “Wouldn’t it be nice if just one of the nation’s Maritime Security Program (MSP) vessels – the 60 or so militarily-useful vessels paid a subsidiary of $3.1 million annually for making themselves available to the U.S. government in times of need – was actually built here in the United States? That’s a pipe dream, I guess. But, that’s a lot of money. Is it that expensive to reflag to the United States? And, are the operating differentials also that much? Someone school me, please.”

Keefe is correct to call the U.S. maritime industry’s desire for the U.S. flag ships eligible for MSP (and presumably the carriage of preference cargoes) to be constructed in the U.S., a “pipe dream,” despite his touching the rail again. This is not properly a Jones Act issue as it has to do with foreign trade, but again its typically referenced in that way.

The sixty (60) or so MSP ships are a subset of the privately-owned U.S. flag foreign trade fleet that currently stands at 81 ships. All these ships are foreign built and not Jones Act eligible. The cost of constructing a fleet of merchant ships in the U.S. to replace those currently in service would be cost prohibitive and require enormous federal subsidies as the cost of building self-propelled seagoing ships over 1,000 gross tons in the U.S. is some five (5) times that for building comparable ships in the major shipbuilding countries of Japan, South Korea and China. The Merchant Marine Act of 1936 created the Construction Differential Subsidy (CDS) program to do exactly that, but it was terminated in 1983 due to runaway costs. The MSP increased from $3.1 million per ship per year to $5.0 million for the federal fiscal year of 2016.

To answer Keefe’s request to be schooled in two parts: (i) the costs of reflagging from foreign flag to U.S. is not large in comparison to building costs, but it is generally higher than for reflagging to other registers; and, (ii) the U.S. Maritime Administration (MARAD) commissioned a study to determine the operating cost differential between U.S. flag and international open registry shipping often called “flag of convenience” (FOC) shipping. That study, “Comparison of U.S. and Foreign-Flag Operating Costs,” was done by PricewaterhouseCoopers LLP (PwC) and released by MARAD in September 2011. It found the U.S. flag operating cost to be 2.7 times that of FOC ships.

Keefe:  “The recent CBP notice calls for the revocation of unlawful letter rulings of the Jones Act in accordance with 19 USC § 1625. Specifically, this impacts foreign register tonnage doing work in the U.S. Gulf of Mexico, especially those transferring merchandise from once domestic point to another. The CBP notice is long overdue, there is ample U.S. tonnage available with which to do this work, and I hope that once CBP has gone through the comments and rendered their judgment (due May 18), that the final ruling changes current practices in the U.S. Gulf.”

This is the major Jones Act issue at this time, a primary focus of the U.S. maritime industry, and how the CBP decides it may signal how the Trump Administration will handle other Jones Act issues. The CBP notice of January 10, 2017 (issued during the final days of the Obama administration) proposed to change the interpretation of a series of Customs rulings dating back to 1976 and addressing an arcane issue involving the definitions of “equipment” versus “merchandise” (i.e., the Customs legal term for cargo).

If the Trump CBP decides to finalize the notice, it would exclude foreign flag vessels from participating in the offshore oil and gas industry primarily in the Gulf of Mexico’s outer continental shelf. Contrary to Keefe’s statement, the prior rulings were not illegal and there are real questions as to whether or not there are the kinds of Jones Act vessels to replace the foreign flag ones currently performing the work.  If the CBP withdraws the notice, it would be a major defeat for the U.S. maritime industry. Keefe avoids the third rail with his position on this issue.

Keefe:  “If there is one aspect of Jones Act rulings and actual practice that irritates me, then it is the habit of Jones Act protected vessels fleeing to cheap foreign yards for repair work. To my mind, if you want Jones Act protections, then you should expect to service your tonnage in American yards. The concept of maintaining a strong shipyard base through the Jones Act extends well after the champagne bottle is broken across the bow of the vessel at its christening. That’s what loopholes are all about, I guess. This one should be closed, or, as a minimum, significantly tightened.”

Contrary to Keefe’s statements, there are onerous restrictions that apply to the repair and rebuilding of Jones Act eligible vessels in foreign shipyards, which have been in place for decades.

The U.S. shipyards are so utterly uncompetitive that the owners of Jones Act ships find it more advantageous to perform the limited work permitted in foreign shipyards and pay a 50% ad valorem duty on the cost of the work and the expense of sailing the ship overseas. I agree with Keefe that the Jones act owners arranging for foreign repair work are completely hypocritical. However, the problem is not with the strictness of the existing law, rather with the cost of U.S. ship construction and repair work.  The solution to this problem is the opposite of what Keefe recommends, and that would be to eliminate the U.S. domestic ship build requirement of Jones Act cabotage.