A World Without the CBO 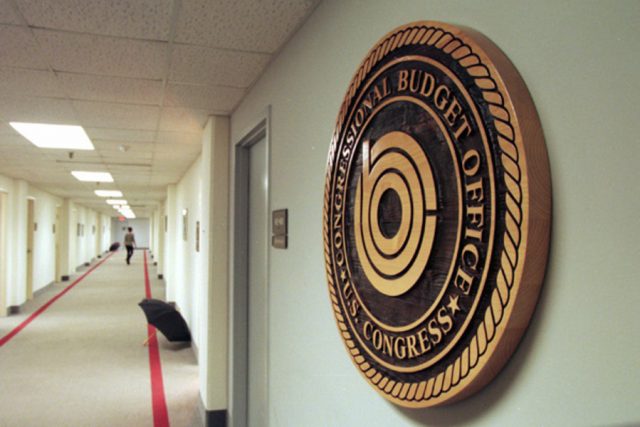 The United States has the highest corporate tax rate in the developed world, but federal revenue relative to that rate is among the lowest.

As economist Alan Reynolds has pointed out:

The U.S., by contrast, suffers under an ultra-high 35 percent rate, but revenue is only 1.9 percent of GDP.

In other words, one of the ways you “pay for” a lower corporate tax rate is . . . cutting the rate.

But why were those countries able to cut their corporate tax rates—and enjoy the revenue growth and competitive advantages—while it’s so difficult to do so here in the U.S.?

Well, for one thing, they don’t have a Congressional Budget Office (CBO). Yes, of course, every major country has an agency that does budget and financial forecasts, but those forecasts are advisory. In the U.S., the CBO and its budget projections constrain Congress, which must work within those constraints.

Which is a problem, because CBO forecasts are almost always wrong, including some recent whoppers.

Congress created the CBO and gave it enormous power in the Budget Act of 1974. That law also governs the Senate reconciliation process, which has become so significant in regard to efforts to overturn (or at least change) Obamacare.

The heavily Democratic 93rd Congress that passed the law in 1974 took advantage of a weakened President Nixon, who would resign less than one month later.  It eliminated the president’s power to impound funds—a power that had been exercised by every American president since Thomas Jefferson—and created the CBO to lock in its Big Government tax-and-spend agenda.

Keep that history in mind when evaluating Office of Management and Budget  Director Mick Mulvaney’s recent comments about the CBO: “The day of the CBO has probably come and gone.”

His statement was met with something approaching outrage by the left-leaning policy community, which treats the CBO and the current budget process as if sacred.

But it’s not outrageous to consider a reformed budget process where the appointed CBO bureaucrats and their assumptions do not have a death grip on Congress’ attempts to cut taxes, prioritize spending, and reform entitlements. This process was imposed by Democrats at a moment of political strength, and these kinds of structural reforms are precisely what Republicans should be considering while they have control of both Congress and the White House.