Grassroot Testimony to Congress on the Honolulu Rail 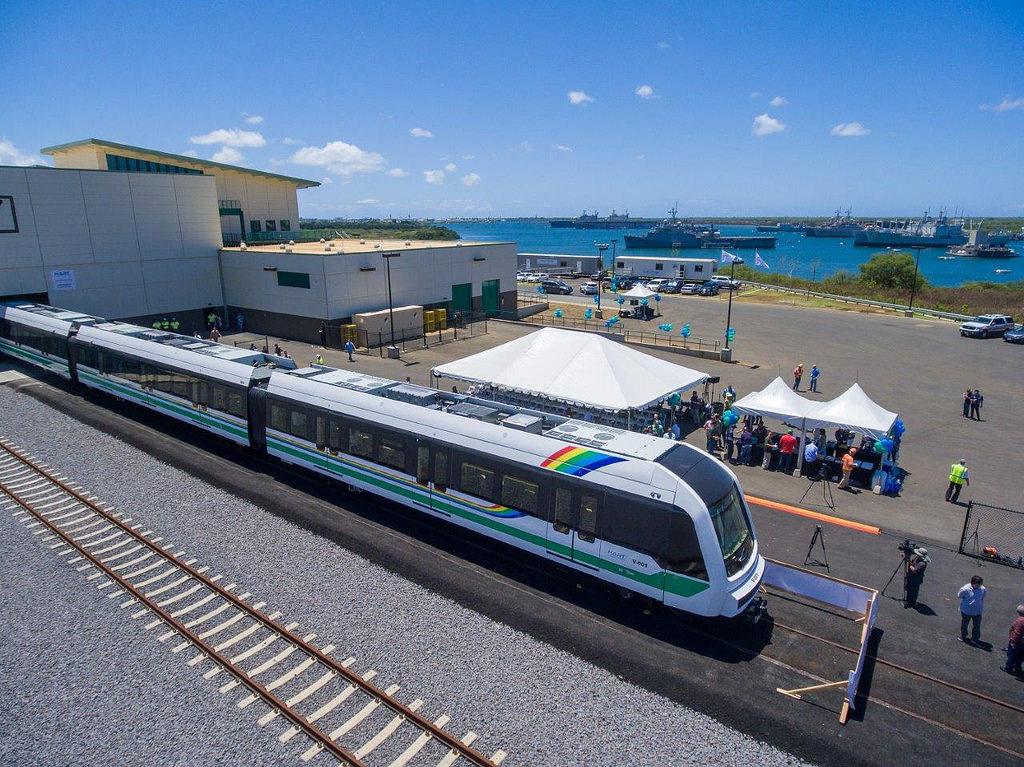 The following testimony was submitted to the U.S. Congress on June 22nd, 2017, to the House Transportation and Infrastructure Committee, Subcommittee on Railroads, Pipelines, and Hazardous Materials. The testimony was submitted to a hearing titled, “Building a 21st Century Infrastructure for America: Challenges and Opportunities for Intercity Passenger Rail Service.”

While the purpose of this hearing is to consider the future of intercity rail service and evaluate projects in some of the country’s largest cities, the Grassroot Institute of Hawaii would like to draw your attention to the issues that have dogged a federally-funded rail project in one of the country’s most isolated cities – the Honolulu elevated rail project.

It is our belief that the misrepresentations of the pro-rail lobby and industries have enmeshed the city of Honolulu and the state of Hawaii in a potentially disastrous public project. Not only have project costs ballooned beyond all expectations, but those same misrepresentations committed the Federal Transit Administration to help fund an initiative that (if completed as planned) threatens to be unsustainable without the infusion of additional funds.

We hope that the Department of Transportation’s Office of the Inspector General will be moved to mount a comprehensive fiscal and engineering audit of Honolulu rail that encompasses an investigation for fraud, waste, and abuse. However, until that occurs, we hope that Hawaii’s experience may be instructive in examining the pitfalls and promise of rail.

While the possibility of a commuter rail in Honolulu has been a subject of debate for decades, it wasn’t until 2008 that a bare majority (50.6%) of the electorate approved a ballot initiative giving the city the power to establish a steel wheel on steel rail transit system. During the lead-up to the vote, the City of Honolulu spent millions of dollars on a pro-rail campaign that promised rail would alleviate traffic congestion, lower commute times, and save energy, without affecting the environment or the aesthetics of the city.

Moreover, the city declared that a 34-mile elevated rail system going from the town of Kapolei to Ala Moana Center, Manoa, and Waikiki (in Honolulu) could be built for $3 billion.

Unfortunately, none of this would turn out to be true.

It is not unusual for a public project of this magnitude to outstrip its estimated costs, but even by that standard the Honolulu rail has eclipsed expectations.

Despite the optimistic $3 billion estimate, the City signed a Full Funding Grant Agreement with the FTA in 2012 based on a total cost of $5.2 billion. In 2015, that estimate had grown to $6 billion. Only a year later, it was revised upward to $8.6 billion. Then, in January 2017, the City put the estimate at closer to $10 billion. And some believe this is still too conservative.

Thus, at a very early stage of its construction, the Honolulu rail is headed toward at least an 83% cost overrun. And there are indications that those behind the project have always known the estimates were flawed.

In 2010, then-Governor Linda Lingle commissioned an audit by Infrastructure Management Group, which came up with a baseline cost of $7.8 billion for the project with a high-end estimate of $10.9 billion (which the project may yet exceed).

While the federal government is footing part of the bill for construction of the rail, the FTA recently threatened to suspend payments until the City could produce a plan to cover its funding shortfalls. Though the Hawaii legislature already passed a temporary surcharge on the state excise tax in order to fund the project, Honolulu’s mayor is now calling for an extension of that surcharge (or the
implementation of a different tax) in order to meet the city’s funding needs and the FTA’s requirements.

However, with the project already years behind and billions over budget, there’s no guarantee that this is the end of the rail’s fiscal woes. And that’s without getting into the problem of an estimated operating and maintenance cost of $100 million per year.

Misrepresentation and the Need for an Audit

The citizens of Hawaii are only beginning to grasp the scope of the rail problem. A recent poll showed support for the project has plummeted. At the same time, many wonder what can be done other than complete the project, regardless of the cost.

Most worrisome of all is the persistent belief that waste, fraud, and abuse have become an inextricable part of the project, lowering public faith in the rail and the City government. This lack of trust has led to a grassroots movement calling for a federal audit that can answer some of the most pervasive questions about the troubled project.

So far, thousands of Hawaii residents have signed our petition calling for a true independent audit to investigate the Honolulu rail project for fraud, waste and abuse. While it is true that there have been regular audits throughout the project, many question whether they were truly independent. Moreover, there has not been an audit to look specifically for fraud, waste, and abuse … including efforts to misrepresent the project to the public and the FTA.

At present, the Honolulu rail is in disarray. Mounting costs and declining public support have led to a political and financial crisis for the state. In the end, it may fall on the federal government to step in and determine the fate of the project. In short, it has become a cautionary lesson about the problems that can overtake a seemingly-popular infrastructure project when planning and cost analyses go awry.