Honolulu rail project most expensive in the world 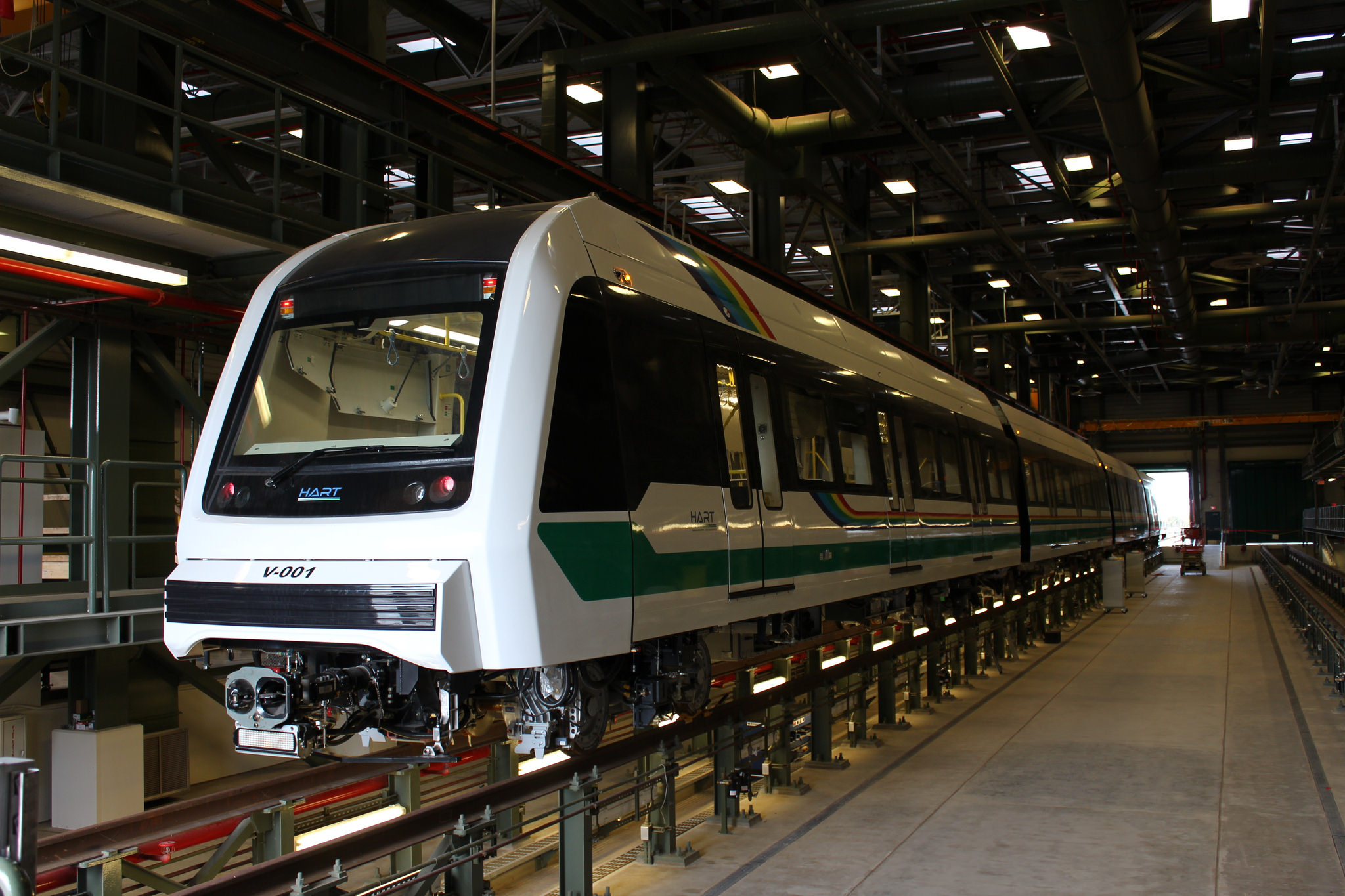 Considering how Honolulu’s rail project is shaping up right now, the average Oahu resident will have to pay almost $10,500 for its construction costs, which will make it the most expensive rail project in the world, per capita.

That’s based on the current official estimate of about $10 billion, though some experts have said the project could cost more than $13 billion, which would cost the average Oahu resident about $13,700.

“There is no question that the Honolulu rail project is the most expensive per capita of any publicly funded rail project in the modern age,” said Randal O’Toole, a transportation expert and senior fellow at the Cato Institute, a policy think tank based in Washington, D.C.

Even if the U.S. Federal Transit Administration kicks in the $1.5 billion it promised to help defray Honolulu’s costs — which at the moment is not a sure thing — the average Oahu resident would still be on the hook for $8,917.

On a per capita basis, Washington, D.C., has the second most expensive transportation project in the nation, the Metro, costing almost $3,000 per person, for a total of about $18 billion. The D.C. total cost is greater than Honolulu’s, but its per capita cost is considerably less because of its larger population (over 6 million people in D.C. versus 953,000 people on Oahu). 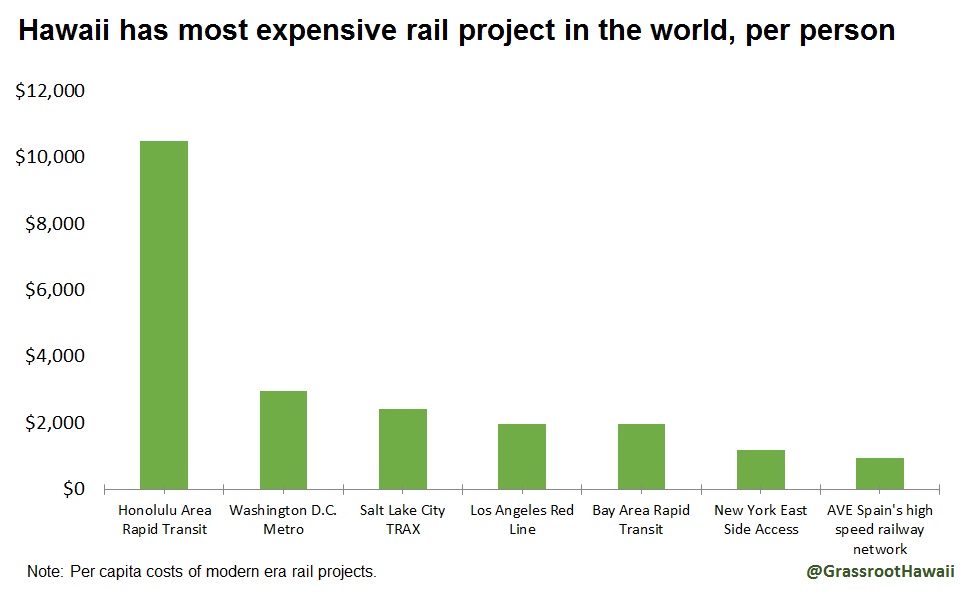 O’Toole noted that, “These are all in urban areas many times larger than Honolulu — more than four times in the case of San Francisco, eight times for Washington, 15 times for Los Angeles, and more than 20 times for New York.”

This means it will cost roughly $25,000 to $35,000 for the average Oahu family of three to pay off the cost of Honolulu’s long-controversial rail project, which so far is barely half-built and has its most difficult stretch, through Downtown Honolulu, looming ahead.

Those tens of thousands of dollars per family are funds those families could apply toward a home downpayment, college tuition, health care or just plain food and utilities. And that bill for rail does not even include what will be the ongoing costs of rail maintenance and staffing, which at the moment is expected to cost between $100 million to $200 million every year.

The Honolulu rail’s record high costs are nothing new, however. When the project ballooned from $3 billion to $5 billion, it was already the highest cost per capita.

“Even at $5 billion, I can definitely say that no rail project has ever cost more per capita than Honolulu’s,” O’Toole said. “At $10 billion or whatever the final cost turns out to be, it will be even more so.”

Spurred by the massive cost overruns, many citizens across the state have signed the Grassroot Institute of Hawaii petition calling for a full independent audit of the Honolulu rail project.

To date, there has never been a full independent audit investigating the rail for fraud, waste and abuse.

Anyone wishing to sign the petition to audit the rail can find it at www.AuditTheRail.com.