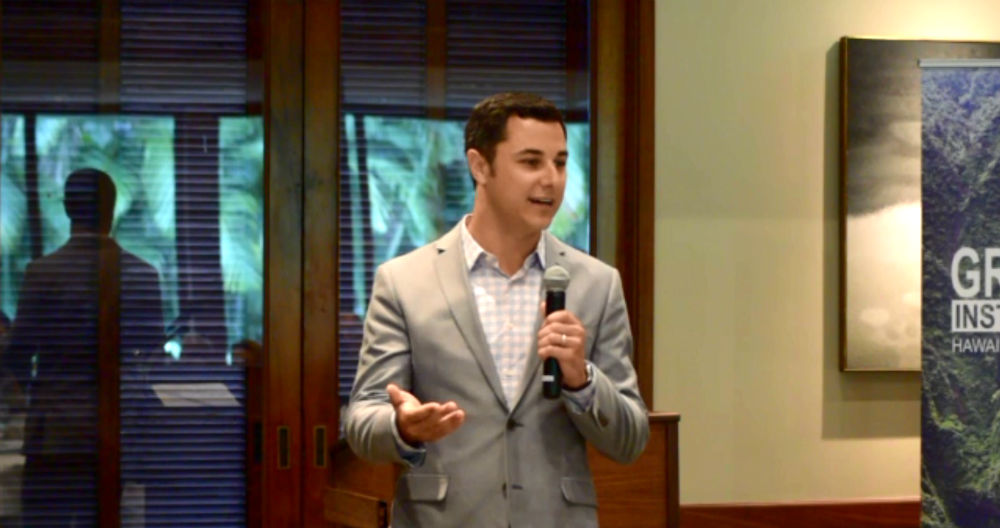 Jared Meyer, senior research fellow at the Foundation for Government Accountability, gave a talk on home-sharing in Hawaii. The talk was hosted by the Grassroot Institute of Hawaii on May 26th, 2017 in downtown Honolulu.

Jared said that Airbnb and other home-sharing applications are regulated by market demands for safety and quality, most notably, by star ratings. Apps like Airbnb allow customers and owners to rate each other, which gives other people information about their experience.

“I’m not naive enough to think businesses are going to regulate themselves ,” said Jared, but he added, “There’s just two ways to regulate: through consumers and government. And consumers are more than ever before able to do so.”

Responding to objections that home sharing is edging out space for long-term rentals, Jared said that the home sharing economy comprises a small fraction of rentals in Hawaii. “There’s half a million housing units in the entire state of Hawaii. Out of that, last year, Airbnb only had 8,000 full units, where it’s the entire house or the entire condo being rented out.”

Jared said that out of those units, only 970 units were rented out for over half the year. “That means out of half a million units, at most, 0.2 percent are being taken off the market because of Airbnb.”

Watch the video below: