Giving rail credit where it isn’t due 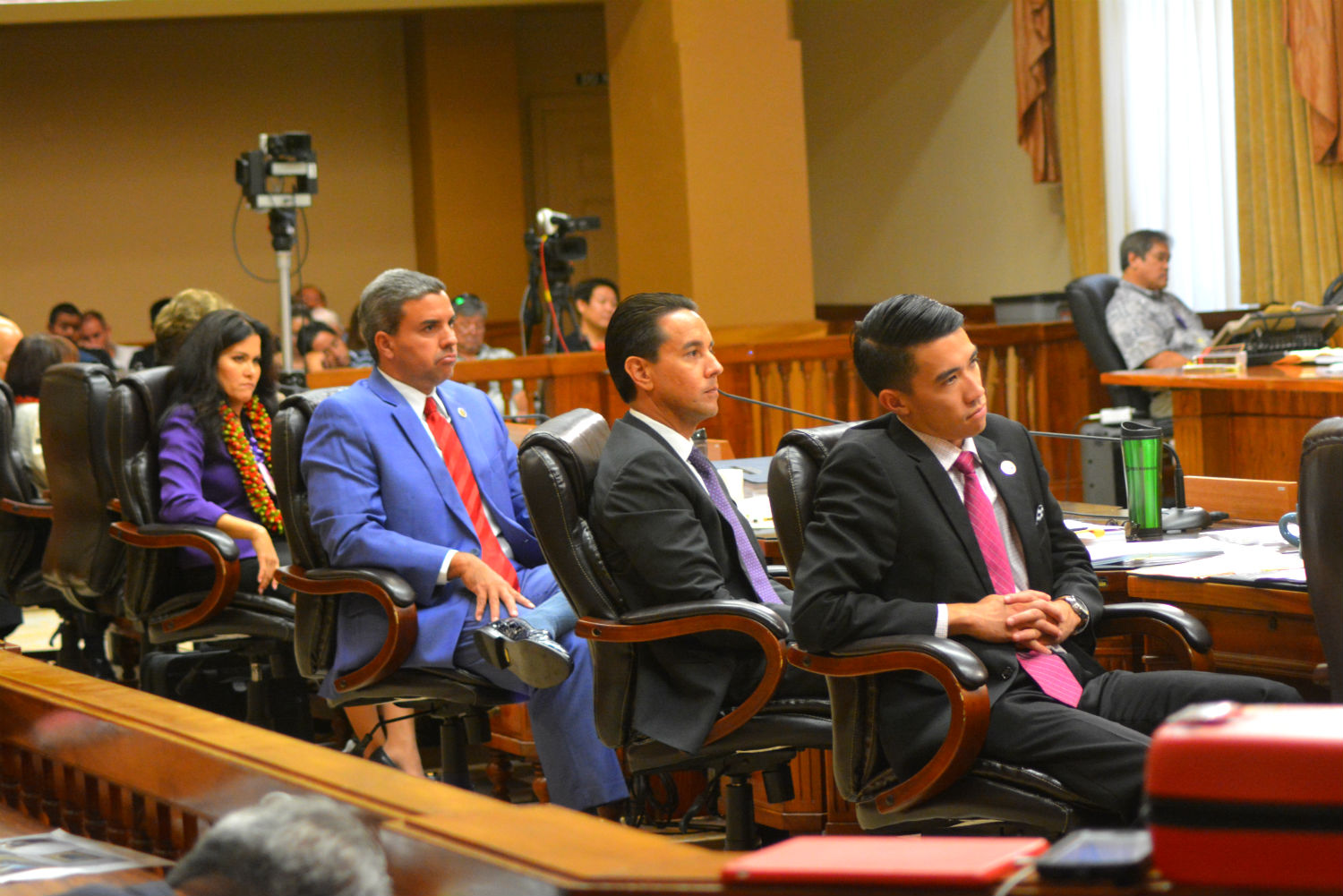 It’s not hard to understand why public opinion about Honolulu’s rail project has been souring.

The official talk may be all about promised construction and unfortunate funding gaps, but we’ve all seen this situation before on a smaller scale: It looks like a dysfunctional family squabbling over money — and we all know how those end.

The over-budget, behind-schedule rail is like the cousin who is always hitting you up for money. Every holiday (or legislative session, in rail’s case), Cousin Bubba is there, talking about how he needs just a little bit more to get his business off the ground. If you ask what happened to the money that his father gave him — or the loan Uncle Henry coughed up last Thanksgiving — he’s full of explanations about how things are getting more expensive, this is the price of business these days, etc., etc. You halfway suspect that the reason everyone keeps coughing up cash for him is because the whole family is afraid he’ll talk Grandma into taking out a second mortgage.

And Hawaii’s politicians are the ultimate enablers — your cousin’s parents and the aunties and uncles who keep giving in to him.

“He’s family,” they tell you as they pull out their checkbooks.

“He’s already come so far, we can’t abandon him,” they add, as he hovers by their shoulder, looking to see that they put the right number of zeros on the check.

You and a few of the other cousins have tried to intervene and stop the constant handouts, but the aunts and uncles all remember how cute and clever he was as a baby. And they just keep giving him money.

The worst part is that at this year’s Fourth of July reunion, they handed him your credit card.

On Wednesday, the Honolulu City Council approved a $350 million general obligation bond to help pay for the rail project.

None of the continuing questions about rail have been addressed. There is still no indication that the project will ever be able to pay for itself. And while a comprehensive forensic audit of the project is needed now more than ever, the project has successfully dodged it, especially since too few policymakers have stepped forward to demand an audit before doling out more money. Instead they’ve decided to rack up more debt.

You would think that the ongoing crisis with the state’s unfunded liabilities would have taught our state and city leaders the folly of creating massive obligations for future generations in order to please a small political faction today. Apparently, it hasn’t. And so, with no attempt to address the many problems that have dogged the rail project thus far, the city just committed more of our financial future to keep this construction folly barreling down the track.

In other words, Uncle Henry just pulled out your wallet, grabbed the highest-limit credit card you have, and handed it to your mooching cousin. And when you objected that he would ruin your credit and never pay you back, all you got were the same platitudes that politicians used to justify continued rail funding: “This is not the time for these questions. He needs it. And we can’t abandon him now.”

Meanwhile, Cousin Bubba is walking away with his latest stash of cash and a big smile on his face.