No need for special session this summer 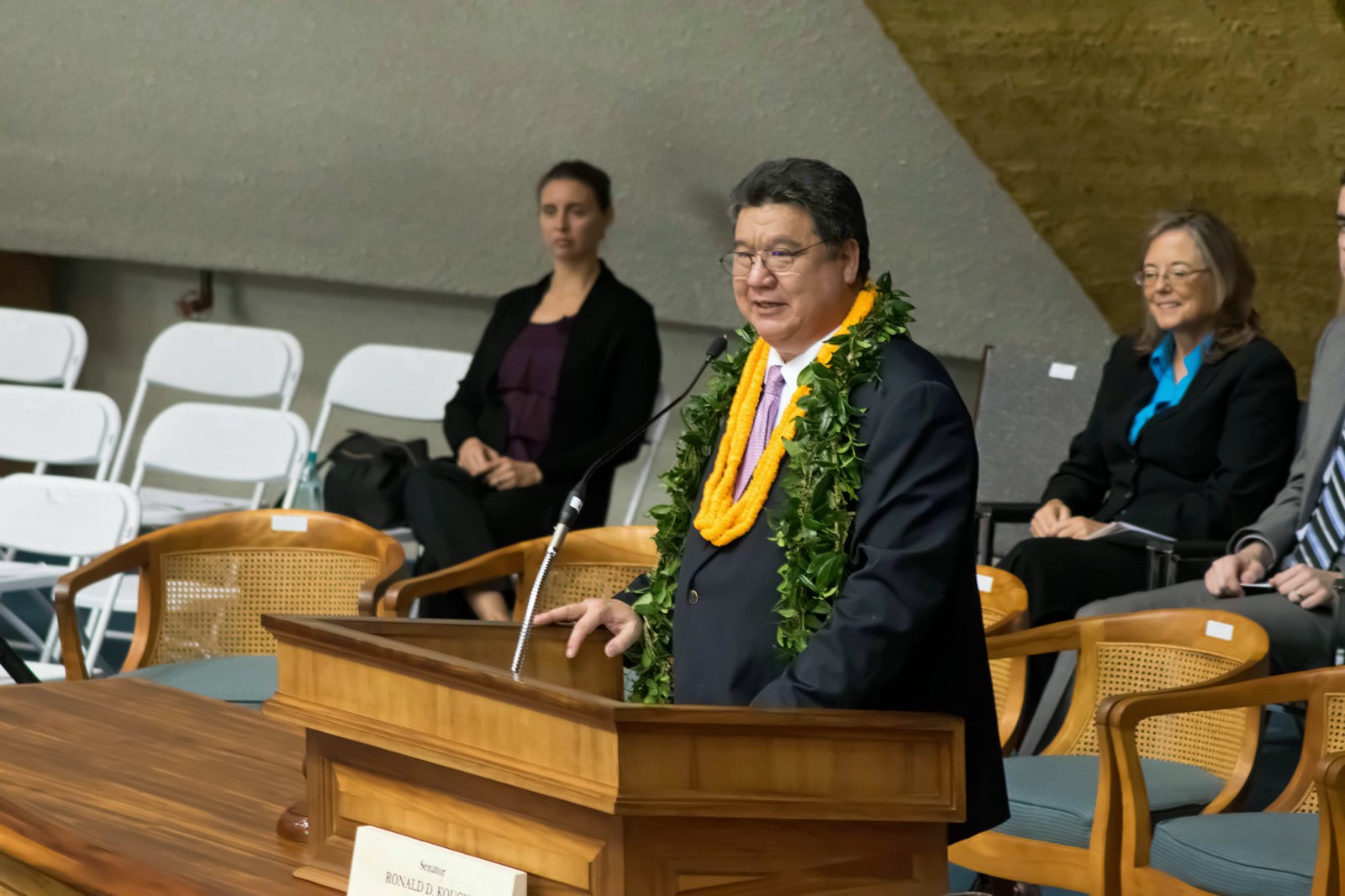 At the end of this year’s legislative session, some Hawaii policymakers talked as if the sky was falling around rail, which was projected to run out of cash by the end of the year.

Honolulu Mayor Kirk Caldwell said having the state Legislature meet in special session this summer to ensure some type of long-term state-related funding for rail was imperative to freeing up nearly $800 million in federal monies still allocated for the project.

Senate President Ron Kouchi and House Speaker Scott Saiki released a joint statement in June saying a special legislative session scheduled for August was, “necessary and prudent” to assure that the funding from the Federal Transit Administration was on track.

Since then, however, the immediate cash flow problems have been solved for the most part by the Honolulu City Council, which authorized the sale of $350 million in bonds to help bail out the project.

The bonds, which represent debt to Oahu taxpayers and of course will have to be paid back, will provide enough cash to continue the rail project for another year.

This puts the Legislature in an awkward situation. With the immediate cash-flow problem a thing of the past, there is no urgent need for a special session this summer. The legislators could, if they wanted, simply postpone the rail-funding issue until some time in the future, preferably until after a full forensic audit on the rail has been performed, to identify why the project is so over-budget and so far behind schedule.

This would give them more time and better information to help them make the difficult decision about whether to extend the existing Oahu surcharge on the state general excise tax, impose various other sorts of tax hikes or do nothing at all to help the city rescue rail.

In advance of the special session in August, one lawmaker last week leaked a state Senate presentation to the media that detailed many of the possible scenarios.

The first proposal listed in the report, “Option A,” is to not raise taxes at all and simply stop the rail at Middle Street. This may not be ideal in the eyes of those who dream of riding a train from Kapolei all the way to Ala Moana, but it would save Hawaii taxpayers from an avalanche of new taxes.

According to the document, if taxes were not raised, the Legislature “would not need to convene a Special Session.”

The document also lists a spectrum of tax-increase proposals, but these could be considered at a future date, without the need to meet this summer.

FTA officials might feel more placated if Hawaii’s legislators this month ensured long-term tax funding for rail, but they also might feel that the urgent funding shortfall has already been solved. This takes much of the wind out of the sails of rail boosters insistent about holding a special legislative session later this month.

One stated city concern is that any delay in guaranteeing long-term (never-ending?) state-related funding could endanger the city’s ability to receive reasonable bids over the next few months from contractors for two of the remaining large rail construction segments: the Pearl Highlands Garage and Transit Center and the City Center Guideway and Station.

But at this point, the city’s die-hard rail boosters have lost virtually all of their credibility about the financing and timing of the construction, and such pleadings must be viewed skeptically, considering how the finances of the local megaproject appear to have been handled in the past — which is rather poorly.

If the session does move forward, those attending should insist on obtaining accurate numbers from the city’s Honolulu Authority for Rapid Transportation, to help clear up the past, via a full, independent, outside forensic audit of the rail project.

Such an audit could be recommended by the Legislature without any need to tie it to tax increases or extra requirements, giving the legislators the extra benefit of political cover during an election year from those who would accuse them of being too eager to raise taxes in a state where the cost of living already is one of the highest in the nation.

It also would provide them with better information before making crucial decisions affecting all of us who live here, as well as the many who come here to visit.