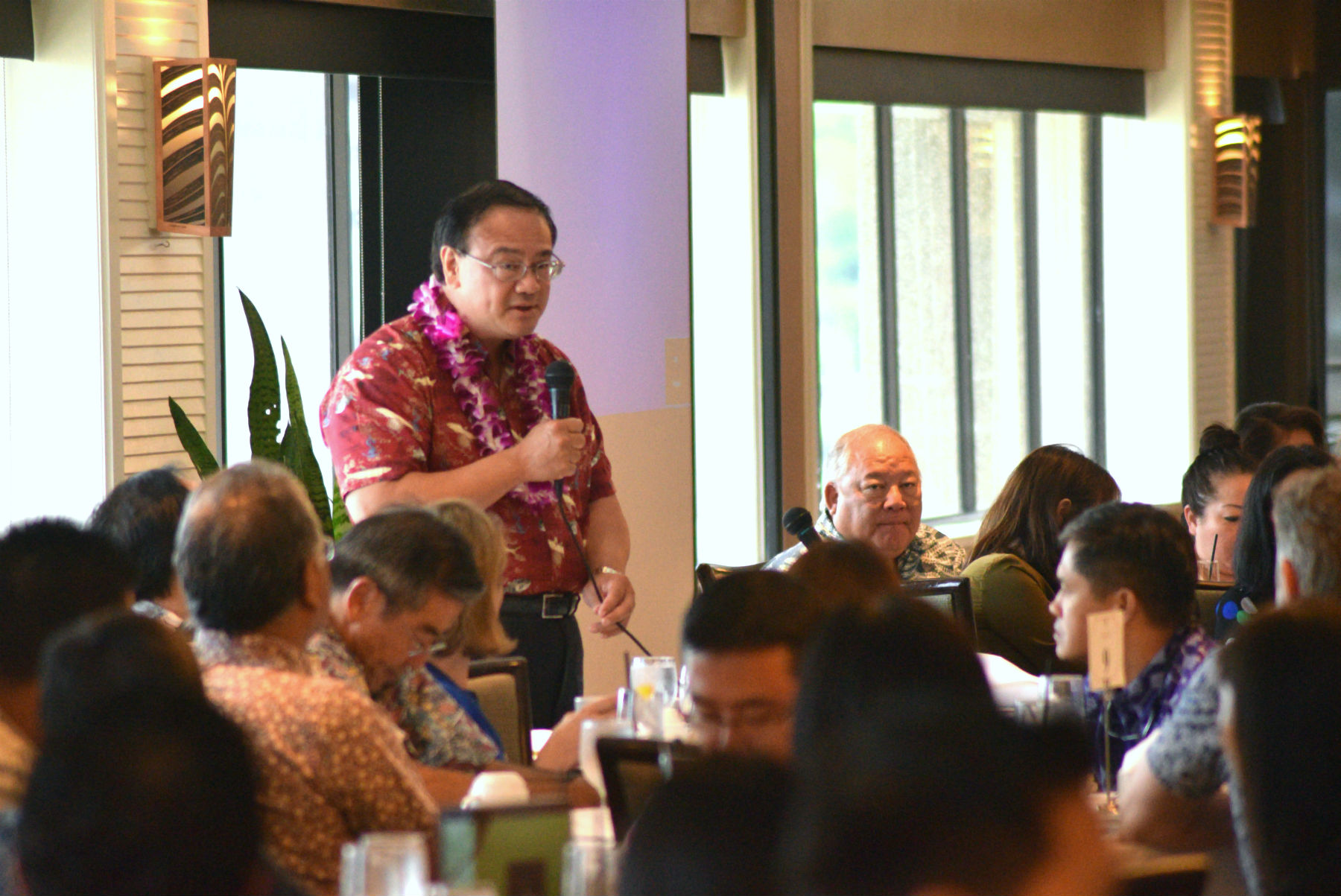 On Thursday, I had the honor of speaking at the Tax Foundation of Hawaii’s annual luncheon, along with Tom Yamachika, president of the foundation, and Gavin Thornton, co-executive director of the Hawaii Appleseed Center for Law and Economic Justice.

During the panel discussion, we explored whether Hawaii’s tax code was “fair” or not.

I told a story about Confucius, who was asked by a ruler whether it was OK to keep getting richer and richer.

Confucius said to the ruler: So long as when you get richer, the poor get richer.

The real question we should be asking is: How do we make everybody more prosperous?

Hawaii’s tax code does little to help our people prosper. Our state is ranked at the bottom of many national lists in terms of its tax burden — and our economic freedom.

According to the Fraser Institute’s Economic Freedom of North America report, for which the Grassroot Institute of Hawaii is co-publisher of the Hawaii edition, Hawaii ranks near the bottom of all states, 46th, in economic freedom.

Hawaii also has the second highest taxes on the wealthy, with an 11 percenttop marginal income tax rate.

Hawaii also hurts the poor and middle-income residents with the worst “sales” tax burden in the nation, dead last at No. 50 on the Rich States Poor Statesreport, published by the American Legislative Exchange Council.

We also tax more goods and services than any other state in the nation.

Instead of talking about fairness, we should be focusing on how to give everyone in Hawaii the opportunity to be prosperous.

Reducing taxes in Hawaii — and keeping them simple and transparent — would be a great first step toward creating more wealth for everyone in the islands.