More reason to ‘Audit the rail’ 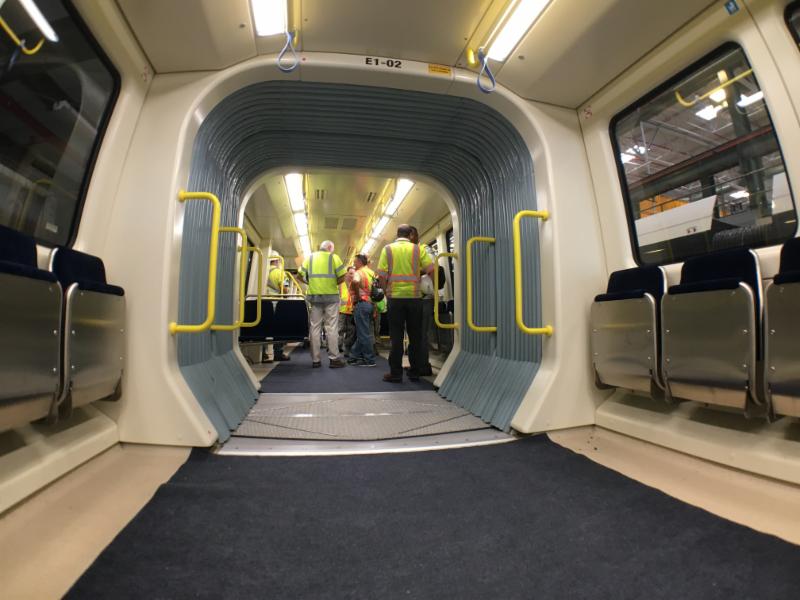 Oct. 24, HONOLULU — New revelations from the Federal Transit Administration (FTA) have raised questions about whether City and County of Honolulu employees and elected officials misrepresented the federal government’s position in order to persuade the Hawaii Legislature to approve a favored tax increase and funding plan for rail.

Obtained by the Grassroot Institute of Hawaii via a Freedom of Information Act (FOIA) request, the FTA’s clarification directly contradicts testimony given by Honolulu Mayor Kirk Caldwell, and gives additional weight to calls for a forensic audit of Honolulu’s vastly over-budget and behind schedule rail project.

Speaking before the state Legislature on Aug. 14, Caldwell stated unequivocally that, “Funding must be adequate to fully fund the project all the way to Ala Moana Center.” He added, “The FTA will allow nothing less.”

Caldwell’s claim was based on an August 2016 report by the Honolulu Authority for Rapid Transportation (HART), following a series of meetings between HART and FTA representatives, in which HART asked for an extension on the FTA’s deadline for a rail “recovery plan.”

Following the August meetings, HART representatives reported that the FTA would not accept halting construction at Middle Street, and that anything other than continuing to Ala Moana would jeopardize the funding.

However, HART’s next actions undermined the claim that the FTA had fully rejected any plan other than the Ala Moana one. According to the FTA, in October 2016, HART submitted an interim recovery plan that included a “Plan B” option that would stop short of Ala Moana Center. The revised recovery plan, submitted by HART on Sept. 15, 2017, did not include a “Plan B,” so the federal agency did not consider it.

At no point did the FTA reject a “Plan B” option. The response from the FTA to the Grassroot Institute FOIA request, inquiring whether it had rejected a plan to end the rail at Middle Street or another location, makes it clear that the agency never made a determination one way or the other. According to FTA:

“The October 2016 Interim Recovery Plan that HART submitted to FTA for the Honolulu Rail Transit Project proposed two options: ‘Plan A’ for the completion of the entire 20-mile, 21-station project, as originally set forth in the 2012 Full Funding Grant Agreement (FFGA), and a financing plan that would cover all of HART’s cost overruns; and ‘Plan B’ for a shorter project of independent utility and local termini at a downtown station to-be-determined that could be completed within the current financing envelope of approximately $6.8 billion.

“HART indicated that Plan A was their preferred option. FTA never made a determination as to whether a Plan B, which would have required additional environmental reviews and renegotiating the terms of the Full Funding Grant Agreement, would potentially be feasible or acceptable. HART’s revised recovery plan, submitted on September 15, 2017 no longer included a Plan B.”

“The Legislature pushed through an unpopular tax based on faulty information,” he said. “It’s clear that HART and other public officials skewed the truth about rail in order to advance their agenda. This is exactly why the public has lost trust in the project — and in the state leaders who are not pushing for greater honesty and transparency from HART.”

Akina concluded: “The Grassroot Institute of Hawaii has long advocated that a forensic audit of the rail project be conducted, with the goal of uncovering possible waste, fraud, or abuse. The fact that city officials would play games with the truth in order to get more funding is more evidence that this accounting is long overdue. I urge the governor and Legislature to act immediately and demand a thorough forensic audit of rail.”

The Grassroot Institute of Hawaii is an independent, nonprofit research and educational institution devoted to promoting individual liberty, economic freedom and accountable government.