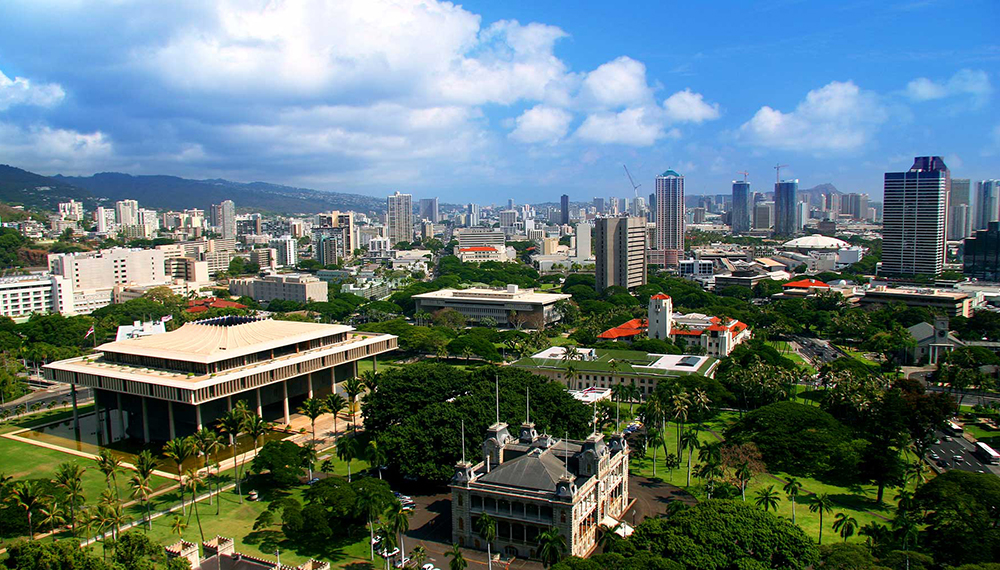 HONOLULU, Dec. 14, 2017  >> Hawaii moved up a notch nationwide in 2017 in terms of economic freedom, but the Aloha State still is near the bottom, according to factors from 2015 analyzed in the Economic Freedom of North America report, released today by the Grassroot Institute of Hawaii in conjunction with Canada’s Fraser Institute.

Keli’i Akina, Ph.D., Grassroot Institute of Hawaii president, cited onerous taxation and regulation as the primary drivers behind the state ranking 45th out of 50 states, up from 46th the year before.

“The Economic Freedom index is a good way to measure government interference in the free market,” Akina said. “Unfortunately, in Hawaii, we find that red tape and excessive taxes have throttled our economic freedom, thus raising the cost of doing business, limiting economic growth in the state.”

Also notable was its low score for labor market freedom, as measured by “union density,” or percentage of workers in Hawaii who belong to unions.

Where the state performed better was in its comparatively low property taxes and minimum-wage laws.

“Hawaii must change,” Akina said, “from a state that routinely ranks among the lowest in economic freedom and promise to one that leads the world. And that begins by adopting policies that promote lower taxes, less government intrusion and free enterprise.”

Akina said similar studies have shown similar results, including “Rich States Poor States,” in which Hawaii’s economic outlook for 2018 was ranked 43rd out of 50, and the “State Business Climate Index,” in which Hawaii ranked 26th nationwide in 2017 in terms of favorable business climate.

Akina said Hawaii policymakers would do well to heed the recommendations of this latest report, which endorse economic freedom as the path to greater prosperity and social well-being.

“Time and again,” Akina said, “we are given the reasons why our state is falling behind in economic outlook, and it comes down to the excise tax, high marginal tax rates and government regulation. And yet, lawmakers continue to try to raise those taxes and put more restrictions on business owners.”

Akina said, “if we want to put more money into the pockets of working men and women in Hawaii, we must embrace policies that will increase — not lower — our economic freedom ranking. This year, the Legislature should take this guide as a model and look for opportunities to lower taxes, increase employment and cut government spending.”

For the third year in a row, New Hampshire had the highest level of economic freedom among all U.S. states. It scored 8.3 out of 10 in this year’s report, which measures government spending, taxation and labor market restrictions, using data from 2015, the most recent year of available comparable data.

Rounding out the top five freest states were Florida and Texas (tied for 2nd), South Dakota (4th) and Tennessee (5th).

For the third year in a row, New York was ranked the least free (50th), followed by California (49th), New Mexico and West Virginia (tied for 47th), and Hawaii and Mississippi (tied for 45th).

Fred McMahon, the Dr. Michael A. Walker Research Chair in Economic Freedom at the Fraser Institute and report co-author, explained that, “The freest economies operate with comparatively less government interference, relying more on personal choice and markets to decide what’s produced, how it’s produced and how much is produced.”

It measures the degree to which the policies and institutions of U.S. states and Canadian provinces support economic freedom.

This year’s publication ranks 92 state and provincial governments in the United States, Canada and Mexico. It also updates data from earlier reports in instances where that data have been revised.

For more information on the EFNA Network, datasets and previous Economic Freedom of North America reports, visit www.fraserinstitute.org/economic-freedom. You can “like” the Economic Freedom Network on Facebook at facebook.com/EconomicFreedomNetwork.