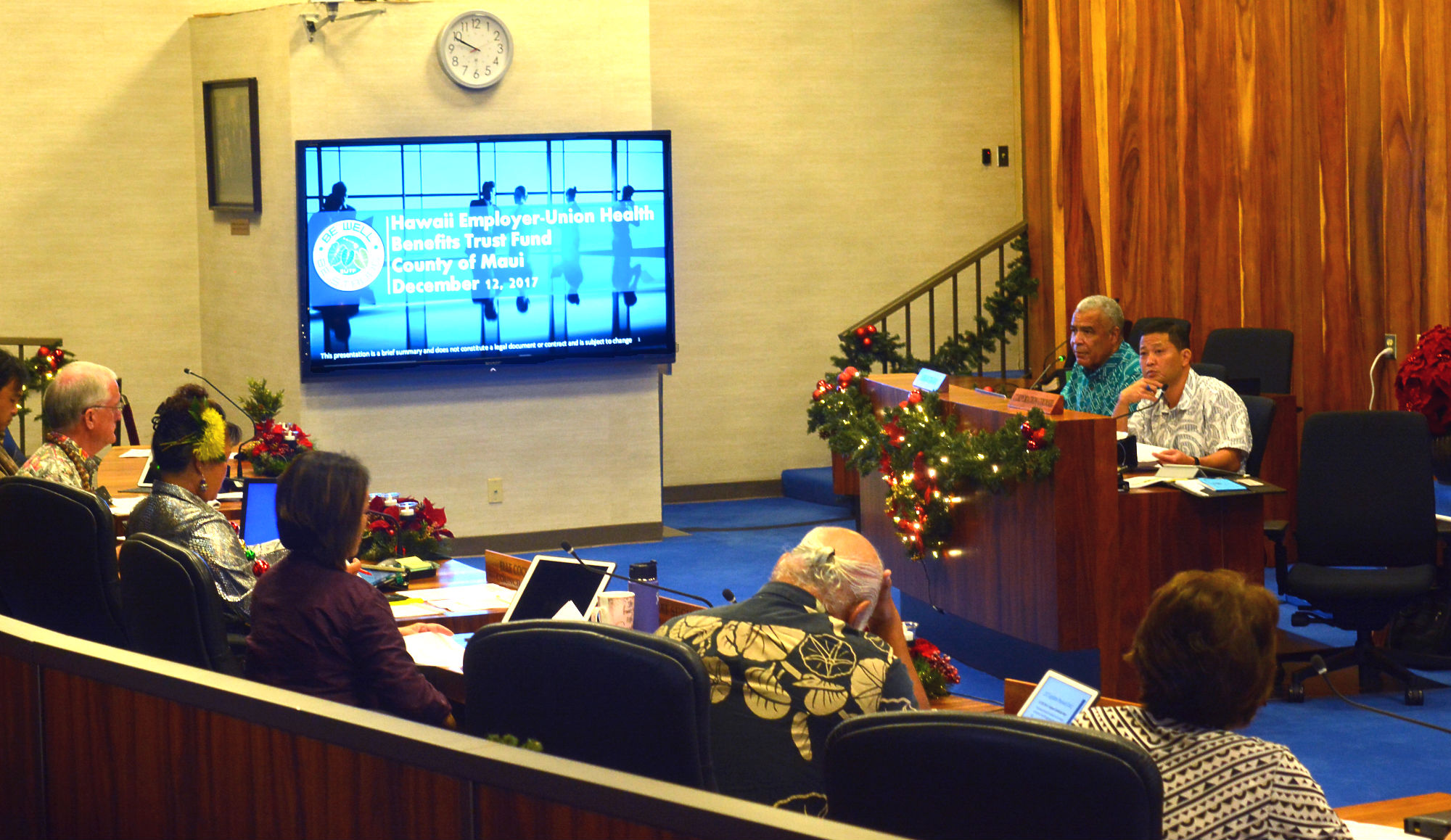 From a presentation by state public pension representatives, the Council members learned that Maui County’s tax payments to the Employee Retirement System (ERS) and the state Employer Union Trust Fund (EUTF) in fiscal 2017 totaled $56 million. However, that total will increase to $66 million in fiscal 2018, $76 million in 2019, $84 million in 2020, and $94 million in 2021. 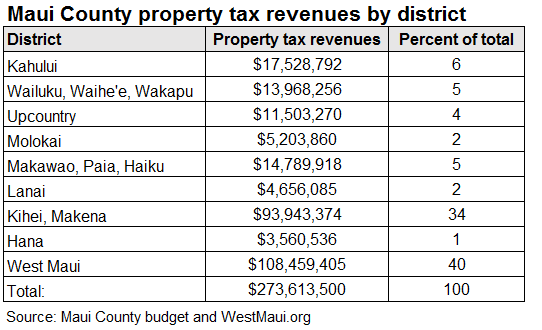 “Just these two costs in the upcoming years require all of the taxes from six of our nine districts,” said Maui Councilmember Mike White. “I’m just kind of stunned by that.”

Maui Councilmember Riki Hokama hinted that new tax increases might be needed to “come up with major chunks of new cash.”

Hokama also asked Thom Williams, executive director of the ERS, if the debt would still be owed if the county went bankrupt.

“Because we’ve had sister counties that went bankrupt, on the U.S. main(land),” Hokama said,
“do their obligations disappear upon bankruptcy, or is that entity still held responsible for obligations due to employees who are retirees?”

Williams answered: “I think it varies state to state, quite frankly, because I don’t believe that — you know — you can’t get blood out of a turnip. I mean, maybe the liabilities are still there, but if you have no monies to meet those liabilities, it almost doesn’t matter whether you retain them (the liabilities).”

“Membership in any employees’ retirement system of the State or any political subdivision thereof shall be a contractual relationship, the accrued benefits of which shall not be diminished or impaired.”

This presumably means that if the counties went bankrupt, the first item to be paid off would be public pension and health benefits, at the expense of all other county operations.

Hawaii is one of only seven states to protect public benefits in the state constitution. The other states are Alaska, Arizona, Illinois, Louisiana, Michigan and New York.

At least one of those has snipped away at its public benefits, despite a constitutional protection. In 2013, Michigan courts ruled that public pensions could be cut following the Detroit bankruptcy. This paved the way for cuts of $1.33 billion in public benefits, which included a 4.5 percent pension cut, a reduction in health insurance and a halt to cost-of-living increases.

As Williams pointed out: “The city of Detroit, which endured bankruptcy, they ended up actually reducing the benefits that were owed to their city employees.”

California does not protect public employee benefits through the state constitution, but rather through a series of court cases resulting in the “California rule,” which seemingly prohibits pension changes. Nevertheless, in a 2014 bankruptcy case involving the California city of Stockton, federal judge Christopher Klein suggested that pension benefits could be cut, despite the “California rule”, saying, “Bankruptcy is nothing but the impairment of contracts.”

The city did not ultimately cut pensions, but it could have.

More recently, a case involving San Diego public pension cuts is before the California state supreme court, but likely won’t play out until next year or 2019.

Williams said Hawaii’s Constitution could be open to interpretation when it comes to reducing benefits for current hires.

Considering that county bankruptcies are, in fact, possible, it would be in the best interest of Hawaii’s public employee unions to help fix the state’s unfunded liabilities problem, before the counties conclude they have no option but to renege on their promises to retirees.

The public employee unions and our legislators should work together to craft reasonable pension reforms that are in line with what Hawaii taxpayers can afford.