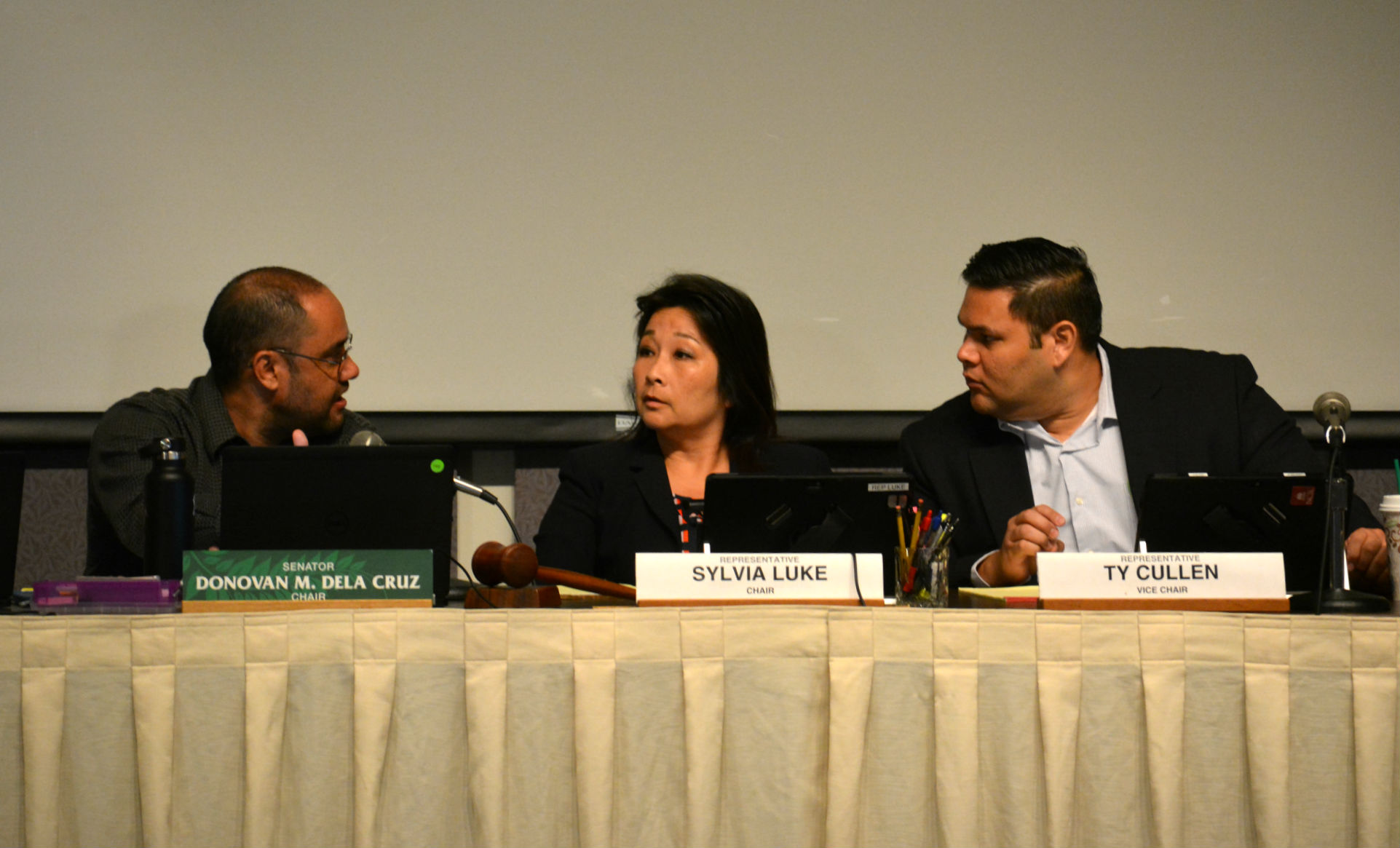 This week, Grassroot Institute of Hawaii staff attended the annual budget hearing at the state Capitol. Perhaps it was due to the recent departure of state Director of Finance Wesley Machida, but this year’s session was long on questions and speech-making but short on answers. More than one House legislator  asked about cuts to federal programs that might leave Hawaii holding the budgetary bag.

Rep. Sylvia Luke made it clear that she and her colleagues are expecting the federal government to reduce government services because of the recent tax cuts. She suggested those cuts would be to Medicaid or Medicare, and asked whether the Department of Budget and Finance was planning for that possibility.

Luke didn’t cite a source for the rumored impending Medicaid cut, but she added that “the tax cuts provided recently have been so huge that we’re kind of looking for the other shoe to drop, where it’s going to come down as an impact on government services.”

Acting Director of Finance Laurel Johnston told Luke that department officials don’t know what the federal government might do in terms of cuts, and therefore couldn’t say what the probable fiscal impact might be. Still, Johnston acknowledged the legislators’ concern about the future of state programs that depend on federal dollars.

Which leads to a bigger question: What should Hawaii do if the federal government starts cutting funding to any of the many state programs dependent on federal dollars?

And we’re not necessarily talking about health care. The administration just told New York and New Jersey they would have to fund their $13 billion Hudson Tunnel rail project on their own, backing out of an Obama-era promise to foot half the bill.

Tellingly, one of the reasons the two state governments were depending on federal funding was because local tax hikes to pay for the project would be very unpopular.

Undoubtedly it would be a strain, at least initially, for Hawaii to lose federal tax dollars, but there might be something valuable to be gained. Perhaps it would force the state and the counties to operate within their means, instead of depending on Congress to make ends meet.

It could initiate a more fiscally responsible approach to managing the state budget, and thereby lead to a stronger, healthier state economy.