‘Let’s not be greedy’ 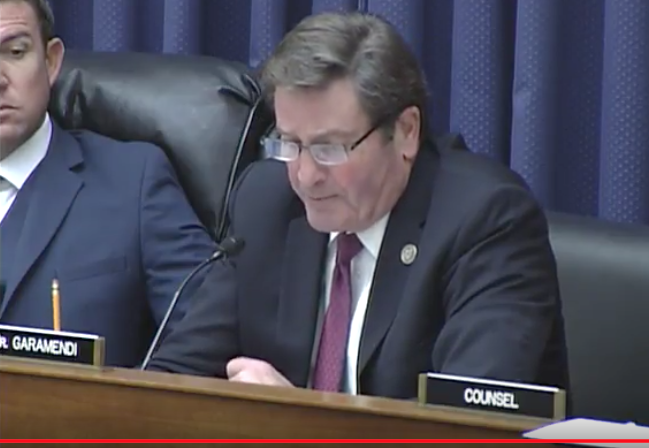 Watch out for your wallet!

In a classic case of imposing on the many to benefit a few, Jones Act supporters in Congress are angling to require petroleum and liquid natural gas produced in the United States be shipped on only so-called Jones Act ships.

At the Jan. 17, 2018 hearing of the House Subcommittee on Coast Guard and Maritime Transportation, Rep. John Garamendi said a proposal would be introduced to require a portion of America’s exported crude oil to be shipped on Jones Act-compliant vessels — meaning ships built in U.S. shipyards and owned and and operated by Americans.

“If we were to require, as we once did with the North Slope of Alaska, that all of that oil be on American built ships — but not let’s not be greedy; let’s just say 5 percent — we could substantially increase the number of ships built in America by a significant number,” Garamendi baldly and unashamedly stated.

The committee — consisting of Democrats and Republicans, all of whom support the Jones Act — also explored requiring liquid natural gas (LNG) to be carried on Jones Act ships, despite the fact that currently no Jones Act-eligible tankers exist capable of carrying LNG.

Garamendi, a Democrat from California, estimated that in 10 years, it would take 140 ships to export LNG from the United States to foreign ports.

“If just 5 percent of that were on American-built ships, we’re talking some seven ships,” he said.

Garamendi said he expected the proposal would be supported by America’s shipbuilders and mariners, but probably not by the petroleum industry.

“But 5 percent, 10 percent, they could do it; they could live with that,” he said confidently.

“This leaves us at the lowest number in the deep sea fleet in recent history,” Hunter said.

What the committee didn’t discuss is how the Jones Act itself has contributed to the sharp decline in U.S. shipping. The protectionist law has made U.S. shipping companies less competitive, resulting in less work for both the companies and their shipbuilder and mariner unions. Protecting special interests in the U.S. from foreign competition has come at the expense not only of the economy as a whole, but of those special interests as well, leaving them desperately trying to come up with legislative solutions to create U.S. shipping demand.

Instead of adding more rules onto the Jones Act, U.S. policymakers should, at the very least, allow American companies to ship products on foreign-built ships. This snipping of red-tape would ultimately help everyone in America’s economy, by lowering consumer costs, increasing trade and creating more entrepreneurial opportunities.