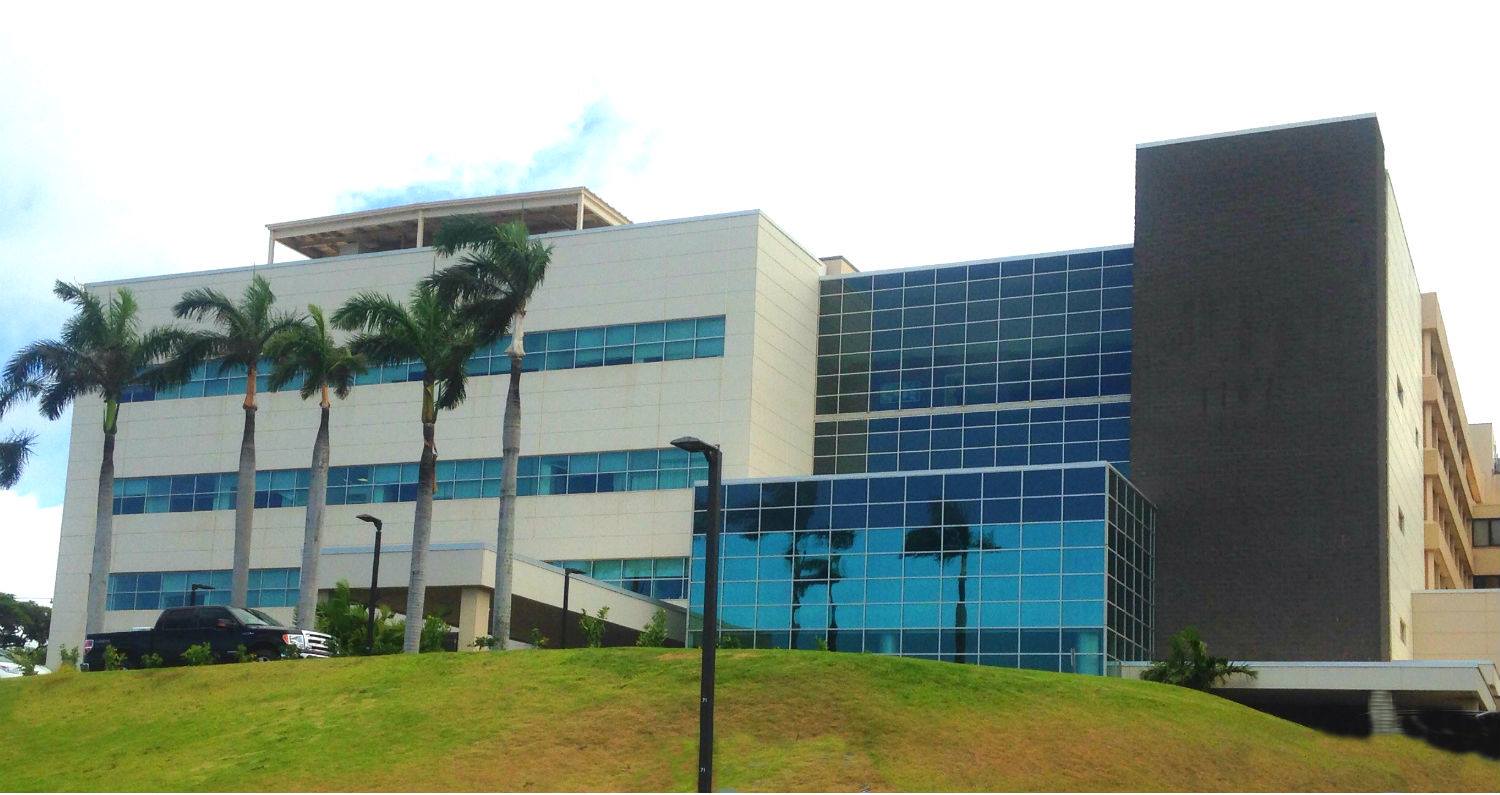 After years of hemorrhaging millions of Hawaii taxpayer dollars, the three state-run hospitals in Maui County have been turned over to a public-private partnership that now is improving the quality of the medical services at those facilities while reducing their financial burden on the public.

Maui Health System, an affiliate of Kaiser Permanente, took over management of Maui Memorial Medical Center, Kula Hospital, and Lanai Community Hospital in July 2017 from the state’s Hawaii Health Systems Corp. (HHSC), which required $43,276,265 in state subsidies to keep the three hospitals running in 2014 and $43,734,699 million in 2015.

In 2016, the HHSC required $121 million in state subsidies — 15 percent of its budget — to keep all its medical facilities statewide operating.

For fiscal 2017, those higher costs included $30.6 million for union worker severance benefits, and in total amounted to almost $90 million. In fiscal 2018, the total will be almost $70 million. Afterward, the subsidies are expected to decline to $11.5 million by fiscal year 2022 — a reduction of over 75 percent, compared to the pre-transition high in 2015.

If such budgeting remains on track, the new hospital management could save the state $27.3 million in the years through fiscal 2022, and eventually as much as $46 million a year (the 2015 high), if the subsidies ever are eliminated completely. 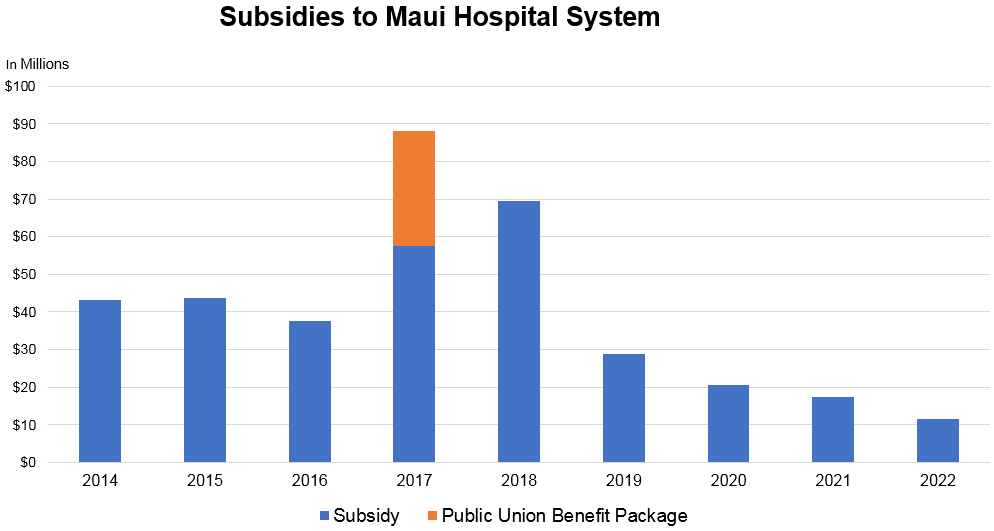 The greatest savings at the three hospitals likely will come from control over employee costs. When they were state-operated, their employees’ wages and benefits were determined through collective bargaining between the employees unions and state negotiators on Oahu. This left the hospitals out of the negotiations, usually saddling them with unsustainable employee benefits.

This is still the case at the remaining 12 state-run hospitals and medical facilities, where employee salaries and benefits on average account for 61 percent of all expenses; at Kohala Hospital on the Big Island, the total is almost 75 percent, the highest in the state. For the three hospitals in Maui County, however, Maui Health System can now, for the first time, negotiate directly with the United Public Workers (UPW) and Hawaii Government Employees Associatiom (HGEA) unions.

Of course, hospitals are about more than just labor relations and meeting a bottom line, and the 2015 law that enabled the management transition, HB 1075, was structured to induce Maui Health System to not only reduce the cost of its medical services, but also improve the quality of its patient care. If the quality-improvement guidelines in HB 1075 aren’t maintained throughout Maui Health System’s 30-year contract, or if the new management requires increased subsidies, the state can fire Kaiser Permanente and find a new company to take over.

Some improvements have increased efficiency, like the transition from paper to electronic filing. Others have increased transparency, such as Maui Health System’s new patient portal that allows instant access to personal medical records via the internet.

There also has been improved patient safety, through the introduction of the Pyxis medication-management system, which at other U.S. hospitals has reduced potentially deadly — and costly — medication errors by as much as 33 percent.

And there has been increased job opportunities for Hawaii nursing graduates.

Prior to the transition, Maui Memorial employed a significant number of traveling nurses from other states, who saved the hospital money because they were already highly skilled and didn’t receive benefits. As former hospital Chief Executive Officer Wesley Lo explained to the Honolulu Star-Advertiser, Maui Memorial simply couldn’t afford to hire many new local nursing graduates because of the cost of training.

Maui Health System’s Ely said the hospital has since has reduced its traveling nurses staff by more than half, creating much-needed jobs for residents and improving the quality of care through reduced employee turnover.

In these and other ways, the three hospitals in Maui County are paving the way for all state-run hospitals to be privatized.

“Privatization is needed to provide the services in this community that we need,” he told Hawaii Business magazine. “There’s still almost 40 percent of the population on this island that goes to Oahu or Maui for their health care. Our goal is to grow our services here. We need a partner to do that.”

If Maui Health System can continue to improve patient care while reducing taxpayer costs, the state should consider privatizing more of its medical facilities. That would appear to be the easiest and best way to spread medical innovation, improve patient medical care and relieve Hawaii taxpayers of an oppressive financial burden.