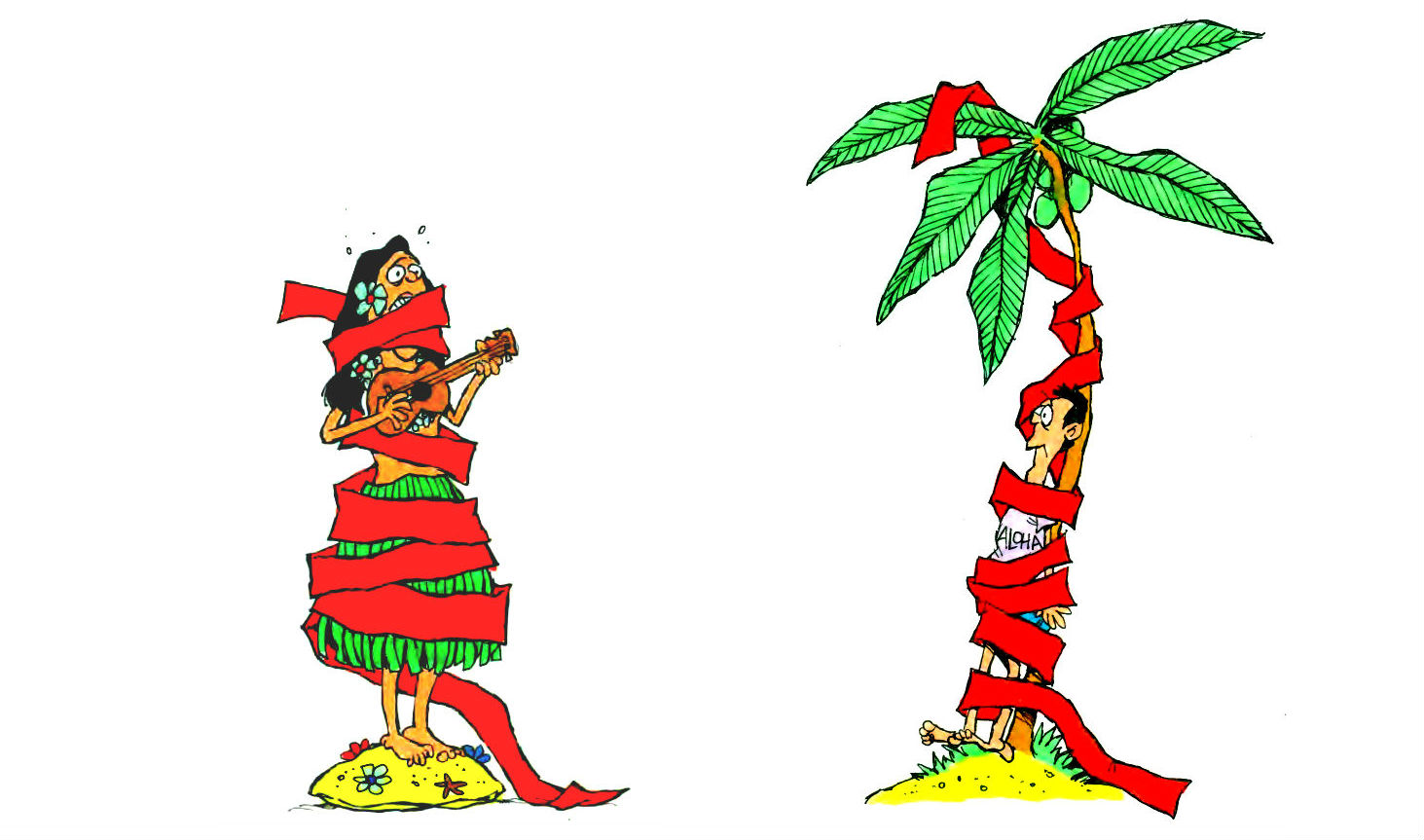 It is commonly said that Hawaii has too many government regulations, but how many regulations are there exactly?

The answer: Nobody knows.

However, researchers from the Mercatus Center have embarked on a project to count by the end of this year the number of regulations in every state, and this could give Hawaii policymakers a better idea of the local total as early as this summer.

So far, Mercatus has counted regulations in 18 states[1]: Arizona, Colorado, Connecticut, Illinois, Kentucky, Maryland, Michigan, Minnesota, Missouri, Nebraska, New York, North Carolina, Oregon, Pennsylvania, Utah, Virginia, West Virginia and Wisconsin. The number of individual restrictions in each of those states ranged from 63,919 in Arizona to more than 300,000 in New York. 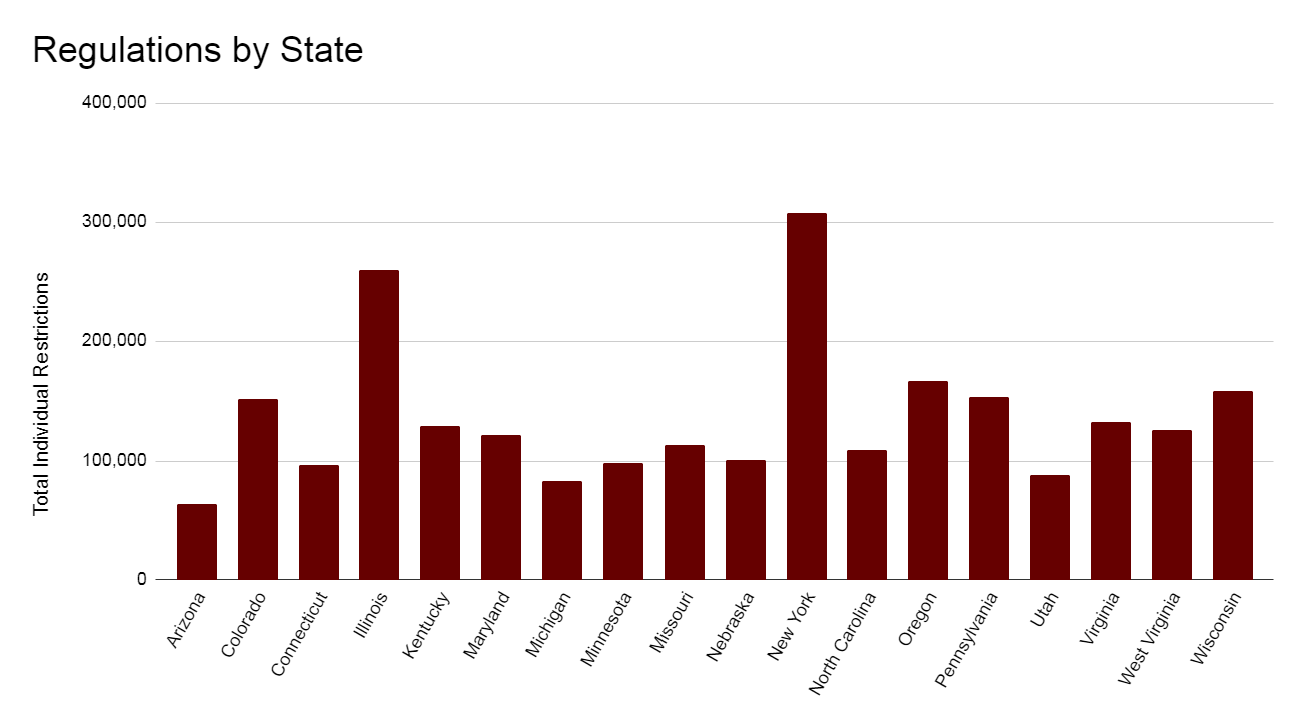 The nonprofit think tank at George Mason University in Fairfax, Va., also has already tallied the number of federal regulations, which it defines as “instances of terms such as shall, must, may not, prohibited, and required, in the Code of Federal Regulations.”

By that definition, says the Mercatus Center, there are more than 1.08 million federal regulations, which the Washington, D.C.-based Competitive Enterprise Institute has estimated cost the nation about $2 trillion a year, or about  $15,000 per U.S. household.

Add in the cost of Hawaii regulations and we could be talking some real money here!

Why is it important to count government regulations? Because they often constrain and even throttle peaceful and productive economic activity and opportunity.

Mercatus found that the U.S. economy would have grown 25 percent larger by 2012 if the number of regulatory restrictions had been held constant since 1980.

According to a report put out by the Canadian Federation of Independent Business, businesses in the U.S. in 2012 spent an average of 3.9 billion hours complying with government regulations, which translated to the work of about 2 million full-time employees.[2]

Obviously, reducing regulations could save business owners a significant amount of time and money, which in turn could be used to expand their businesses and increase employment.

This may be one reason President Donald Trump set a goal of pruning two existing regulations for every new one. In practice, the administration has taken 67 “deregulatory actions” compared to three categorized as “regulatory.”

Most notably for Hawaii, Trump listed the Jones Act waiver as a “deregulatory action.” In addition, 1,579 regulatory actions were withdrawn or delayed, according to the administration.

This effort to deregulate has given business leaders “a newfound confidence,” reports The New York Times, “not so much because deregulation is saving companies money but because the administration has instilled faith in business executives that new regulations are not coming.”

In Hawaii, a tally of regulations could give lawmakers a starting point when deciding whether to increase or decrease red tape.

In jurisdictions where regulations have been counted, knowledge about their scope has helped policymakers craft better legislation — offering a lesson on where Hawaii could go from here.

For example, during the 1990s, the province of British Columbia had one of the worst performing economies in Canada. Laura Jones, executive vice-president of the Canadian Federation of Independent Business, said she realized she was looking at a “silent job killer” after counting more than 380,000 regulations.

The province subsequently enacted legislation requiring that regulations be removed before new ones could be enacted. This helped to reduce the regulatory burden in British Columbia by 15 percent[3] and moved the province’s economic performance to 1.1 percent above the Canadian average, up from 1.9 percent below previously.

In Hawaii, regulations accounted for 33 percent of the state’s score in the Economic Freedom of North America report, which ranked the Aloha state a dismal 45th out of 50 states.

As we wait for Mercatus to calculate Hawaii’s regulatory total, both state and county lawmakers in Hawaii should start identifying regulations that could or should be zapped. Dispensing with unnecessary red tape could go a long way toward helping Hawaii families climb the ladder of economic opportunity to greater prosperity and happiness.