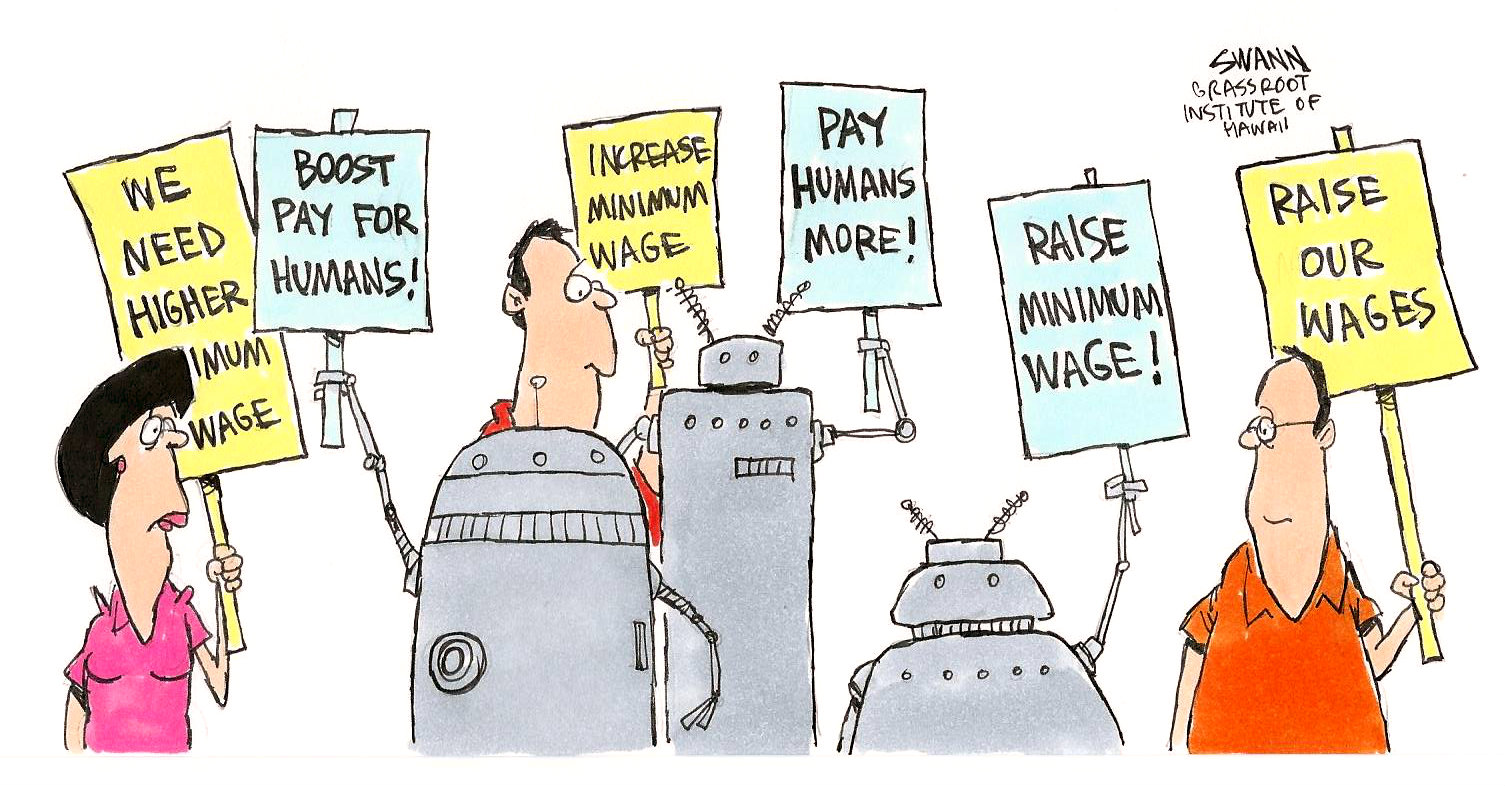 The Hawaii Legislature this year is again considering minimum-wage bills — despite local business leaders testifying in the 2017 legislative session that a higher mandatory wage base line would mean increased prices for Hawaii residents who already are burdened with one of the nation’s highest costs of living.

A higher wage floor also could result in businesses letting go of some of their employees, or at least reducing their hours. Worse, they might want to just automate the work that needs to be done.

Minimum-wage advocates often refer to their goal as establishing a “living wage.” But it’s not a living wage if you’ve been replaced by a robot.