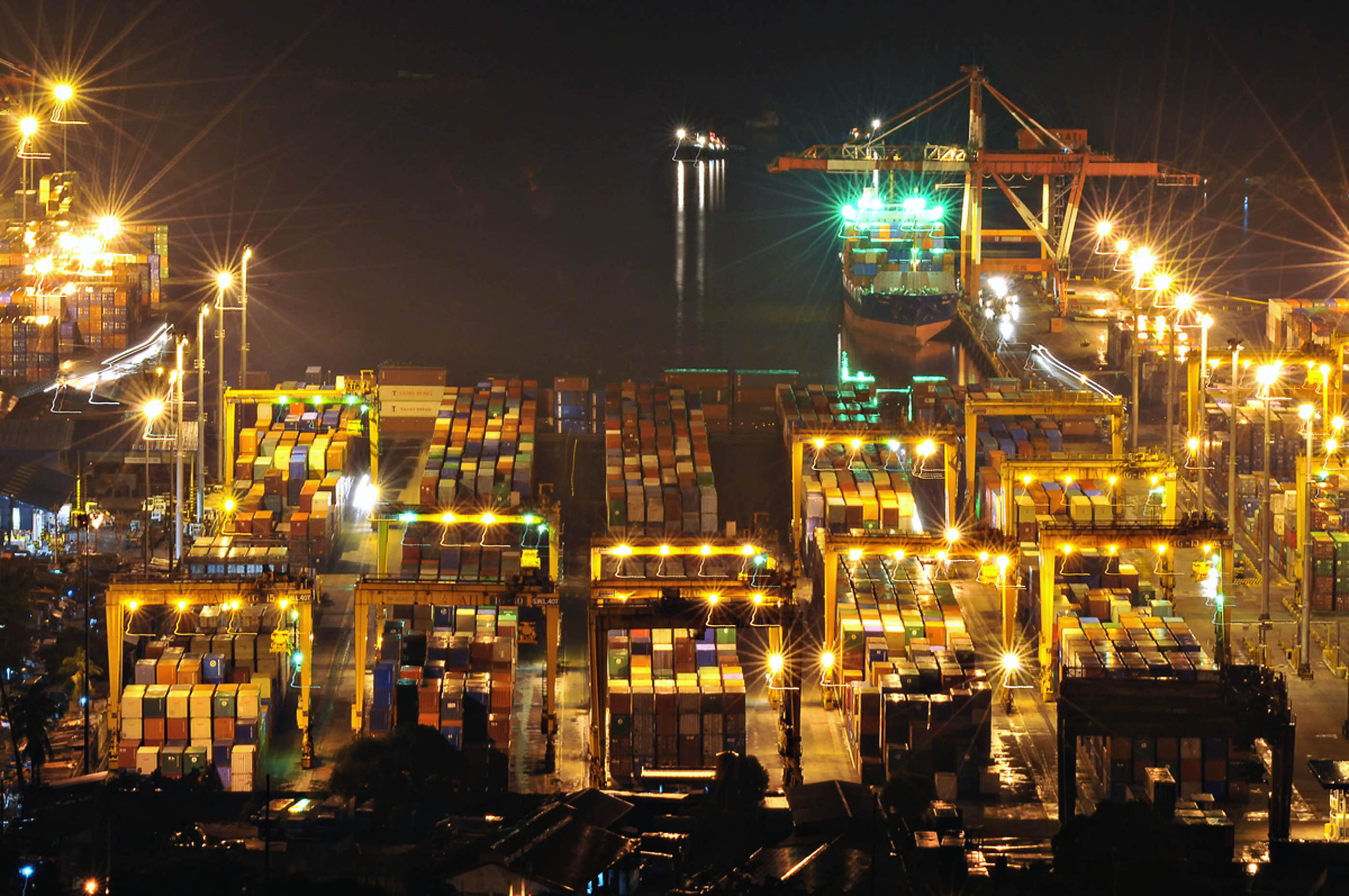 Both the United States and Philippines have maritime cabotage laws that restrict competition among shipping companies in their waters; in fact, because the Philippines was a U.S. colony for a period, Philippine cabotage laws are similar to those of the U.S., which today are known to most of us as the Jones Act, or the Merchant Marine Act of 1920.

The Philippines, however, recently slightly reformed its Jones Act equivalent, and their economy didn’t collapse.

Rather, shipping volume in the island archipelago nation accelerated even faster than the pace it already had been trending.

In particular, then-President Benigno Aquino in July 2015 signed Republic Act (RA) No. 10668, which allowed foreign ships to carry foreign cargo between domestic ports. Foreign ships still may not carry domestic cargo between domestic ports, but just that one act of liberalization seemed to be a factor in accelerating the trajectory of container traffic in the Philippines — which already had been increasing each year since 2009 — with both foreign and domestic traffic increasing by 20 percent from 2015 to 2017. 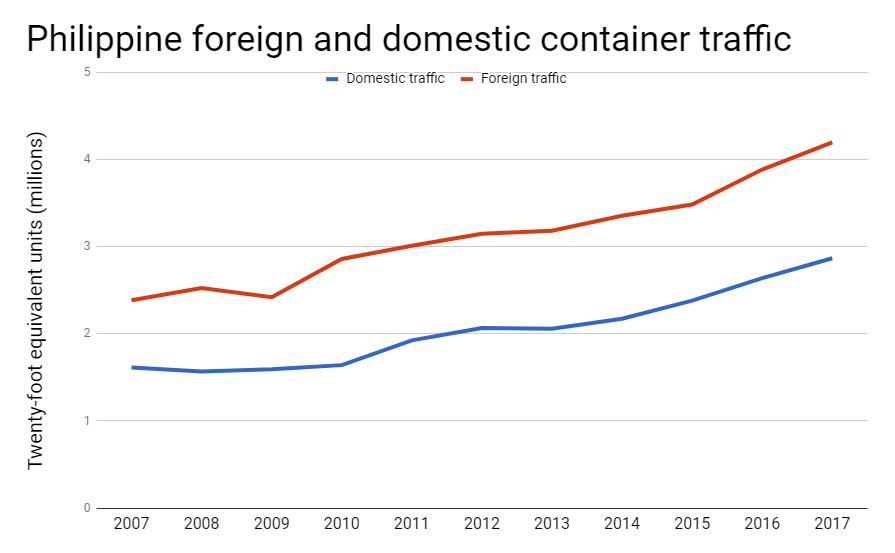 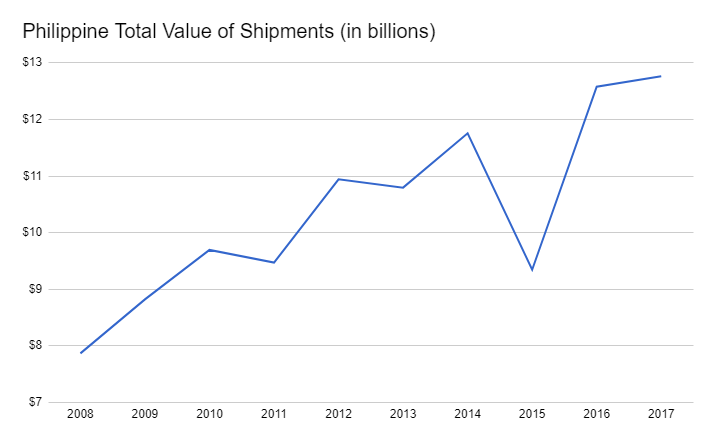 Philippine economist and BusinessWorld columnist Nonoy Oplas observed that, “By expanding competition among more shipping lines, Philippine businesses were given more choices, more leeway, in terms of price and service quality in selling their products and buying the necessary inputs and capital goods. This is helping make Philippine businesses become more competitive and modern.”

A 2014 report issued by the Philippine Institute for Development Studies noted how such restrictions had led to significantly higher shipping costs for the Philippines. It cited data (page 35) showing  that, “compared to Indonesia, Philippine domestic shipping services are higher by 250 percent on a per‐nautical‐mile‐basis.”

The high cost of domestic shipping services, it said, “is attributed by past studies to the lack of meaningful competition in the industry, which is in turn exacerbated by the country’s cabotage policy as more cost‐competitive foreign vessels are restricted from engaging in coastwise transport.”

Reforming its shipping laws to allow foreign ships to transport foreign goods between Philippine ports seems to have worked out well for the Philippines, and who knows how much more that nation could be gaining if broader reforms had been enacted.

Either way, proponents of Jones Act reform in the U.S. can now point to the Philippines as an example of what could happen if even the smallest of reforms were applied to the U.S. economy, especially for its struggling, high-cost non-contiguous states and territories such as Hawaii, Alaska, Puerto Rico and Guam.

And just what is it that could happen?

Shipping volume likely would increase, leading to more work for shipping companies, shipping crews, shippers, port workers, truckers, wholesalers, retailers and so on, in turn leading to more tax revenues for the U.S. government — its bonus for liberalizing trade and economic freedom.

U.S. consumers would have access to more goods at lower prices, essentially leading to higher incomes in terms of purchasing power.

And increased trade would foster greater international interdependence, which tends to promote peace and dampen nationalist proclivities for war.

All that from tweaking the Jones Act just a little.

Imagine if it were reformed wholesale.