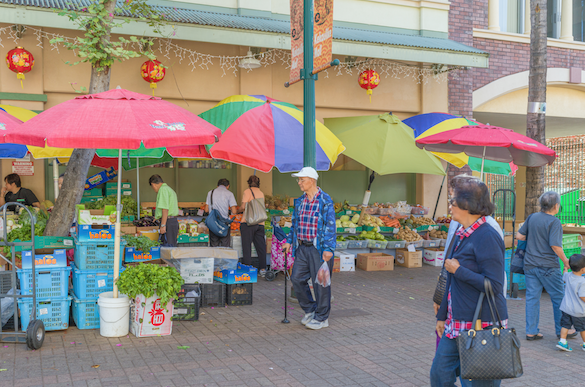 HONOLULU >> Hawaii might have the lowest jobless rate in the nation, at 2.1 percent, but that is only hiding an unhealthy state economy, says Keli‘i Akina, president and CEO of the Grassroot Institute of Hawaii.

“Low unemployment does not mean Hawaii’s economy is healthy. It masks the fact that higher-paying jobs are dodging the state, and helps account for Hawaii’s slower-than-expected annual economic growth overall,” Akina said.

Eugene Tian, the state’s chief economist, told The Associated Press that Hawaii’s economic growth rate should be about 3 percent a year; instead, it’s been about about half that.

Local economist Paul Brewbaker told the news service that Hawaii’s growth rate has lagged the nation’s for the past decade, growing just 1.6 percent a year since 2009, compared to the national average of 2.1 percent.

The Associated Press cited the tourism boom as a reason for the surge of jobs in the hotel and restaurant industries, while better-paying tech jobs have headed to Utah, Colorado, Idaho and elsewhere.

Akina said that despite its low unemployment rate, Hawaii’s economy is hurt by low economic freedom, based on factors such as tax rates, regulations and government spending.

Hawaii ranks 45th in terms of economic freedom, according to the Economic Freedom of North America Report, produced by the Fraser Institute and co-published by the Grassroot Institute of Hawaii.

In terms of regulations, Hawaii has the “most burdensome” occupational licensing laws in the country, according to a nationwide study last year by the Institute for Justice.

The average requirements for the 63 types of jobs in the state that require licenses are $438 in fees, 988 days of education or experience — nearly three years — and around two exams.

“Occupational licensing laws serve as a barrier to many Hawaii residents seeking meaningful employment, whether they are hoping to start a business or simply looking for a job,” said Akina. “Lifting such burdens would allow people here to be more economically flexible and earn higher incomes.”