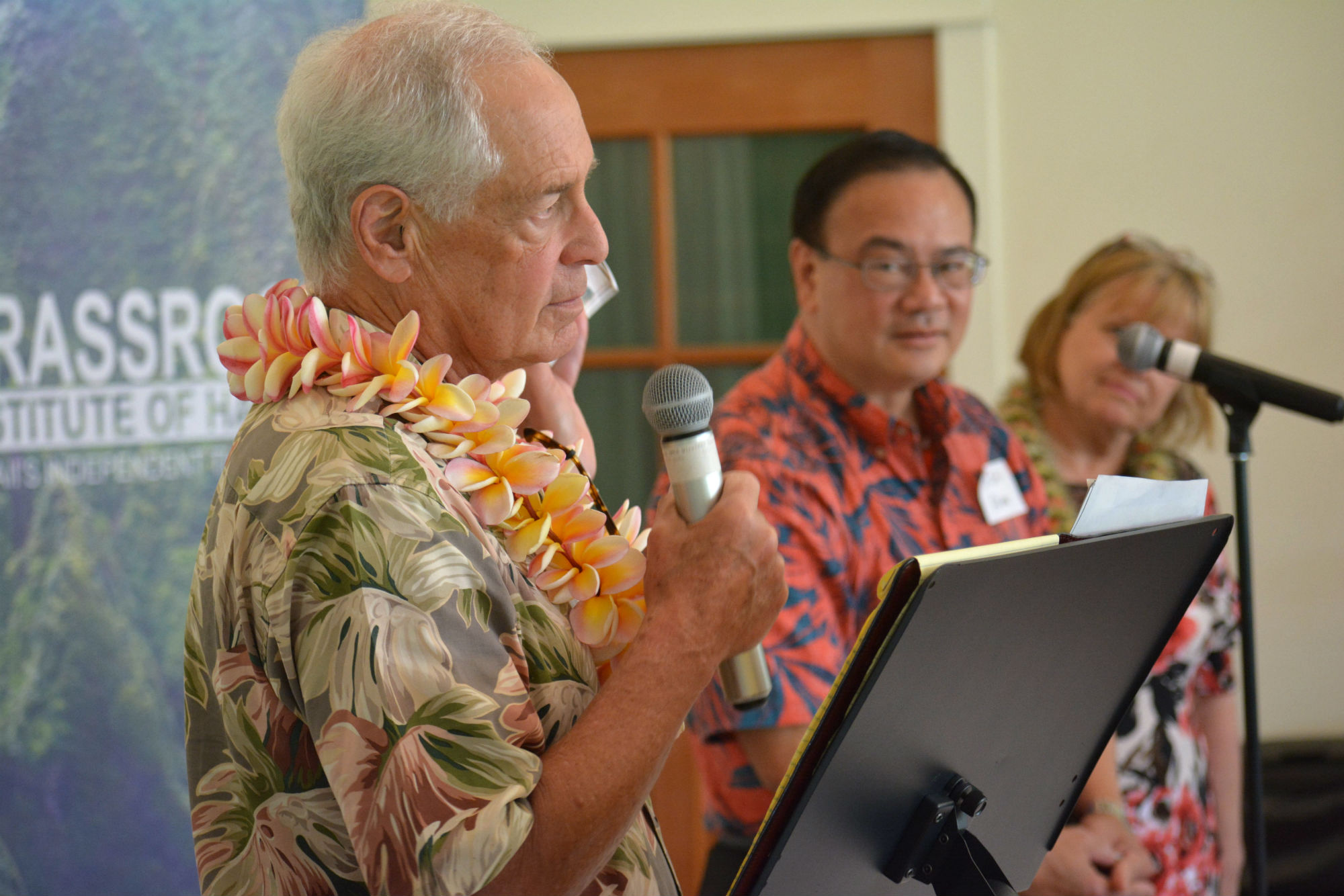 We are all aware of Hawaii’s “pay to play” culture and “friends and family” cronyism, but the high cost of housing does not appear to be the result of widespread corruption. It is more a case of good intentions gone awry.

That was the message of David Callies, law professor at the William S. Richardson School of Law, who spoke this past Tuesday at an event on Maui hosted by the Grassroot Institute of Hawaii.

Well-intentioned laws have created “the most over-planned and over-regulated state, from a property standpoint, in the country,” said Callies, who also is author of the book “Regulating Paradise: Land Use Controls in Hawaii,” published in 2010 by University of Hawai‘i Press.

“We don’t ever repeal anything, we just add to it,” Callies said.

As a thought experiment, I asked Callies “What if we moved from 5 percent urbanization to 6 percent? Would we damage the aquifer? Would we hurt the environment greatly? But by doing so, I figure we would increase land supply available for development by 20 percent.”

He responded: “My land economist friends tell me that you can go to 10 percent without noticeable difficulty, depending on which island you reclassified. The only isle that has anything remotely resembling a shortage — and even that has plenty of land to use — is Oahu.”

Yet the state agency in charge of approving reclassifications of land, the Land Use Commission, rarely does so, according to Callies:

“Instead of just focusing on it’s main broad brush strokes of so much for conservation, so much for ag(riculture), so much for urban, so much for rural, the Land Use Commission gets involved in a detailed fashion exactly what the land owner’s going to do with the property. Sometimes the landowner doesn’t know yet.”

In Callies’ opinion, what the landowners want to do with their property should be “none of the Land Use Commission’s business. That’s the county’s business.”

Meanwhile, the mountain of land-use restrictions, although well-intentioned, has been a major cause of Hawaii’s skyrocketing home prices and ever-increasing cost of living.

If Hawaii leaders wanted to, they could make more room for housing, while not touching conservation lands preserved for our environment.

Sensible relaxation of Hawaii’s highest-in-the-nation housing regulations would be a good start.