Blowing the whistle on HART 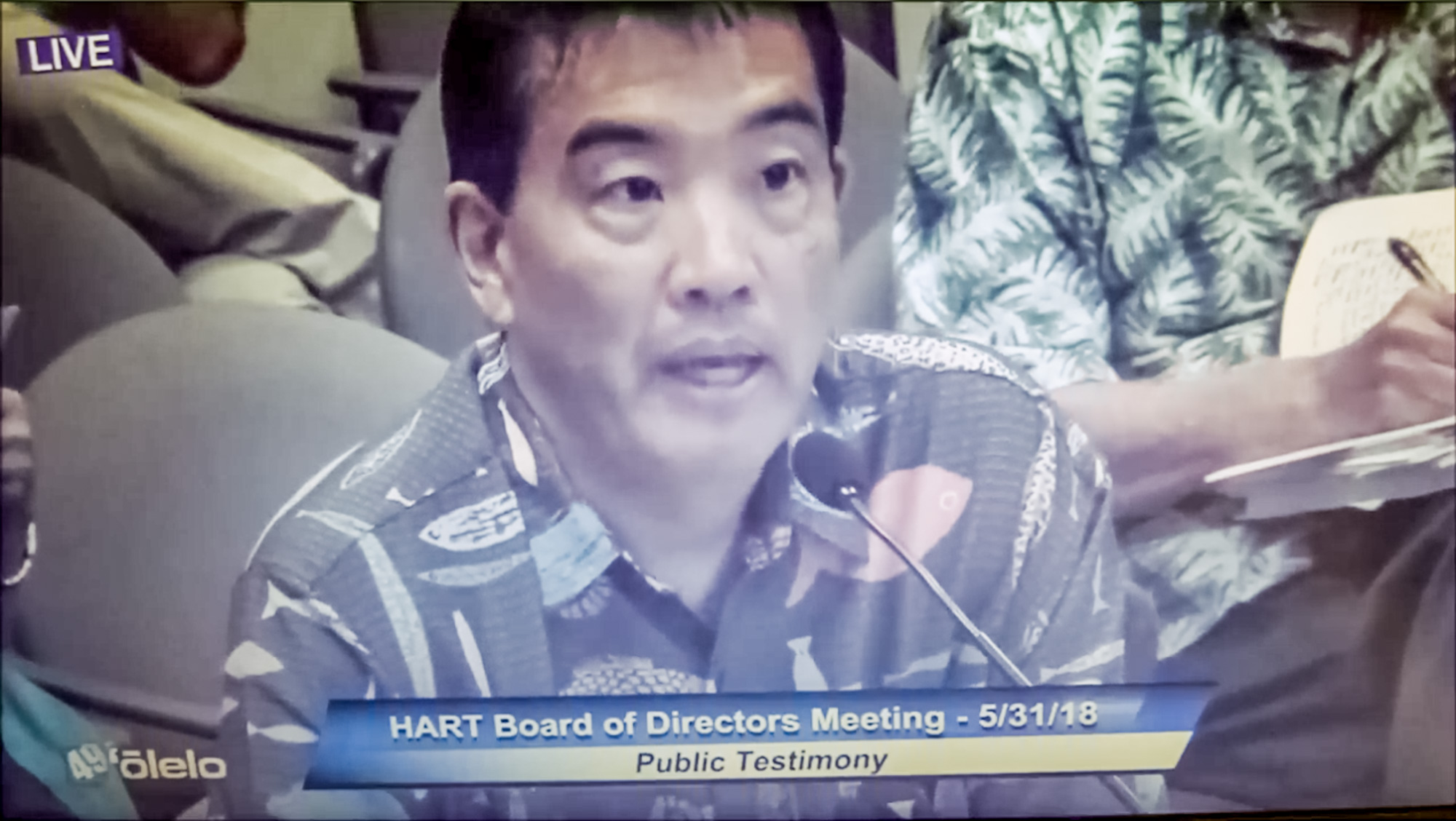 It’s difficult to protect workplace whistleblowers if intimidation is present in the very place where they would blow their proverbial whistles.

But that is what appears to be happening at the Honolulu Authority for Rapid Transportation (HART), which has been undergoing an audit on behalf of the Hawaii state Legislature.

In stunning testimony at the HART board of directors meeting on Thursday, State Auditor Les Kondo revealed that HART employees were being forced to record their interviews with his office, then give those recordings to management to be transcribed.

As Kondo pointed out, his office isn’t gathering information for a lawsuit or criminal proceedings. It was asked by the State Legislature to report on the procedures, process and policies of HART and determine whether they’re adequate. But having HART employees record their interviews with the auditor for review by HART managers undermines his ability to gather information.

As Kondo told the HART directors:

Kondo made it clear that he considered the recording policy to be, “interference” with the audit.

He added, “It is, frankly, unprecedented as we do audits that we have management or attorneys involved in these interviews.”

I’d go a step further. Not only is it interference; it comes perilously close to violating Hawaii’s whistleblower law — in spirit, if not by the letter.

Hawaii’s whistleblower protections extend to employees who are, “requested by a public body to participate in an investigation, hearing, or inquiry held by that public body.”

In other words, they would absolutely apply to a HART employee who wanted to reveal concerns about HART to the State Auditor.

But the recording policy prevents employees from speaking freely. It is a preemptive move that discourages not only whistleblowing, but any honest employee feedback. HART is intimidating its employees by letting them know that management is always listening. Who could be expected to speak freely to the auditor under such conditions?

For more than a year, the Grassroot Institute of Hawaii has been urging an independent forensic audit of HART for waste, fraud and abuse. The agency’s approach to the state audit only underlines how badly needed that independent audit still is.