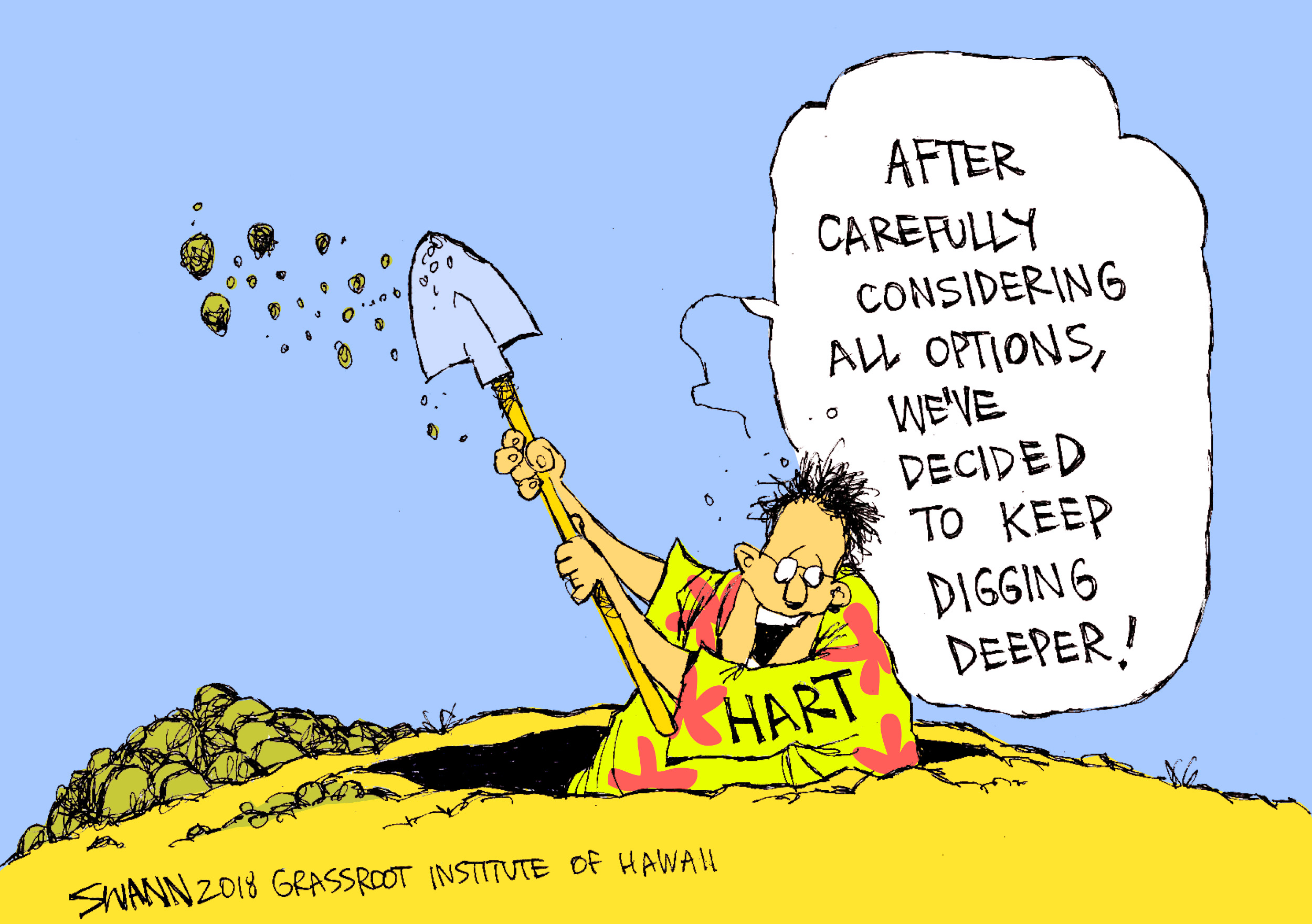 The Honolulu Star-Advertiser recently dubbed it “troubled,” Honolulu Civil Beat called it “beleaguered,” and one of its own overseers, Honolulu Authority for Rapid Transportation (HART) board member John Henry Felix, alluded to the project as being “flawed.”

Given the lack of transparency and efforts to frustrate an audit of the project, we may need to add a new descriptor: evasive.

In June, State Auditor Les Kondo addressed a meeting of the HART board, saying that meetings between his office and HART employees were being recorded and given to HART management. He said the recordings were the equivalent of HART management sitting in on those meetings and, in his opinion, were preventing employees from speaking freely.

At the time, Kondo called the practice, “unprecedented,” and suggested that it was interfering with his ability to report on HART’s practices to the state Legislature.

In response, one would have expected the HART board to immediately address this bombshell of an issue that Kondo had raised. But its members were prevented from doing so by the city’s Office of Corporation Counsel adviser to the board, who advised against follow-up questions because Kondo’s appearance had not been on the agenda.

The logical question would have been: “Why not add it to the agenda?”

But that question would have to wait for the next HART board meeting, when it was asked not by a board member but by Honolulu City Council candidate and certified fraud examiner Natalie Iwasa.

When it wasn’t on the agenda for the next meeting, Iwasa reminded the board that it could add it to the agenda. However, there was still no discussion of the recording policy.

To date, HART officials have not publicly explained why it has been recording the meetings between the auditor and HART employees. Nor have they made any attempt to assuage public concern over the obvious transparency and whistleblower problems this practice raises.

In an attempt to get to the bottom of the issue, the Grassroot Institute of Hawaii wrote to HART, asking for an explanation. Just as in the board meetings, the response was as notable for what it left out as for what it said:

“HART leadership, based on advice of Office of Corporation Counsel, has adopted a policy of having HART employees interviewed by state auditor staff to record their interviews. The recordings are being stored, and are not being provided to management or being transcribed.”

The fact that HART was advised to record the interviews raises serious questions about Corporation Counsel’s efforts to discourage discussion of the policy during the board meeting.

What’s more, the practice violates the spirit of Hawaii’s whistleblower protections, which are meant to guarantee that employees can speak freely and honestly to a state official like Kondo, without fear of retribution.

Does Corporation Counsel really have the public interest in mind, or is the first priority protecting interests at HART?

The most recent report on HART’s finances bumped the expected cost of the project up by another $134 million and extended the completion date by a year to 2026.

This is not the time to further undermine public trust with evasive practices and a lack of transparency. Hawaii’s policymakers need to bring more sunlight to the rail project.

The only solution is to commission an independent forensic audit for waste, fraud, and abuse. Otherwise, questions about the rail project will keep on coming.