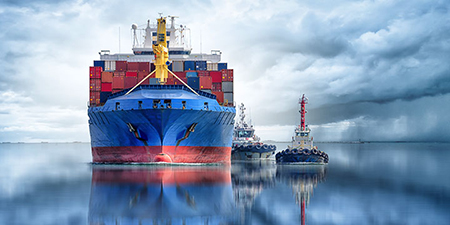 We talk a lot about the Jones Act and why it’s bad for Hawaii businesses and consumers. With so much evidence showing that the Jones Act is sorely in need of modernization, one can only wonder: What are the interests propping up this archaic legislation?

To answer that, you need only look to Washington, D.C. Inside the beltway, there are powerful lobbying groups with a vested interest in maintaining the Jones Act, regardless of its effects on the economy and the vast majority of Americans.

We had a glimpse of those interests this week, when the House Transportation Subcommittee on Coast Guard and Maritime Transportation held a hearing about the impact of the Jones Act on prices in Puerto Rico.

The hearing itself was little more than a platform for the American Maritime Partnership (perhaps the largest pro-Jones Act lobbying group of all) to present a report claiming that the Jones Act isn’t responsible for high prices in Puerto Rico.

We’ll be addressing the problems in this report in future publications, but there was more to be learned from the hearing than just the flawed report. The testimony presented in favor of the Jones Act was an insight into the groups propping it up and how they view our grassroots efforts to modernize it.

In addition to the maritime industry, representatives from labor unions and the Navy League of the United States were there to defend the dwindling Jones Act fleet and higher shipping costs that come with the restrictive cabotage law.

Their arguments were the same ones we’ve heard over and over again — “national security,” “jobs,” and so on — but it was surprising to hear them attack Jones Act reformers. There were references to shadowy funding groups, people who plan to benefit financially from the end of the Jones Act, derisive mentions of those who “believe in” free trade, and the strong suggestion that reformers don’t care about American workers or port security.

Needless to say, this was unfair. But it’s also shortsighted. They may wish to dismiss the movement to modernize the Jones Act, but you cannot ignore a popular movement based on the concerns of real working families.

As you know, the Grassroot Institute of Hawaii has no personal stake in Jones Act reform. Like other groups around the U.S., we want to modernize the Act based on principle. We’re speaking for businesses and working men and women in Hawaii and around the nation who know that the Jones Act hurts the economy and contributes to a higher cost of living.

For decades, Jones Act interests have been confident that the Act was untouchable — their influence in Washington and deep pockets meant no one would try to update it. But things are changing. Groups like Grassroot Institute of Hawaii are educating the public about the effects of the Act, introducing new research and proposing real and pragmatic changes.

The hearing we saw in Washington this week may be one of the last gasps of an outmoded way of thinking. Because there is an energized grassroots campaign to bring the Jones Act into the 21st century, the politicians are going to have to pay attention.