Work together on ‘Janus’ 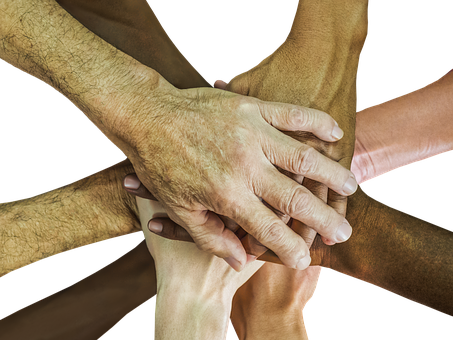 Government employee unions around the country are grappling with the implications of the recent Supreme Court decision in Janus v. AFSCME (the American Federation of State, County and Municipal Employees), and Hawaii is no exception.

The Court ruled in June that forcing non-union members to pay agency fees is a violation of the First Amendment. In doing so, it enabled government workers across the country to choose whether they wanted to join and pay dues to their public sector union.

But the decision also created grey areas about how public unions will operate moving forward. For many Hawaii workers, the biggest question is also one of the most complex: Do employees now have to opt-in or opt-out of the union?

Legal opinions on the issue are mixed.

Pat Hughes, president of the Liberty Justice Center, which represented plaintiff Mark Janus, told Illinois Review that he believes all employees past and present now will have to opt-in to the union.

“We interpret the Janus ruling as a sweeping win for government workers,” Hughes said. “The opt-in portion of Justice (Samuel) Alito’s opinion means exactly what it says: Post Janus, governments should stop collecting union dues of any kind for any member or non-member. It doesn’t matter whether or not someone previously opted in; the conditions upon which that happened — forced agency fees regardless of whether you opted in — made the decision-making process for each state employee very different in a pre-Janus world.”

“It’s critically important that every union-represented employee understand they need take no action,” Lindall said. “Union members have already opted in by signing a card. Fair-share payers aren’t opted in and their fees will no longer be deducted.”

It appears that the Hawaii Government Employees Association (HGEA), an AFSCME affiliate, has a similar interpretation. Hawaii Public Radio reported that a member who wanted to opt out of HGEA was told he would not be able to leave until the period for renewing his annual membership arrived, suggesting that HGEA believes Janus does not remove anyone from the union and does not require union members to opt-in.

The mention of the employee’s annual membership is probably a reference to the bill signed by Gov. David Ige in April wherein union members are to be given a 30-day window once a year during which they can execute the paperwork necessary to stop paying dues.

Even the practice of stopping the agency fees has run into issues. For example, the State Comptroller issued a memo on July 5 explaining that Hawaii intended to suspend payment of agency fees for all non-union members effective July 5. However, the state payroll system does not include information on each employee’s union status, so the state Department of Accounting and General Services now is asking the unions to help identify non-members from whose paychecks agency fees will no longer be deducted.

These and other issues related to the First Amendment concerns of Janus are likely to be settled by both litigation and legislation. But however it transpires, we urge Hawaii policymakers to work together and avoid enacting sweeping measures that would be vulnerable to court challenges. That would serve nobody’s interests.