New rail taxes in our future? 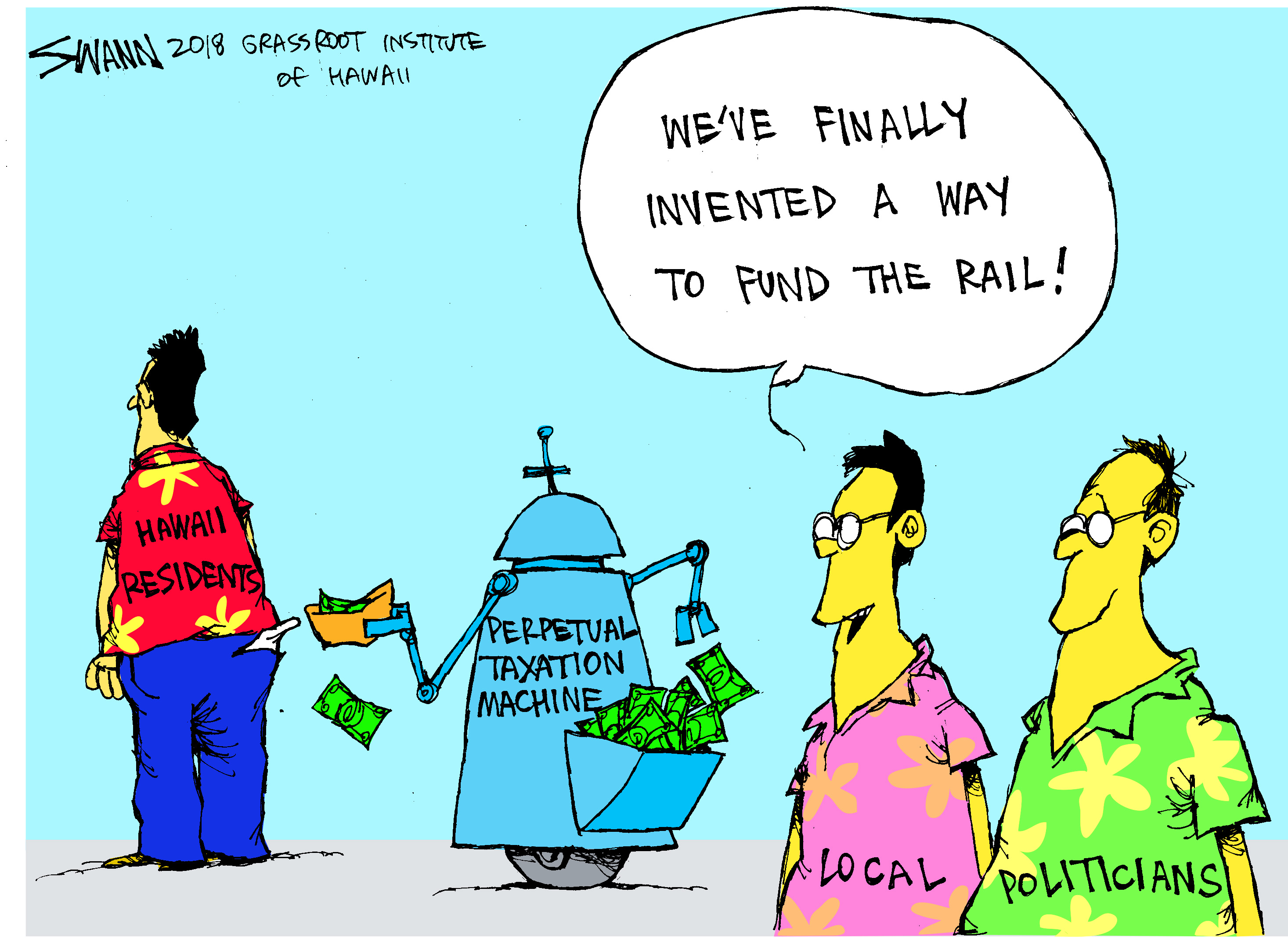 With budget shortfalls a continuing part of the conversation about the Honolulu rail, one question voters are asking is: “Are there more taxes in our future?”

The answer is … maybe.

Representatives of the Honolulu Authority for Rapid Transportation (HART) have said they are confident that they can finish the project by December 2025 at the estimated $8.16 billion budget, but the Federal Transit Administration (FTA) isn’t so sure. In July, a report for the FTA by Jacobs Engineering estimated that the rail is short about $134 million, and won’t be ready to start collecting fares until September 2026.

A report in April put the deficit at about $250 million. That’s on top of the existing shortfall of $215 million in administrative and construction costs that aren’t covered by state revenues.

For the ordinary Hawaii taxpayer, talk of “recovery plans,” new bonds and property tax dollars allocated to rail inevitably raises the spectre of new rail taxes. And while they’re cautious about using the words “tax hike,” some political candidates indicate that a new (or extended) tax may be up for debate in the near future.

What does this mean for the possibility of new rail taxes in the next few years?

That fact that a tax extension is considered a topic for debate is not encouraging. Nor is the fact that at least two candidates are not categorically opposed to a tax hike. Theoretical musings on new taxes have a way of making their way into new bills once the legislative session starts.

We still have time to prevent the rail project from becoming a public works debacle, but that requires accountability and transparency from the top. Grassroot Institute has been consistent in calling for a forensic audit of the rail for waste, fraud, and abuse — the first step in determining the best way forward for the project.

Not only would a forensic audit restore public faith in the rail, it would be fiscally irresponsible to raise taxes without it.