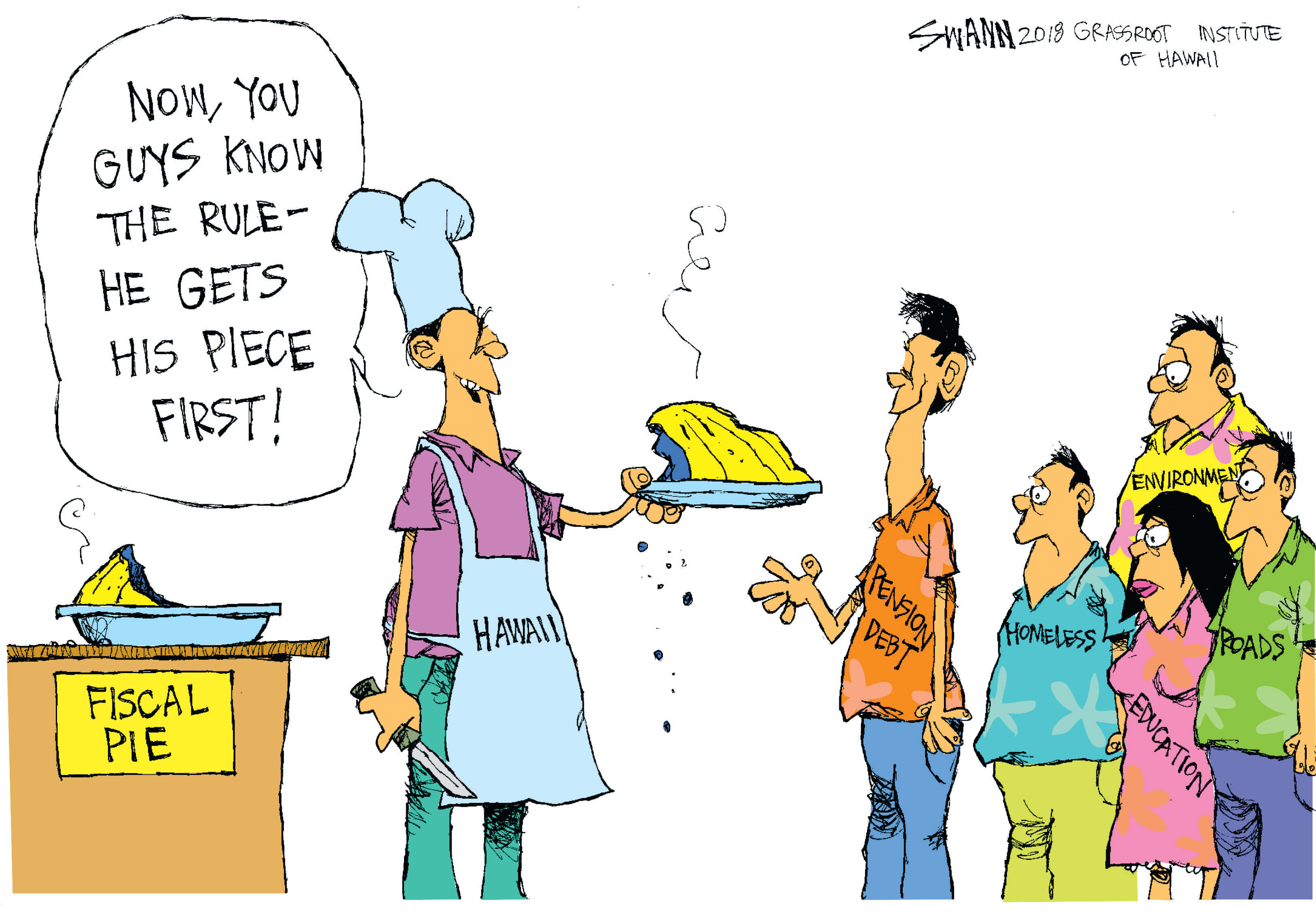 The independent, nonprofit think tank debuted its findings July 31 at a presentation on Maui

The debt represents money missing from the state Employee Retirement System (ERS), which, if not addressed now, could jeopardize future public worker retirement benefits and impose a significant burden on Hawaii taxpayers.

Presented at a luncheon at the Maui Country Club on Tuesday, July 31, the Grassroot Institute’s report is the first of its kind to compile and examine all 50 states’ public pension plan options. It provides solutions based on the actions of states that have fixed their pension debt problems, such as the creation of a new pension plan.

One challenge would be to enlist as many state and county workers as possible into the new plan. Future workers could be required to join the new plan, while current employees could be enticed to join by the different benefits it would offer. Active public employees wouldn’t have to worry about their benefits for hours already worked, since Hawaii’s Constitution protects benefits for employee service already accrued. It does not, however, guarantee benefits for service moving forward — though perhaps that interpretation could be challenged — so making the new plan more attractive than the current plan would be key to migrating them to the new plan.

Incentives to enroll in a new plan could include lower vesting ages, increased portability and higher funding ratios. Ideally this would help lead to the eventual elimination of the system’s debt, strengthening the promises made to Hawaii’s retired public workers and providing relief to Hawaii’s taxpayers — especially the younger ones, who at the moment appear to be the ones who will have to pay off most of Hawaii’s unfunded liabilities in the long run.

By creating a new pension plan based on best practices from other states, Hawaii’s lawmakers could take a step toward helping the ERS match its promised retirement benefits with employee contributions, helping roll back the system’s — and thereby the state’s — unfunded public pension liabilities.

The full report is available on the Grassroot Institute’s website at https://www.grassrootinstitute.org/wp-content/uploads/2019/01/How-to-resolve-Hawaiis-public-pension-debt-crisis.pdf.

To view the July 31 presentation, click here or watch the video below.