‘Education tax’ goal of $400M would be immense burden 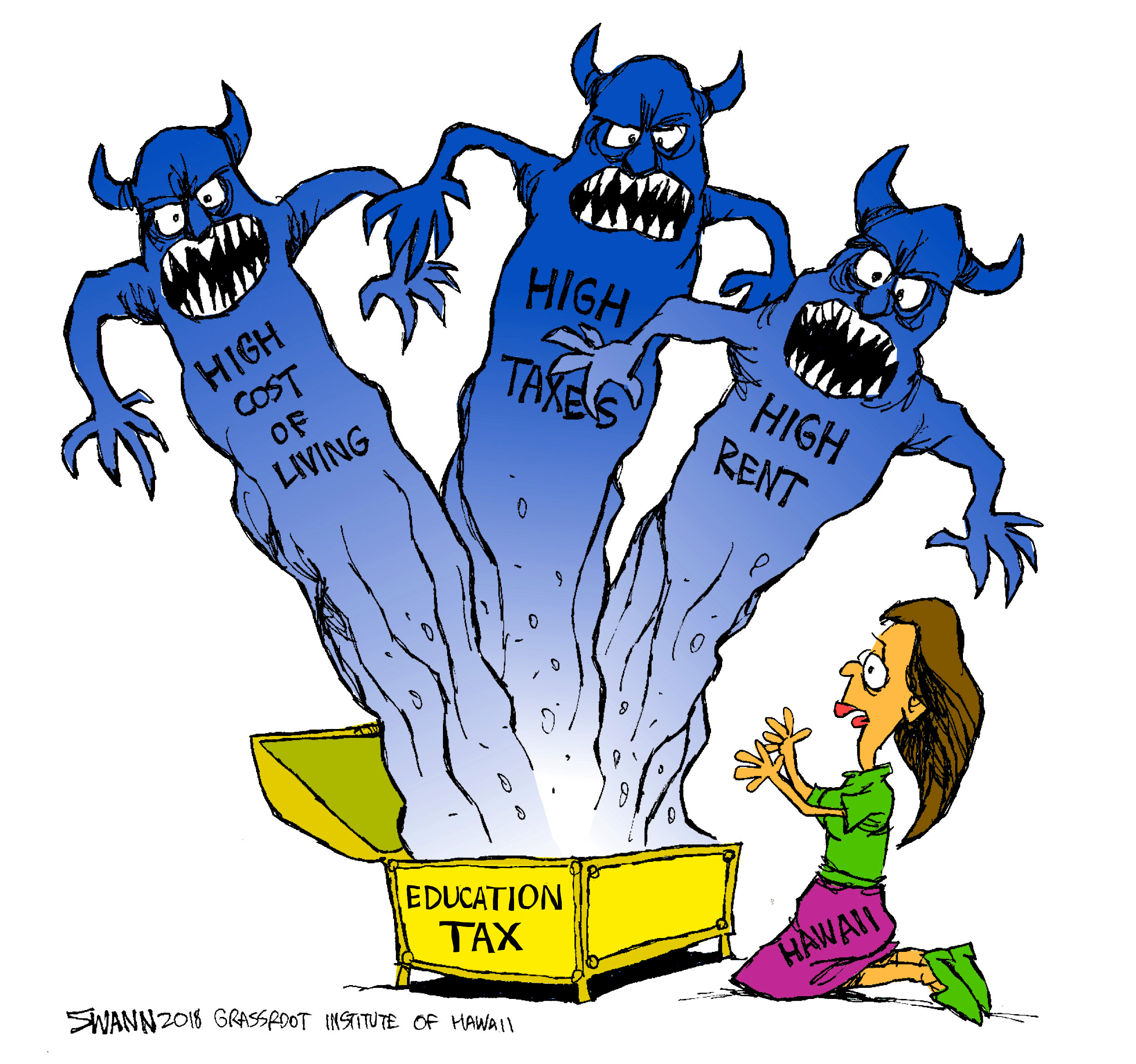 Residential A-style homes statewide could face an average $21,005 in extra taxes a year

HONOLULU, Sept. 25, 2018 >> A proposed state “surcharge” on so-called investment real property to fund public education could result in county property taxes statewide going up by an average of $21,005 per Residential A-style home or condominium, according to calculations by the Grassroot Institute of Hawaii.

The proposed state constitutional amendment does not define the term “investment real property,” but its main proponent, the Hawaii State Teachers Association, has said that the proposed tax would be restricted to non-owner-occupied second or third homes and condos valued at over $1 million, similar to Honolulu’s Residential A tax category.

In fiscal 2019, that category netted $129.4 million for Honolulu County. Yet the HSTA, as stated on its Schools Our Keiki Deserve PAC website, has said it hopes to raise $400 million a year from the “surcharge,” should it be approved by Hawaii voters on Nov. 6.

In fiscal 2018, all categories of county property taxes statewide totaled $2.02 billion, so $400 million extra would require about a 20 percent increase in property taxes overall. If that were to be collected from only homes or condominiums valued at $1 million or more that are lacking owner-occupied exemptions, the state would need to impose a tax increase of $21,005 per affected home or condo, on average.*

Meanwhile, there is nothing in the “education tax” proposal that would prevent it from also imposing a “surcharge” on other “investment real property” categories, such as hotels, malls, businesses or even all homes.

Specifically, the proposed amendment (page 3) reads: “Shall the legislature be authorized to establish, as provided by law, a surcharge on investment real property to be used to support public education?”

Keli‘i Akina, Ph.D., president and CEO of the Grassroot Institute of Hawaii, said, “Not only is the wording confusing, since the word ‘tax’ is not even mentioned on the ballot question, it’s also vague about what is being taxed. A future tax could be levied on all types of property, including businesses, hotels and local homes of any value.”

“The proposal could cost certain residents tens of thousands of dollars extra a year in taxes, which, of course, would likely be passed on to renters, and this would raise the cost of living for everyone in Hawaii — including the teachers and the families of the keiki it is meant to help.”

** A $16 surcharge would be needed to generate $400 million, according to estimates from the Tax Foundation of Hawaii and the Honolulu Star-Advertiser.