Time to end ‘gut and replace’ 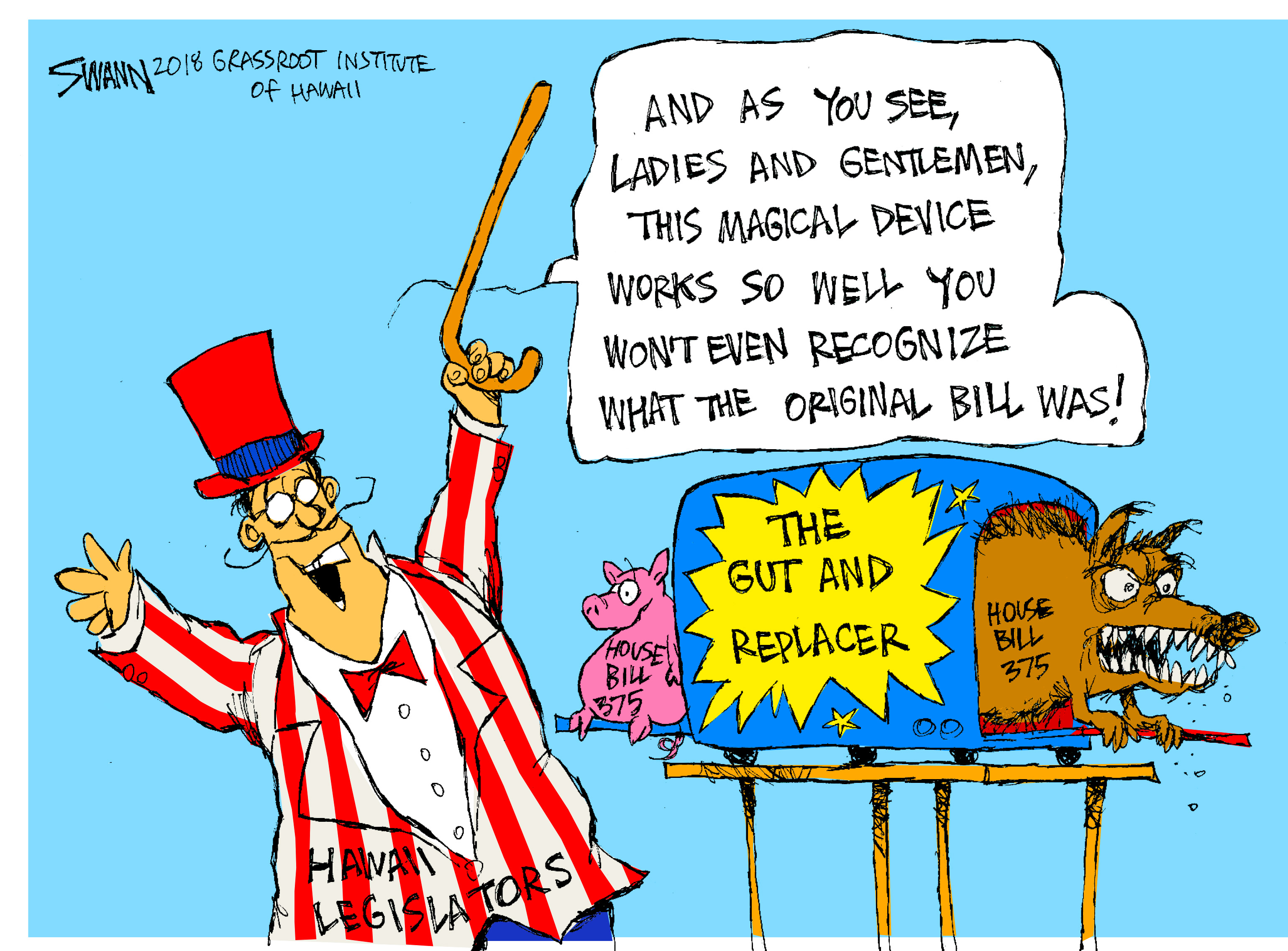 What’s in a title? If you’re a member of the Hawaii Legislature, opportunity.

When you read a bill, you’ll notice that the title is often frustratingly vague. The language of the bill may be long and technical, but the title might be just “Relating to Taxation/Education/Licensing.”

Yes, the bill’s author could have come up with a more descriptive name. But that vagueness can serve a second purpose.

The Hawaii Constitution states that the subject of a bill must be set out in its title. But it doesn’t require that the subject be precise, nor does it limit how much a bill can change throughout the legislative process. On paper, that makes sense — the process is about compromise, after all, and legislators need to be able to make amendments and fine-tune bills as they pass through each chamber.

Except that legislators sometimes take advantage of the process to do something called “gut and replace.” They take a bill with a nice, vague title that has passed through a committee or two (or even one of the two chambers), then submit an amended version that replaces the language of the bill with something completely unrelated.

For example, in 2017, House Bill 375 began life as a measure that would have amended income tax rates. When it got to the Senate, it became a bill about the refundable food/excise tax credit. And then it was gutted again in conference committee, becoming a $1 million appropriation for the Hawaii Tourism Authority to address homelessness. This was the version that was signed by Gov. David Ige. The title of the bill? “Relating to Taxation.”

Government watchdog groups like the Grassroot Institute of Hawaii have criticized “gut and replace” for years. The tactic short-circuits the democratic process, denying the public the chance to testify on the amended bill, and disrespects those who spent the time and energy to testify on the previous versions. But despite widespread disapproval, the practice continues.

Fortunately, there is an effort to stop “gut and replace.” The League of Woman Voters and Common Cause Hawaii have filed suit over Act 84, the most notorious “gut and replace” example from the 2018 legislative session.

Act 84 started out as Senate Bill 2858 (“Relating to Public Safety”). When it was introduced, it sought annual reports about inmate recidivism and rehabilitation. The version of SB 2858 eventually signed into law required new state buildings to be designed with hurricane shelters

The objection to “gut and replace” has nothing to do with how worthy a particular law may be. Rather it’s a concern about the rights of the public and transparency in the legislative process. The new lawsuit claims that the way in which Act 84 was passed violates the state Constitution.

Time will tell whether Hawaii courts are willing to draw a line between reasonable amendments and “gut and replace” tactics, declaring the latter unconstitutional. In the meantime, the Legislature could take action to prevent judicial second-guessing by enacting its own rules to end “gut and replace” and safeguard the democratic process.

Not only would that show that the Legislature respects public input and transparency, it would give the legislative branch a chance to exercise self-restraint.