#AuditTheRail, now more than ever 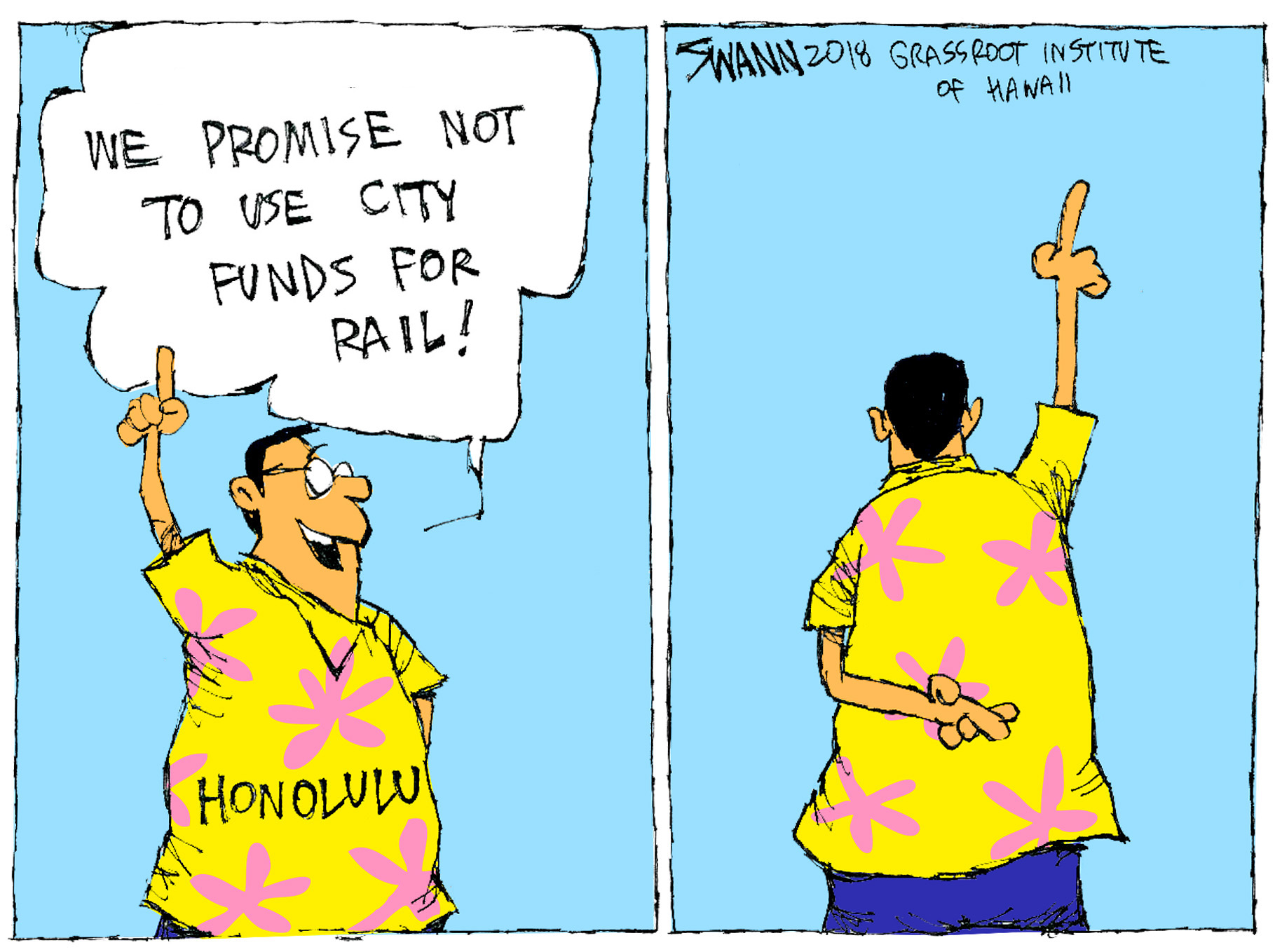 A few years ago, I did an interview for our “E Hana Kakou” show with LaVonda Atkinson, a cost engineer and whistleblower on a San Francisco project that extended part of that city’s existing subway by two miles — “at a billion dollars a mile.” After looking over the problems with our own rail project, she had this advice for Hawaii: “Cut the cord.”

Back then, in February 2015, the estimated cost for the Honolulu rail was $6 billion, and Atkinson said that was much too low. Atkinson also said she would be surprised if the rail were finished “in under 30 years for under $20 billion.”

Initially, I thought she was exaggerating. But now when I look at the largely ineffective battle by the Honolulu Authority for Rapid Transportation (HART) to control its costs, it occurs to me that she might have been right. A recent analysis by the Federal Transit Administration found that the project is costing more than HART anticipated. This, of course, is no surprise: In 2012 the city’s funding agreement with the FTA put the cost at $5.26 billion and completion by 2020, while the latest estimate is $9 billion and completion by 2025.

At their most recent meeting, HART board members openly struggled with the fact that the FTA is requiring them to update their budget to reflect an additional $134 million in costs. Already, the FTA has signaled its lack of faith in the project by withholding federal funds absent a recovery plan and setting a Nov. 20 deadline for the city to come up with $44 million — the initial payment on a $214 million obligation to HART.

Worse, when the estimated cost of the rail was only about $3 billion, back in 2006, we were promised that no city funds would be used for the project. Facing the threat from the FTA that could cause it to break that promise, the city is saying it needs a deadline extension, because it can’t get the money in time from bonds. But if the FTA holds to its word, the city will have to repay the $44 million, marking the first time it has had to use its own funds for the rail.

The question is whether that would be the last time.

We’re still a long way from 2025, and there’s no guarantee that the rising costs of the rail will stop. HART’s newest plan is to pursue a public-private partnership, an idea that Honolulu Civil Beat characterized as “magical thinking.”

Would you bet that we can go seven years without another trip to the state Legislature for more funding?

Back in 2015, Atkinson told me we needed to stop and look at what people really needed from mass transit before sinking any more money into rail. Her insights helped us develop our campaign for an independent forensic audit to uncover waste, fraud and abuse. And we need to keep campaigning for one, since an effort by the State Auditor to examine the rail’s finances seems to have stumbled over lack of cooperation from HART.

We need truth and transparency. The policy of “Grit your teeth, ignore the cost and get through it,” might be a good one for the politicians, but it’s not good for Hawaii.