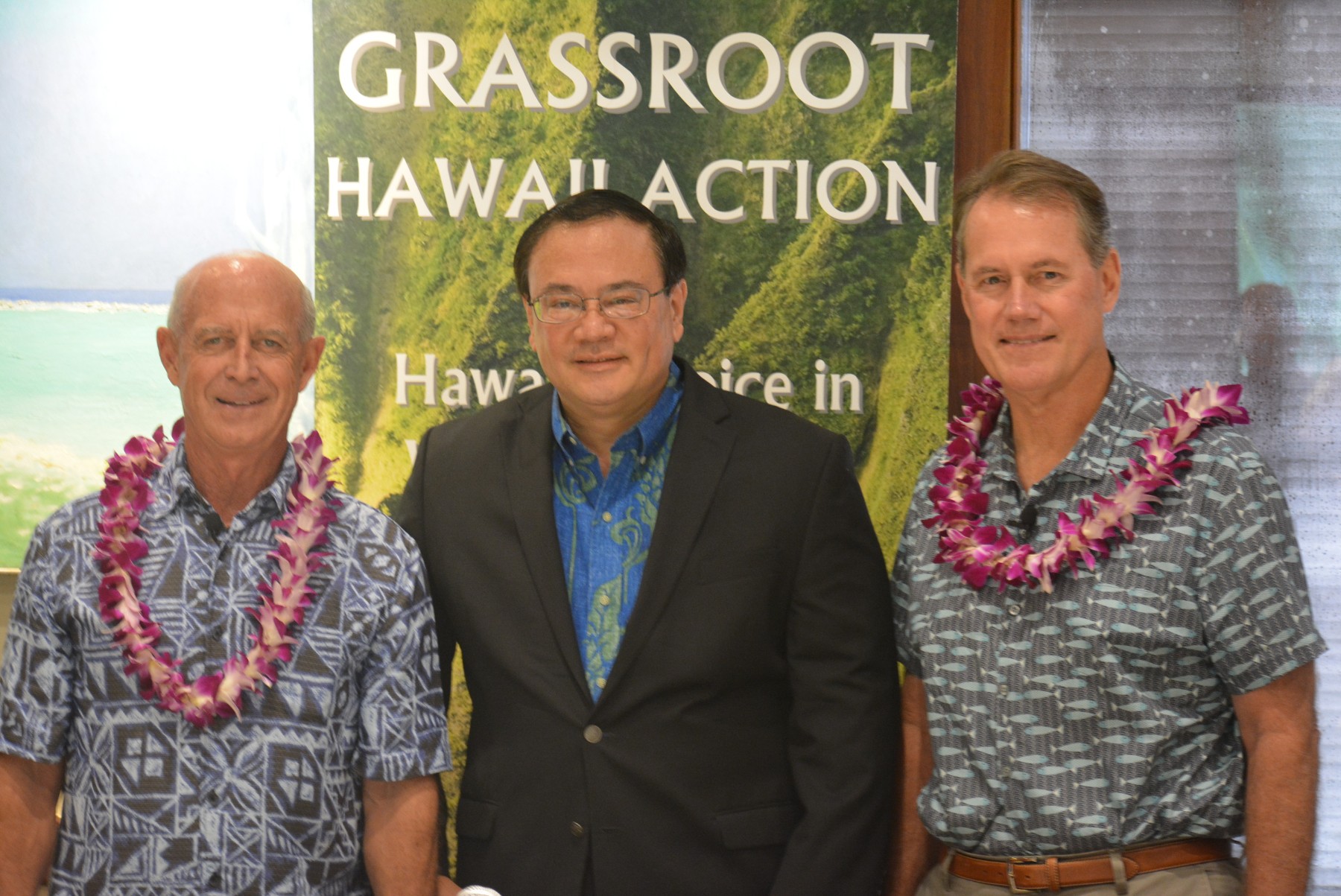 Democrat and Republican candidates say they would reform Jones Act, if elected

HONOLULU, Oct. 10, 2018 >> Both of the leading candidates seeking to represent Hawaii’s Congressional District 1 in the U.S. House of Representatives, Democrat Ed Case and Republican Cam Cavasso, agree that the Jones Act should be updated.

That’s what they told several dozen people last month at a forum hosted by the Grassroot Institute of Hawaii and ThinkTech Hawaii. The two candidates said at the Sept. 28 event that if elected Nov. 6, they would work to reform the federal shipping law, which allows only U.S.-built, -crewed and -flagged ships to transport goods between U.S. ports.

Keli’i Akina, Ph.D., president of the Grassroot Institute of Hawaii, said, “It’s encouraging that both the Democratic and Republican candidates are calling for Jones Act reform. In a time of highly divisive politics, updating this century-old act is one of the few issues that has broad support.”

Case, a Democrat who represented Hawaii in Congress from 2002 to 2007, said the Jones Act creates a “virtual monopoly” because Hawaii can’t operate like mainland companies and utilize trucks or trains to bring in goods.

“We are susceptible to monopolies in this small insular state 2,500 miles away from the mainland, and much farther than that from any of our main markets in Asia for imports,” he said.

Case pointed out that while in Congress, he introduced three bills to reform the Jones Act, also known as the Merchant Marine Act of 1920.

Cavasso, a Republican who was state representative from 1985 to 1991, said he would like “to allow international ships on their way to the West Coast to … stop in Hawaii, unload their cargo, and continue on to the West Coast, so that we can reduce our costs of goods here in Hawaii.”

Cavasso said ships that bring goods to Hawaii from the U.S. mainland return only 5 percent full because Hawaii doesn’t produce enough of its own goods, which means Hawaii companies have to pay for shipping both ways to compensate.

Two other of the five total candidates seeking to represent Hawaii in the U.S. House — Calvin Griffin, nonpartisan, and Michelle Tippens, Libertarian — have said they also would seek, if elected, to repeal or update the Jones Act.

The Green Party of Hawaii candidate, Zachary Burd, has been unavailable for comment, but a  spokesperson said the party currently has no official position on the issue.

Akina said, “The Grassroot Institute of Hawaii hopes that whichever candidate wins on Nov. 6, they will go to Congress and do their best to help update the Jones Act.”

The full video of the Case-Cavasso forum can be viewed here: https://www.youtube.com/watch?v=PsdAQwdPn98.

For more information or to arrange an interview with Keli’i Akina, Ph.D., contact Josh Mason, Grassroot Institute of Hawaii communications director, at (918) 261-8444 or jmason@grassrootinstitute.org