Why we joined the ‘surcharge’ lawsuit 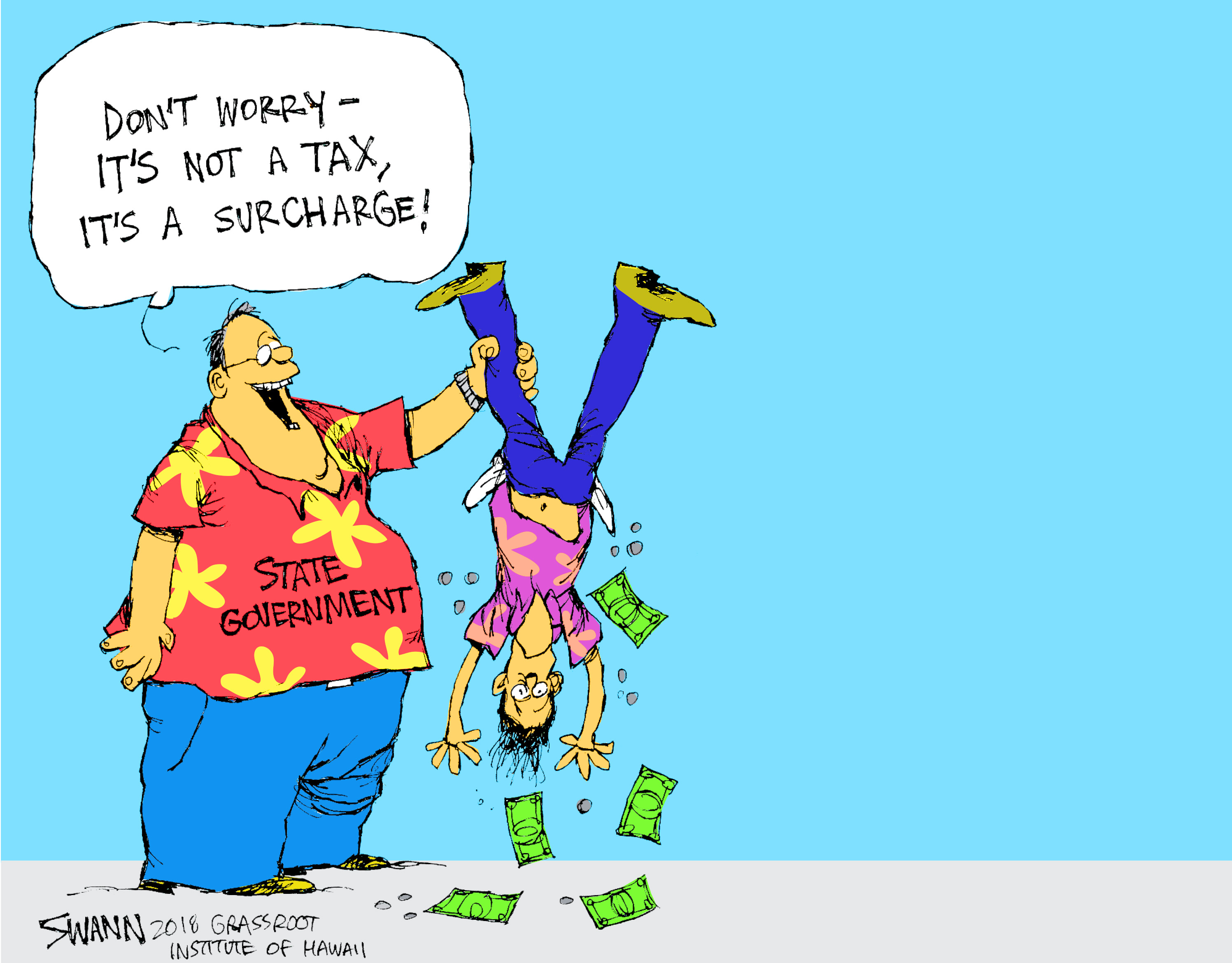 Shakespeare said that a rose by any other name would smell as sweet — proof that he wasn’t a lawyer … or a politician. Either of them would tell you that a “surcharge” smells a lot better to voters than a “tax.”

And that’s one of the problems with the ballot measure to raise taxes for public education.

The actual wording of the proposal that goes before Hawaii voters Nov. 6 is, “Shall the legislature be authorized to establish, as provided by law, a surcharge on investment real property to be used to support public education?”

You’ll notice that not only does it not define the term “investment real property” or what precisely will be funded in public education, but it also doesn’t use the word “tax.”

That may seem like a little thing, but consider if the question was worded more accurately: “Shall the legislature be given a new constitutional power to raise taxes on real property for state use?”

Giving the Legislature an entirely new taxation power is a much different thing in the eyes of voters than levying a “surcharge,” which implies a trifling sum, like a tip or service charge.

Language matters. The fact that the ballot measure was worded in this way was a clear attempt to sway voters to a particular side. And that isn’t how the democratic process should work.

That’s why the Grassroot Institute of Hawaii has joined the amicus brief of the Tax Foundation of Hawaii in the lawsuit by the counties to stop the measure from appearing on the ballot. The counties argue that the language on the ballot is intentionally deceptive, and we agree.

Courts have been clear that the language of a ballot measure should not be designed to mislead or deceive voters. In addressing a similar attempt at “wordsmithing” on a proposed amendment to the state Constitution, the Supreme Court of Florida wrote, “The voters … deserve nothing less than clarity when faced with the decision of whether to amend our state constitution, for it is the foundational document that embodies the fundamental principles through which organized government functions.”

The lawsuit from Hawaii’s counties isn’t just a technical matter or a last gasp to control property taxes. As proof that it touches on a serious question of law, the Hawaii Supreme Court has accepted the case for oral argument, which will be held Thursday, Oct. 18, at 8:45 a.m. Because most extraordinary writ petitions are denied without argument, the fact that the court has allowed this one to proceed likely indicates that it is concerned about the question at stake.

It is true that the Grassroot Institute of Hawaii has concerns that go far beyond the wording of this amendment, but part of the problem is that the language of it forestalls a fair public debate.

There is a time and place for clever wording and persuasive language. But that place is not a ballot measure that would dramatically change our state’s founding document.