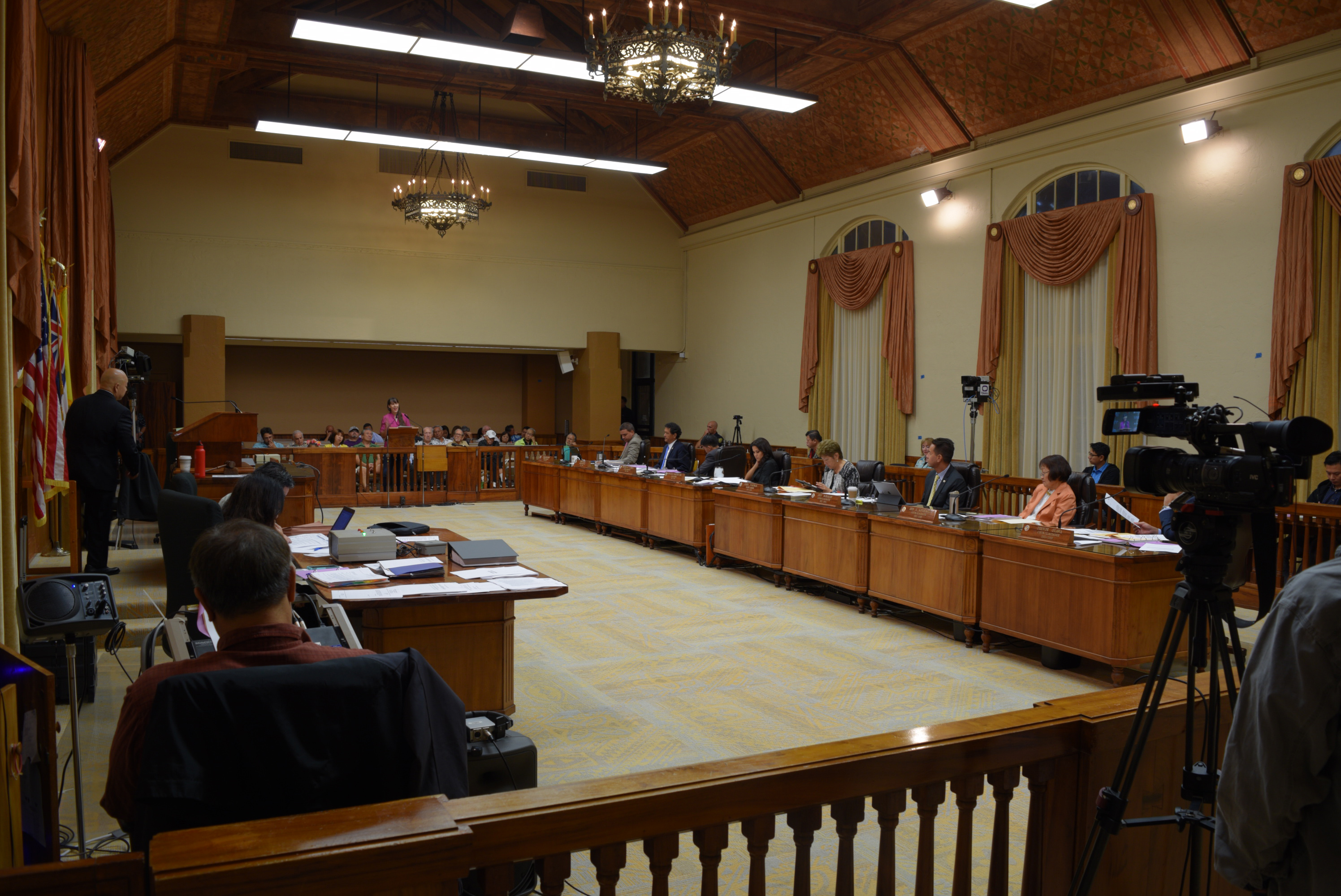 Sometimes, addressing rail funding can feel like you’re standing on the tracks, politely asking Hawaii’s policymakers to consider hitting the switch and redirecting the train before it runs us over.

That is why the Grassroot Institute of Hawaii last week was at a meeting of the Honolulu City Council. The Council was considering Bill 42, which would for the first time allow the use of city funds for the over-budget and behind-schedule Honolulu rail project.

In our testimony, we reminded the Council that in 2006 the full City Council had promised that city funds or bonds would not be used to fund the rail. To go back on that promise would be another violation of trust on a project that has continually violated the public faith.

Up to this point, the question of rail funding had led the Council to walk right up to the line of committing city money to the project. But now, after all that time spent balancing on that line, it has finally crossed it. The Council approved Bill 42 by a vote of 7-2. The two “no” votes belonged to Councilmembers Trevor Ozawa and Ann Kobayashi.

So now the question is how much the city will end up spending to finish construction … then pay for any continuing maintenance or administrative costs to keep it running.

The measure, approved Tuesday, Oct. 30, by the Council and signed Thursday, Nov 1, by Mayor Kirk Caldwell, lets the city spend up to $214 million (and after 2020, only $26 million annually) to pay administrative costs on the East Kapiolani to Ala Moana line. We’ve been told that this is necessary only to meet the Federal Transit Administration’s (FTA) requirements for federal funding. The Honolulu Authority for Rapid Transportation claims it’s not really in need of cash — it just needs the money to satisfy the FTA.

So the next step is deciding where to get the money. Does the city borrow it? Reach into the operating budget? Take the money from the rainy day fund?

Caldwell said that the action plan on how to fund the $44 million will be presented on Monday. He said the plan would be transparent and won’t jeopardize anything.

We’ve already heard assurances that this will be the limit of the city’s fiscal commitment to the rail project. Taxpayers have been promised that they won’t be stuck funding an endless boondoggle.

Unfortunately, we’ve heard those promises before — back when the rail cost a few billion dollars less. And with every broken promise, the rail loses even more support.

As we told the Council in our testimony, approving Bill 42 “would significantly damage the Council’s credibility when it comes to any future statements and promises it might make about rail — or any other subject.”