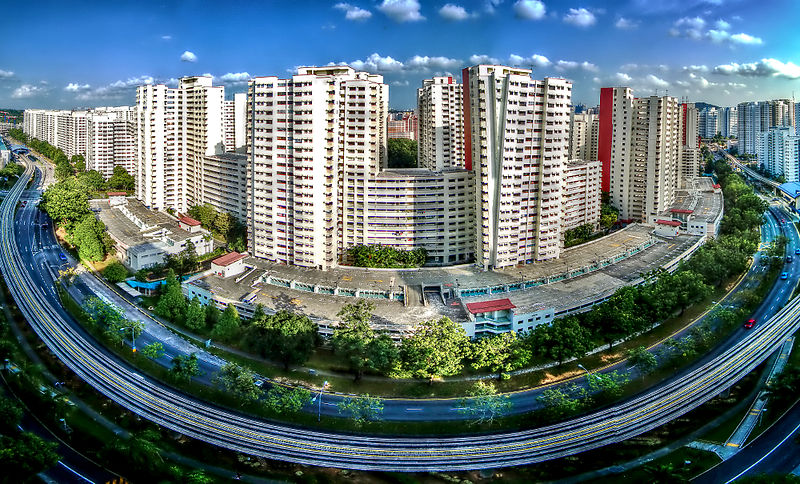 A proposal to build high-rise housing in Hawaii based on the so-called Singapore model could end up costing Hawaii taxpayers dearly — and distract from implementing the more effective solution of simply streamlining land-use regulations so it would be easier to build homes.

Waving the banner for this proposal is state Sen. Stanley Chang, who said he plans to introduce a bill during the upcoming legislative session that would establish a state agency — the ALOHA Homes Authority — tasked with building high-rise condominiums financed by bonds that would be repaid by the unit buyers. ALOHA stands for “Affordable Locally Owned Homes for All.”

According to his bill (page 23), two-bedroom units in the buildings would be sold for no more than about $300,000, adjusted for inflation. Chang said he believes the plan would be revenue-neutral, meaning that it would pay for itself and not impose on Hawaii taxpayers.

Among conditions for the buyers of these “ALOHA homes”:

Clearly not much aloha there.

The proposed land condemnation powers of the ALOHA Housing Authority also could be very unfriendly (page 26), though in a presentation at the state Capitol in November, Chang said his intent would be to build the high-rises on state-owned lands near the stations of the Honolulu rail project.

As for the housing projects being “revenue-neutral,” there are issues that could complicate Chang’s vision. For example, if the housing projects were financed through bonds, repayment would have to be paid by the state during the periods before unit sales could occur. And since housing project costs and completion times can and do change over the duration of a project, those payments could go on for quite a long time, imposing on the state’s current budget and possibly exceeding whatever revenues the ALOHA authority might derive from unit sales.

Chang acknowledged that the housing development process in Hawaii is “extremely complicated and extremely time-consuming,” taking at least five to six years, if all is going “really smoothly.”

Perhaps he hopes the agency would be allowed to bypass much of the conventional regulatory process, which would reduce the risk for taxpayers, but this is not mentioned in Chang’s bill.

And, of course, if a state agency were allowed to skip much of the regulatory process, private developers should also be given that special privilege, since they, too, are eager to ease the housing crunch.

As for the housing being open to “All,” Chang’s aim apparently is to welcome people of all income levels into the projects, so long as they have shed any other properties they might own.

Playing the role of social engineer, Chang in his presentation extolled the virtue of all the homeowners of varying income levels mingling at the shared amenities — such as infinity pools, barbeque cabanas, rooftop tennis courts and community gardens — resulting in a “higher quality of life” for all, though instead of 300 units per infinity pool at a more typical high-rise condominium, it would be more like 3,000 at an ALOHA project. That said, it’s difficult to imagine why wealthier individuals would want to liquidate any of the other properties they might own so they could live in a community that is more crowded and has less privacy.

Perhaps the most important objection to the “Singapore model” for new affordable housing is that, simply, Hawaii is not Singapore. It does not have the same booming economy or government programs as Singapore. It is weighed down by a taxpayer-funded public pension system that is more than $13 billion in debt; Singapore has no such system, leaving it with more money to spend on government housing projects.

In Singapore, the government’s Housing & Development Board plans, develops and constructs the public high-rise buildings, which house 80 percent of the resident population, 90 percent of whom own their own units. A major funding source for the units is a government-run mandatory savings program that forces workers to save 20 percent of their monthly income for their housing, health care, children’s education and retirement. Hawaii does not have this type of mandatory savings program, and it’s unlikely Hawaii residents would ever want one.

As national housing policy expert and Grassroot Scholar Randal O’Toole has been recommending, Hawaii homebuilders could easily be “building out” without destroying the aina, instead of “building up” in the already-dense, more expensive urban core, which is what the ALOHA homes would do.

Hawaii’s unique differences make it a prime candidate for cutting housing-development red tape as the best way to enable more homes to be built, rather than launching more dubious government programs. Housing supply and affordability would increase, and taxpayers would be spared bearing the burden, if the government-sponsored ALOHA housing plan were to wind up being more costly than anticipated.

Nicholas DeSimone is a researcher at the Grassroot Institute of Hawaii.