‘Everyone’ cannot afford another GET surcharge 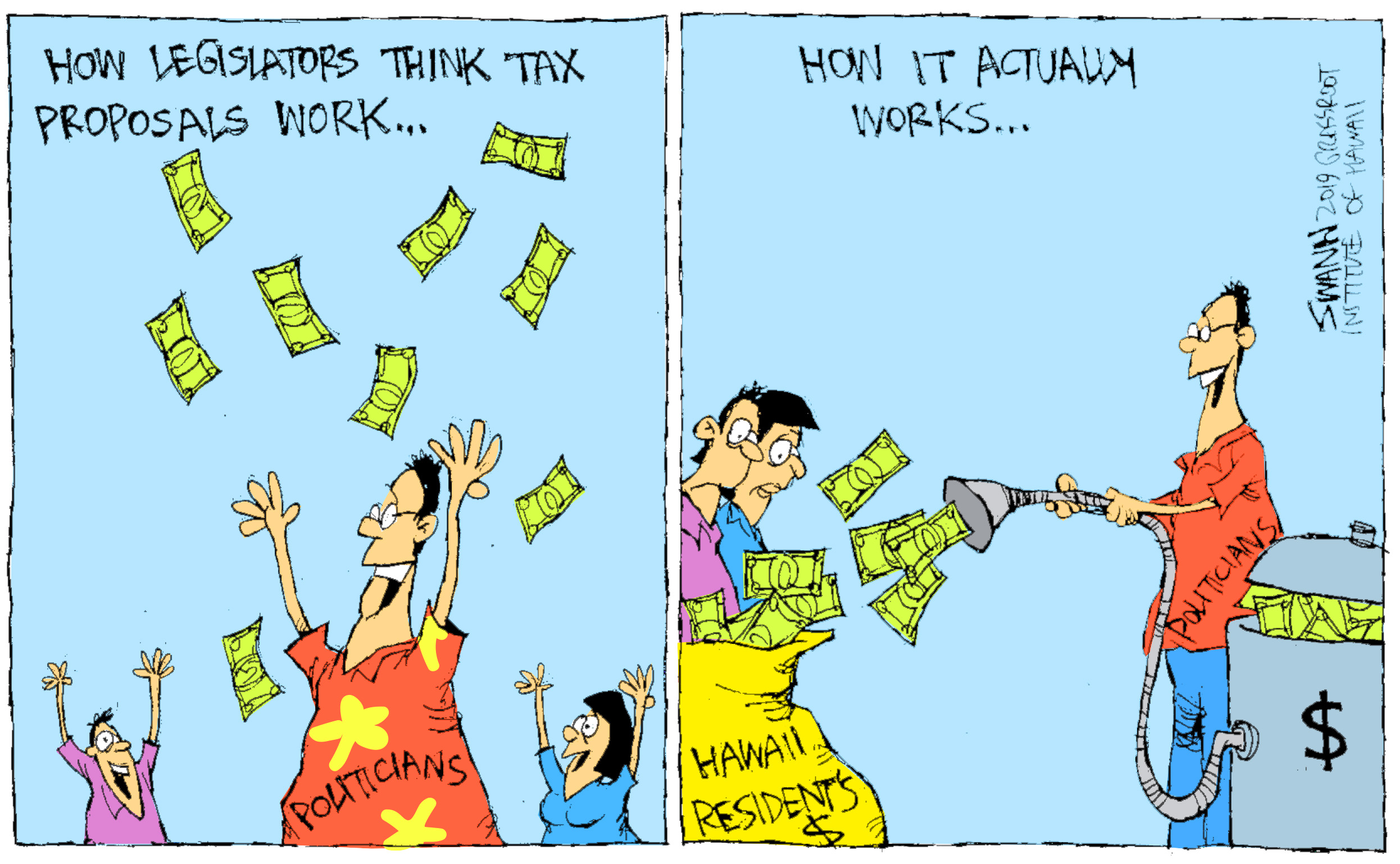 The road to hell is paved with good intentions … and tax increases.

In November, a proposed constitutional amendment failed in the courts, eliminating property taxes as a source of funding for the state Department of Education. Now, the Hawaii Legislature is considering another way to do the same thing — although this time they’re not pretending the tax is for only the very rich.

In fact, it falls hardest on the very poor: the state general excise tax.

Senate Bill 1474 proposes levying a 0.5 percent surcharge on the general excise and use tax in order to provide a “dedicated funding source” for the DOE and the University of Hawaii.

Once again, we are being told this will let us pay public school teachers what they deserve. As I’ve said before, I agree that good teachers deserve to be paid well. But nearly every problem that was in the proposed constitutional amendment is still present here, plus a few new ones.

For example, there is still no guarantee that the money would go to pay the teachers; all that is mentioned is the funding, not its purpose.

There’s also the fact that the 0.5 percent surcharge wouldn’t be enough to cover the DOE and UH budgets; they both would still need money from the general fund. In fiscal year 2018, the combined appropriations for the DOE and UH totalled $2.1 billion. But according to testimony from the state Department of Budget and Finance, the surcharge would increase state revenues by only $438 million.

Then there’s the issue of precedent. A GET surcharge has become the answer to every local spending project. So far there’s just the rail surcharge, but if we add an education surcharge, what will come next? A surcharge to deal with homelessness? Maybe one to improve kupuna care? Instead of making hard decisions about budgets and spending, policymakers will look to create a surcharge for every worthy issue.

I’ve spoken before about the “death by a thousand cuts” problem of Hawaii’s cost of living, and this is a great example. Proponents of the tax say it would be just a tiny increase — only half a cent on every dollar. But that’s the problem: These “small” increases add up: half a cent for rail, a few dollars more on your gas for the highways, a nominal fee on your car registration for another infrastructure project … Where does it end?

Moreover, to claim that “everyone” can afford another GET increase is to misunderstand the regressive nature of the tax. According to the Institute on Taxation and Economic Policy, Hawaii has one of the most unfair tax systems in the nation, and it’s largely because of the excise tax. ITEP estimates that the lowest 20 percent of earners in Hawaii spend 10.5 percent of their income on sales and excise taxes. That extra half-penny can mean a lot.

Finally, an education surcharge would would frustrate one of its goals. We’re told that it’s difficult to attract and retain teachers in Hawaii because of the state’s high cost of living. The exodus of Hawaii residents is enough of a problem that Gov. David Ige made it a theme in his most recent State of the State address.

So why would the Legislature enact a take hike that directly increases the cost of living? An increase in the GET has a ripple effect that makes everything more expensive. Instead of making the state more hospitable to teachers, it would make things worse.

The good intentions may be there, but a GET surcharge is not the way to help teachers. If state policymakers really want to make the state a more attractive place to teach, they should be looking at ways to cut taxes and lower the cost of living. That’s the best way to make Hawaii affordable again — for everyone.