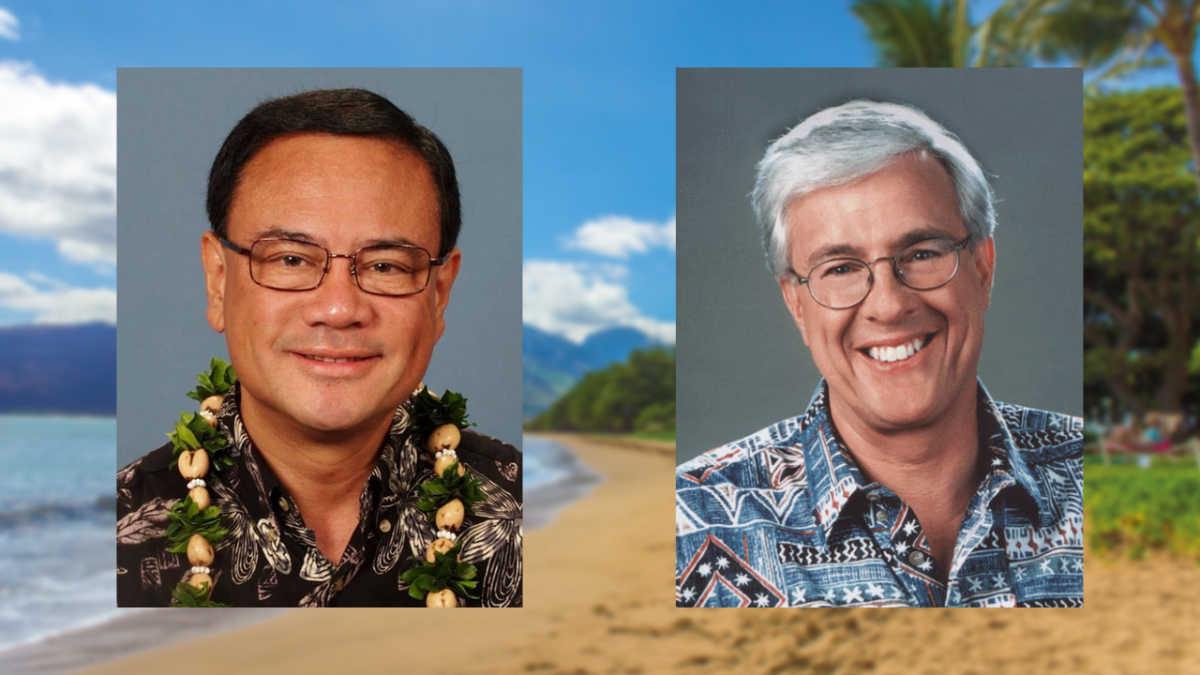 The host of one of Hawaii’s most popular morning radio programs, Michael W. Perry, of KSSK’s “Perry & The Posse,” wanted to know what the Grassroot Institute of Hawaii would like to see come out of the 2019 Hawaii legislative session, so he interviewed Keli‘i Akina, president of the independent think tank, on Jan. 25. Perry has been a prominent Hawaii radio figure for more than 35 years, and was very complimentary of Akina and the work being done by the institute. You can listen to the interview here.

Perry: Okay, I’ve got one of my friends here who is one of the smartest guys I know: Dr. Keli’i Akina. Maybe you’ve heard of him; he’s on OHA (the state Office of Hawaiian Affairs, as a trustee at large). He also leads the Grassroot Institute of Hawaii, which is Hawaii’s No. 1 independent think tank. Keli‘i, how are you this morning?

Akina: Delighted to be here with you, Michael. You’re the most trusted voice in radio; that’s why I love being here with you.

Perry: Well (laughter), OK, we’ll see if we can keep that one alive. Here we go:

A new Legislature, we’ve got the governor and a new State of the State. What are the things that Grassroot Institute — which is, by the way, an independent think tank — what do they want to see done? What (would) you guys, in a couple of bullet points, … like to see?

Akina: Sure. Overall, we’d love the governor and legislators to give us a reason to bring back our families and friends who’ve moved to the mainland. Mike, did you know that 12,000 people moved away from Hawaii last year because of the cost of living?

Perry: Yes, as a matter of fact we did know that.

Akina: So we’ve got five things that can be done to bring them back. Can I share them with you?

Akina: No. 1: Lower taxes. We have the highest GE tax and top personal marginal tax in the nation, and that really is something we can’t bare.

No. 2: Open up more land for houses. You know we only develop on 5 percent of our land mass? If we increase that by 1 or 2 percent, we could increase the supply and bring the costs down.

Fourth: Urge Congress to reform an old shipping law called the Jones Act. We don’t have to get rid of it, but if we update it we can bring down our costs tremendously.

And the final thing is fix our employee retirement system. Right now we owe $13 billion that our great grandchildren are going to have to pay. If we can find some ways to reduce that cost, we’ll be able to get rid of that unfunded liability.

Do those five things, we’ll be able to make Hawaii more affordable for our friends and our family.

Perry: And keep our kids from leaving Hawaii, which they have to do. I can’t tell you how many people in my own family in everybody else’s family, “I’ve gotta go to the mainland.” And they go to the mainland and they find they can buy a mansion for $300,000 and live like a king on sixty-thousand bucks a year.

Akina: We can fix Hawaii and make it a place where everybody can afford to live.

Perry: Boy, I hope somebody talks to you. If you would like to … These guys put out a weekly blast, it’s called the Weekly Report from the Grassroot Institute — don’t say “grassroots,” that’s the name of a ‘60s band …  grassrootinstitute.org, if you go there you’ll see what these guys do. And everything that I read from you makes sense, and none of it ever happens. Why is that?

Akina: Well, we need people to speak up and call their legislators and call the governor and say, “Let’s use some common sense to change our state.” For example the governor’s talking about raising the gas tax now. Let’s let him know how we feel about that. We pay enough in taxes already.

Perry: And the GE tax is probably one of the most insidious taxes of all time because it’s a hidden tax. It’s not just the 4 percent that we see or a small business has to pay. It goes on and on at every single level.

OK, tell you what, we could go on for a long time. Dr. Keli‘i Akina, he’s a very intelligent guy. He leads the Grassroot Institute. Go to grassrootinstitute.org and you’ll see why we agree with most everything he says. Thanks, Keli‘i, appreciate it.

Akina: Michael, aloha kakahiaka to you and your listeners.