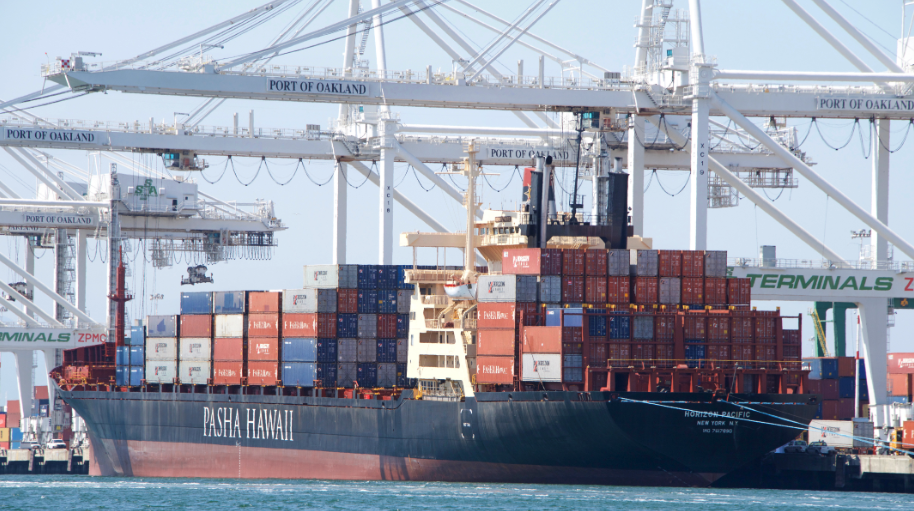 Have you ever wondered why there are only a few ocean common carriers carrying goods between Hawaii and the U.S. mainland?

Mainly it has to do with the federal U.S. shipping law known as the Jones Act, otherwise known as Section 27 of the Merchant Marine Act of 1920.

Not only does the Jones Act block foreign companies from transporting goods between U.S. ports by requiring that all ships in the domestic trade be U.S.-owned, U.S.-flagged, and three-fourths crewed by Americans, it also requires the qualified carriers to use only substantially overpriced U.S.-built ships.[1]

As a result, only two companies — Matson Inc. and Pasha Hawaii Transport Lines LLC — have held dominance over the Hawaii-U.S. mainland cargo market for years.[2]

The Congressional Research Service estimated in 2017 that U.S.-built ships can cost six to eight times more than foreign-built ones.[3] This amounts to millions of dollars in extra costs, disincentivizing U.S. carriers from purchasing new ships. The effect has been to insulate Matson and Pasha from additional competition from U.S-owned, U.S.-flagged ships, as evidenced recently when TOTE Maritime was considering entering the Hawaii-U.S. mainland market.

TOTE had planned on buying four ships from Philadelphia Shipyard. While the exact cost it would have had to pay for the ships is not publicly available, there are some estimates. Matson recently bought two containerships from Philly at a cost of $418 million.[4] TOTE’s order was for ships of a similar size, meaning they would have likely had to spend almost $900 million for all four.[5]

TOTE was apparently prepared to pay for the extra costs of the four additional U.S.-built ships, but when combined with other factors, the cost of the ships became a deal-breaker. Those other factors included having to upgrade the piers assigned to it by the Hawaii Department of Transportation, having to procure cranes for cargo loading and unloading, and “possibly some dredging.”[6]

If TOTE could have bought its ships at a fraction of the cost from South Korea, it might have been able to afford the necessary harbor upgrades. Instead, TOTE canceled its plans entirely.

If TOTE had been able to enter the Hawaii market, competition would have increased, likely leading to lower prices, thereby benefiting shippers and consumers.

The precedent for that? One year after Pasha entered the Hawaii market in 2006, competing against Matson and Horizon Lines, Matson’s vehicle business (the transporting of cars and other vehicles) was off 20 percent.[7] To retain market share, both Matson and Horizon had to lower their rates.[8]

Currently Hawaii has few transportation choices, and the Jones Act’s U.S.-build restriction is a major reason. Artificially high capital costs have been a barrier to entry, and led to Hawaii to have only two ocean cargo carriers to serve the market. Horizon pulled out of the market in 2014, citing the high maintenance and potential replacement cost of its “aging ships” as a factor.[9]

Eliminating the Jone Act’s U.S.-build requirement for ocean cargo vessels would lower the cost of entry for potential competitors, likely leading to increased competition and decreased costs for Hawaii consumers.

[2] Michael Hansen, “TOTE pulls plug: What will Hawaii DOT, Philly Shipyard, Pasha and Matson do next?” Hawaii Free Press, Jan. 31, 2018, //www.hawaiifreepress.com/ArticlesMain/tabid/56/ID/21066/TOTE-pulls-plug-What-will-Hawaii-DOT-Philly-Shipyard-Pasha-and-Matson-do-next.aspx. There are other carriers that ship goods between Hawaii and the mainland, such as Crowley Maritime Corp. and Kirby Corp., but they operate ocean-going “articulated tug barges” instead of ships, limiting their market share to mainly liquids such as petroleum. See “Petroleum and Chemical Transportation,” Crowley Maritime Corp., //www.crowley.com/what-we-do/petroleum-and-chemical-transportation/overview, and  “Fincantieri Bay Shipbuilding Delivers Kirby ATB,” Maritime Executive, Jan. 26, 2018, //www.maritime-executive.com/corporate/fincantieri-bay-shipbuilding-delivers-kirby-atb-1.