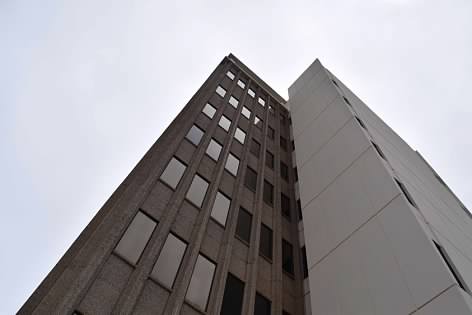 For many Maui families, purchasing a home is a pipe dream. However, there may be an opportunity for them to realize that dream, if county residents would be open to reforming local housing regulations.

Maui’s complex zoning laws act as a barrier to homebuilding, according to a March 2018 audit for the county prepared by Orion Planning and Design. The report identified key problems with the county’s zoning regime, ranging from outdated plans and a lack of transparency to the 600-page labyrinth that it entails. [1]

It appears the general intent of the Maui County Council is to heed this report’s warnings.

At a recent meeting of the Council’s Affordable Housing Committee, Councilmember Riki Hokama said, “The [planning] department is gonna start proposing recommendations for Title 19 (Maui’s zoning code). We have workers with no housing, … but I don’t think that’s the county’s job to provide [housing]; it’s the county’s job to support and participate in and help advocate [for it].” [2]

This is a step in the right direction, since much of Maui’s current housing initiatives focus on affordable housing. Subsidized housing might help a small fraction of the county’s low-income families, but without policies that encourage the increased supply of market-rate homes, housing prices will continue to increase. [3]

One option is to “build out” — encourage homebuilding outside of the Maui’s urban zones where land and home building costs are likely to be less expensive. Grassroot Scholar Randal O’Toole has extensively documented how Hawaii’s excessively broad land-use regulations have made housing prices in the state among the highest in the nation. [4]

But “building up” also is an option. Specifically, Maui County should consider increasing housing density and mixed-use zoning in urban centers. Not only would this grow Maui’s housing stock; it also would reduce the need for personal transportation, thus decreasing traffic and carbon emissions. As an added bonus, building in these areas would not trigger state involvement or require environmental impact statements, both of which would add to the cost of building new homes.

Maui’s urban housing districts — which include single-family, duplex and apartment-zoned lands — are predominantly zoned for single-family homes. [7] This makes it hard to build higher-density housing, which could come with a more reasonable price tag. Maui’s single-family districts require up to 10,000 square feet to build a single housing unit, [8] whereas  30-unit apartment structure could be built on those same plots, if it were legal. [9]

Maui families could move to the less expensive suburbs, as mainland families do; however, current land-use regulations limit suburban sprawl. [10] As a result, Maui’s minimal suburban housing is barely more affordable than market-rate homes in Kahului.

Subsidizing affordable housing projects, or even public housing projects, won’t be enough to fill the growing need for houses in Maui County. To realize that goal, we must work together and redesign the zoning code for the benefit of all residents. If that coincides with decreased traffic and carbon emissions, even better.

[1] Orion Planning and Design, “Title 19 Zoning Code Audit,” March, 2018, //www.mauicounty.gov/DocumentCenter/View/112081/MCC-Title-19-Zoning-Audit-Report-and-Appendices-March-2018-: ”All 11 required plans have been adopted, but only three plans have been adopted or updated within the past ten years. … Title 19 contains a patchwork of processes scattered throughout the code, as opposed to logically and thoughtfully arranged. … The audit team discovered that there are more than 600 pages of rules that apply to Title 19.” pp. 9-13.

[4] Randal O’Toole, “Build up or build out? How to make housing more affordable” Grassroot Institute of Hawaii, Feb. 19, 2019, Page 6. //www.grassrootinstitute.org/wp-content/uploads/2019/02/OToole_Build-up-or-build-out_full-report.pdf

[10] “History,” State of Hawaii Land Use Commission, 2019, //luc.hawaii.gov/about/history-3: “In 1961, the Hawaii State Legislature determined that a lack of adequate controls had caused the development of Hawaii’s limited and valuable land for short-term gain for the few while resulting in long-term loss to the income and growth potential of our State’s economy. Development of scattered subdivisions, creating problems of expensive yet reduced public services, and the conversion of prime agricultural land to residential use, were key reasons for establishing the state-wide land use system.”

[12] “19.20 B-3 Central Business District” & “19.24 M-1 Light Industrial District” Code of Ordinances, County of Maui, //library.municode.com/hi/county_of_maui/codes/code_of_ordinances?nodeId=TIT19ZO_ARTIICOZOPR_CH19.20CEBUDI. B-3 allows for, “Multifamily dwellings, duplexes, and bungalow courts,” while M-1 allows for, “Any use permitted in a B-1, B-2, or B-3 business district; provided, however, that no building, structure or portion thereof shall be hereafter erected, converted, or moved onto any lot in an M-1 district for dwelling purposes, including hotels and motels, except for dwelling units located above or below the first floor and apartments.”