The hypocrisy of minimum-wage laws 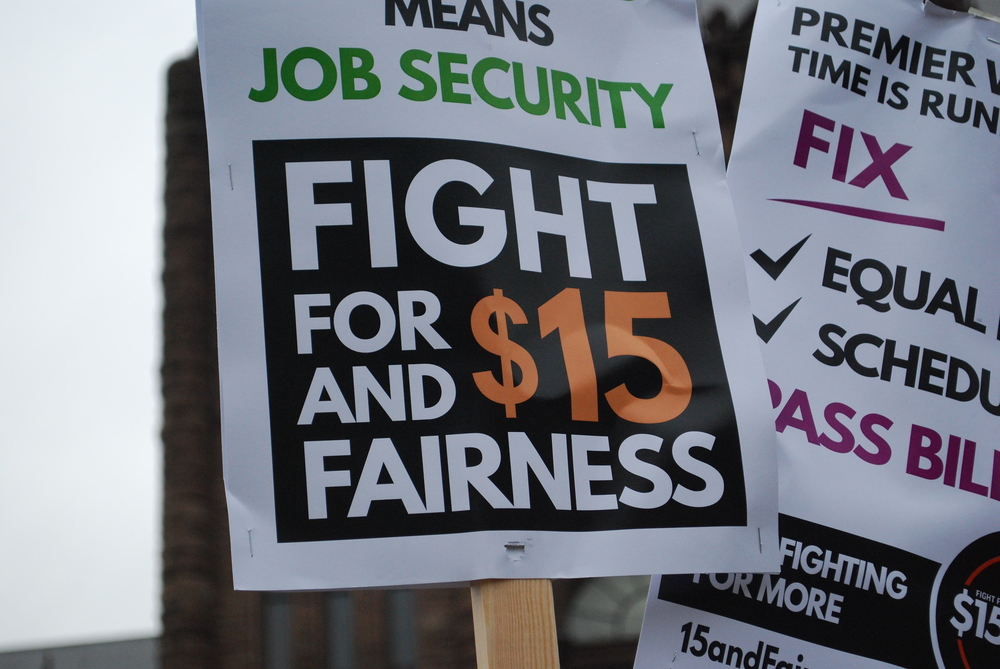 They have raised the minimum legal wage many times before, but they complain that it is never enough. The last increase in the minimum wage wasn’t enough because the prices of food, clothing and shelter keep going up faster than wages.

Why do the prices of food, clothing and shelter keep going up? Could this have something to do with the behavior of politicians and government?

Specifically, a general rise in prices is caused by government monetary policy. The kids in charge of the Federal Reserve Bank in Washington, D.C., have been having a lot of fun over the past 15 years or so printing trillions of dollars. This has resulted in more and more dollars being needed to buy the same amount of goods, causing the value of wages, savings and pensions to decline.

Politicians could tell the Federal Reserve gang to stop printing money, but they don’t, because printing more money is useful to the spending plans of politicians. In this manner, politicians rob our wages, savings and pensions.

State politicians are also responsible for prices constantly going up. They don’t print money, yet they keep raising taxes on nearly everything. State politicians could give workers an effective pay raise by reducing taxes on the earnings, savings and purchases of workers. But they don’t. Politicians don’t cut taxes because tax revenues are useful to the spending plans of politicians.

Federal and state politicians could also lower prices in the islands by ending the Jones Act, a very old law that severely restricts shipping to the islands. Wouldn’t it be nice for politicians to end the Jones Act and give workers an effective pay raise? But politicians won’t. Indeed, politicians rarely offer solutions that reduce their own power.

All work in the marketplace is ‘volunteer’

In the 2019 Hawaii Legislature, many of our lawmakers want to make it illegal to work for less than $15 an hour. Some have suggested $17 or more. The idea is quite popular because higher wages are popular.

But a minimum-wage law is not just an expression of desire. It is a threat of jail. And who is threatened? The law threatens voluntary behavior between consenting adults.

If an employee voluntarily agrees to work for $10 an hour, and the employer volunteers to pay, they both benefit or they wouldn’t do it. They don’t threaten each other. But politicians think that people are too stupid to make voluntary decisions for themselves. Politicians prefer threats.

So when politicians ask volunteers to work for nothing, they are encouraging people to work for less than the legal minimum wage. This is legal because politicians have granted exceptions to the law.

There is another exception for schools. How does this work?

Businesses like to train inexperienced workers while paying them wages commensurate with their skills. As those workers become more skilled, and thus more productive, the businesses can afford to pay them more. But minimum-wage laws make it too expensive to train many of these potential workers on the job. So inexperienced potential workers must pay schools for training instead of receiving wages from the businesses.

Schools then are allowed to arrange for students to work in business as unpaid interns. Since student interns must pay tuition to schools in order to get work for a business at $0 an hour, students are really earning negative dollars an hour.

Negative dollars? Yes. Students pay far more to schools in tuition than they receive in pay from business while working as interns. Students pay for a notation on school records called “credits,” certifying proof of the experience.

This certification and credit system earns a lot of money for schools, but schools don’t always work so well for students who graduate and still can’t find jobs. By the time young people even start to register as university-sponsored interns, most have already spent 12 years of their lives, largely in government schools, having obtained surprisingly few skills for earning a living in the business world.

If Hawaii politicians could simply raise wages by passing a law, then why not pass a law that would raise the legal minimum to $100 an hour? Surely every worker would be happy with this — until customers got the bill.

The cost of a vacation in Honolulu might soar from $4,000 to $40,000, and tourists would flee for the resorts of Florida. The cost of an aloha shirt might soar from $50 to $500, and customers would scramble for shirts from Mexico instead. The cost of university tuition in Hawaii might skyrocket from $10,000 to $100,000, and students would transfer to California or some other mainland state. Businesses in Hawaii would shut down, automate or move away. And crowds would race to the state Capitol demanding the repeal of such a law.

Therefore, the key to a popular minimum wage law is to demand only a modest rise in wages — raising it just $1 an hour instead of $100 an hour.

But increasing the wage even just a little bit divides the workers between those who get raises and those who lose their jobs.

Those who lack seniority or skills are the least influential and the first to lose their jobs. Once these people are pushed off the career ladder, they join the unemployment rolls, welfare rolls or school rolls. People who had a chance at being independent through their own earnings suddenly become dependent on politicians and the earnings of others.

Economist Walter Williams calls these minimum wage laws “the new Jim Crow laws,” because of the harmful effect on young people — especially ethnic minorities. [1] In the 1940’s, recounts Williams, the minimum legal wage was low and covered few jobs. The unemployment rate of young white men was 10 percent and the unemployment rate of young black men was actually lower, at 9 percent.

Clearly, a higher minimum wage can’t be of much use if it leaves the people it was intended to help without jobs. Nevertheless, politicians claim to be helping the very people whom they hurt the most with such laws.

Prices can be forced, but not value

But this does not explain why most employers pay most workers far more than the minimum legal wage. [3] Employers aren’t required by law to pay people more, but they do so most of the time.

Why? Because a wage that is higher than the legal minimum is worth it to both parties. When an employer and an employee agree on a wage that is satisfactory to both, they voluntarily enter into a contract. Their values and motives may be different, but this is how the market mediates the values of millions of players in a free society.

Politicians don’t understand this. Politicians believe that their own values and motives are superior, and that they can dictate value to others through the force of law. But they cannot force value to exist where it doesn’t exist. They can force prices, but not value.

If a person contributes $10 an hour of value to a company and a business is required to pay the same person $15 an hour, the employer will lay off the worker or eventually have to close up shop, move away or automate — and still lay off  the worker.

Politicians don’t understand this. To raise their own wages, they just pass a law and force taxpayers to pay them, regardless of the value of their hours of “work.”

How to test the value of politicians’ work? Allow the citizens — the ultimate employers of politicians — to voluntarily decide how much to pay them.

Mainstream economists wax eloquent about cost-benefit analysis in determining the supposed effect of price controls “on balance.” This approach completely ignores the importance of individual rights to a free society.

Perhaps. But doing so ignores the value of individual rights and the incentives essential to wealth creation. This is true when one person robs another. This is also true when larger numbers of people ask officials to use the force of government to coerce the “transfer” of wealth that belongs to others. The violation of rights is not a part of the typical economist’s cost-benefit equation.
__________________ 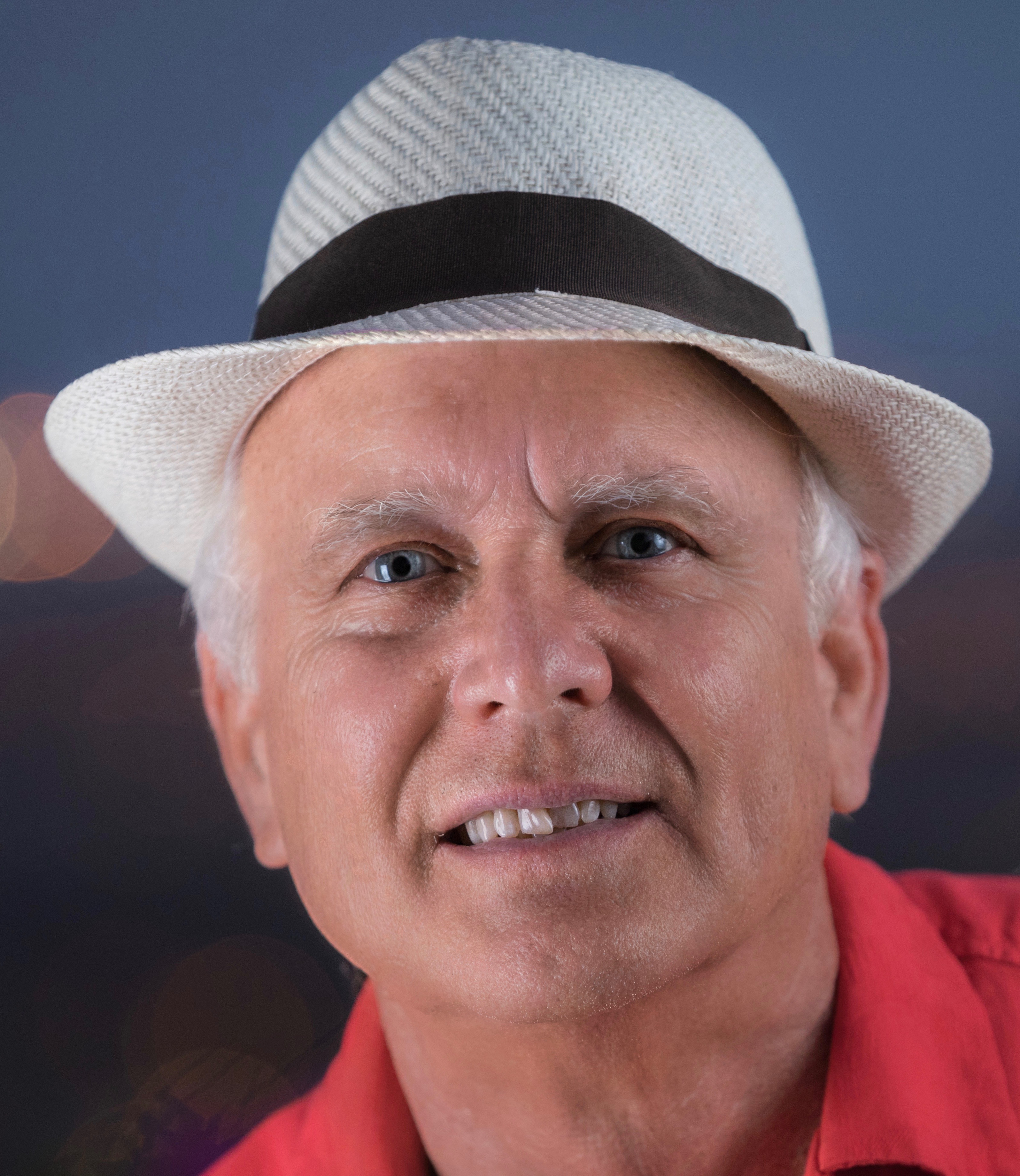