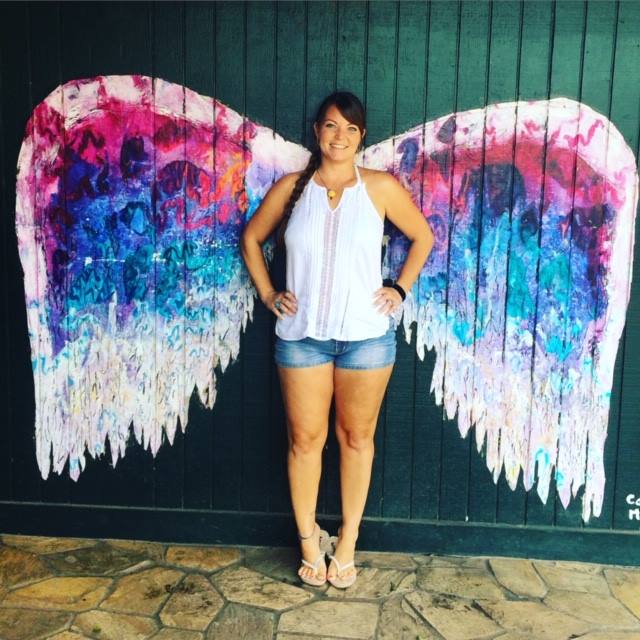 “I wasn’t born or raised in Hawaii, but when I visited for my best friend’s wedding and felt the aloha spirit, I knew it was where I belonged. I packed and sold my belongings, quit my high-powered career, said my goodbyes to Texas and was on my way to paradise within two months.

“My first year was a struggle. No one wanted to hire a 26-year-old single female to a similar position or paying career, since so many people came and went so often. I went from making more than $70,000 a year to cleaning the toilets of the wealthy so that I could rent a room in a family’s home.

“Through the years I spent in Hawaii, I had a couple decent jobs, but mostly worked two or three jobs at a time to make ends meet. Even for the big positions I interviewed and qualified for, I was never offered more than half of what I previously made in Texas, and to me, it wasn’t worth giving up the flexibility of life in the islands to still only make enough to be comfortable, yet be stuck in an office most of the time. I accepted way less than I was worth to help build a couple companies that still offered flexibility, only to be let go when things got good for them. I was promised a partnership, then dropped as soon as I demanded something on paper. There was no honor, only money-chasing and using my skills to get them where they wanted to be.

“After seven years, I made the decision to move back to the mainland to start my own business. I still miss my life in Hawaii every day, but can’t imagine continuing the financial struggle to keep a roof over my head as it was. My hope is to build a financially stable life here in Texas, save some money, get some investments going, and eventually be able to move back to Hawaii — or to some place more financially feasible where I can still live my best life and be happy in the sunshine near the ocean.

“I wouldn’t trade a moment of my life in Hawaii for all the money in the world, but there had to be a stopping point, a point where I discontinued digging a deeper hole in my credit and living paycheck to paycheck, and considered my future stability needs.

“Though I don’t have family who live in the islands, I gained some amazing ohana that I know will always be in my heart and I can visit anytime. The connections were deeper in Hawaii because the people were deeper, and the magic of the aina made even huge struggles seem so much smaller. Hawaii is in my soul, and if I never get to move back, I will still carry the aloha spirit with me and visit as often as I can for the rest of my life.”