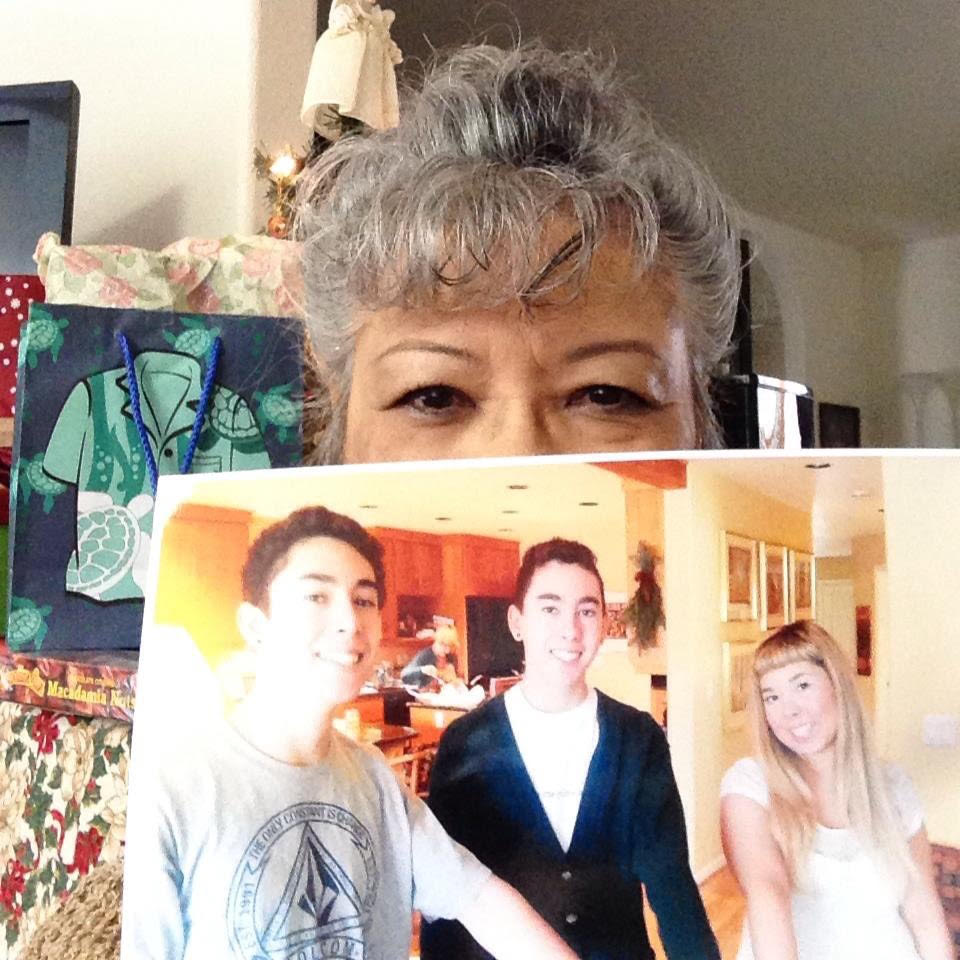 “After graduating, I spent a year living in San Francisco with my dad. In 1975, I met and married my current husband. We lived in Vancouver, Corvallis, and Salem, Oregon. In 2003, we moved to Bend to be closer to our son and his family. In 2006, after my husband’s mom passed, we decided to move to Hawaii.

“By this time I had lived on the mainland for 37 years and was ready to move ‘home,’ thinking this would be the last move. For 37 years we had been able to save, finally selling the house we had owned to afford a down payment on a house in Hawaii. My husband loved the warm weather and joined a paddling club. I was able to share weekly crafting with some very special ladies and held an annual Christmas Bazaar in my home. Life was good in Hawaii!

“In September 2016, we received a note from my son and daughter-in-law, stating that since we were getting older, maybe it was time to move closer to them so they could help us as we aged. At that time my husband was 74 and I was 72, and I was ready to leave Oahu and Hawaii. Oahu was no longer the island I loved and spent 24 years growing up on. The 1950s and ‘60s were simple days. The population was low and we knew just about everybody in Kaneohe. Compared to Kaneohe in 2016, it was not a special place anymore, save for the people and aina. Politics and various levels, groups and some leaders appeared corrupt. Spending and priorities were skewed. Depression was settling in and I became angry. Really, spending $8 to 9 billion on a rail that was to cover 20 miles, on an island no less?

“Violence on Oahu picked up, food prices were outrageous. On the plus side, the value of the house we purchased in 2003 was going up. In September 2017, a friend who has a California realty license recommended that it was a good time to put our Hawaii house up for sale. So things were set in motion. We made an offer on a house in Bend, Oregon and moved in on Nov. 16, 2018.”

Photo: Josi shows a picture of her grandchildren Cam, Chris, and Chloe Babcock.