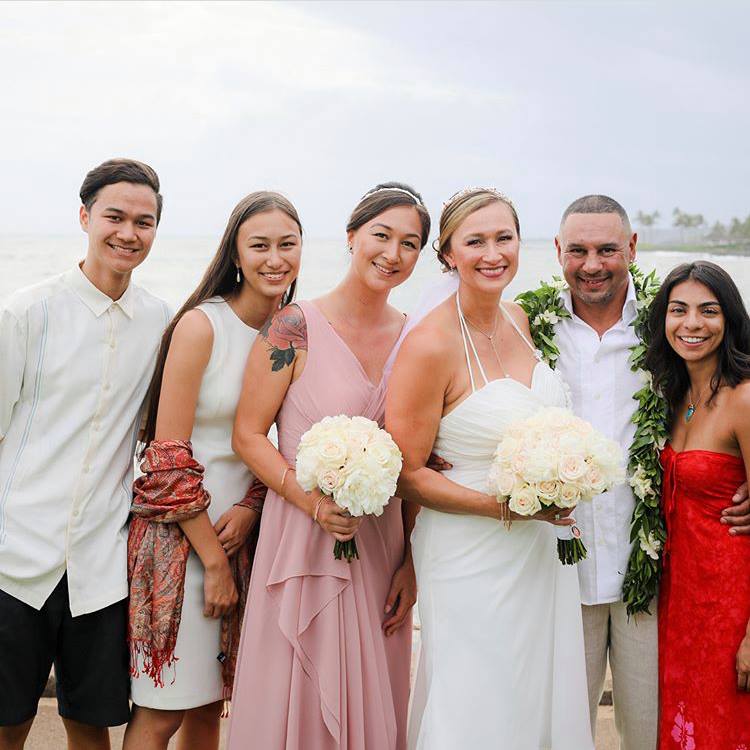 “I was born and raised on the island of Kauai before moving to Arizona in 2007. At the time, my dad was offered a job to teach jujitsu at a martial arts school for better pay and opportunity.

“At first we were devastated to be so far from our extensive family on both sides who live in Hawaii, not being able to see our grandparents, cousins, uncles and aunts. However, after living in Arizona for more than 10 years while visiting Hawaii periodically, it made me realize that Kauai and Hawaii in general was very sickly, with a lackluster school system and scarce job opportunities.

“This realization made me thankful for the struggle our family went through, since it ultimately led to us receiving scholarships from universities, thanks to better schools; better job opportunities for our parents, who were able to make steady incomes and afford luxuries we could never have had in Hawaii; and the new people we met who changed our lives forever.”

Photo: Kayla, second from left, with her family at her mother’s wedding in 2018.