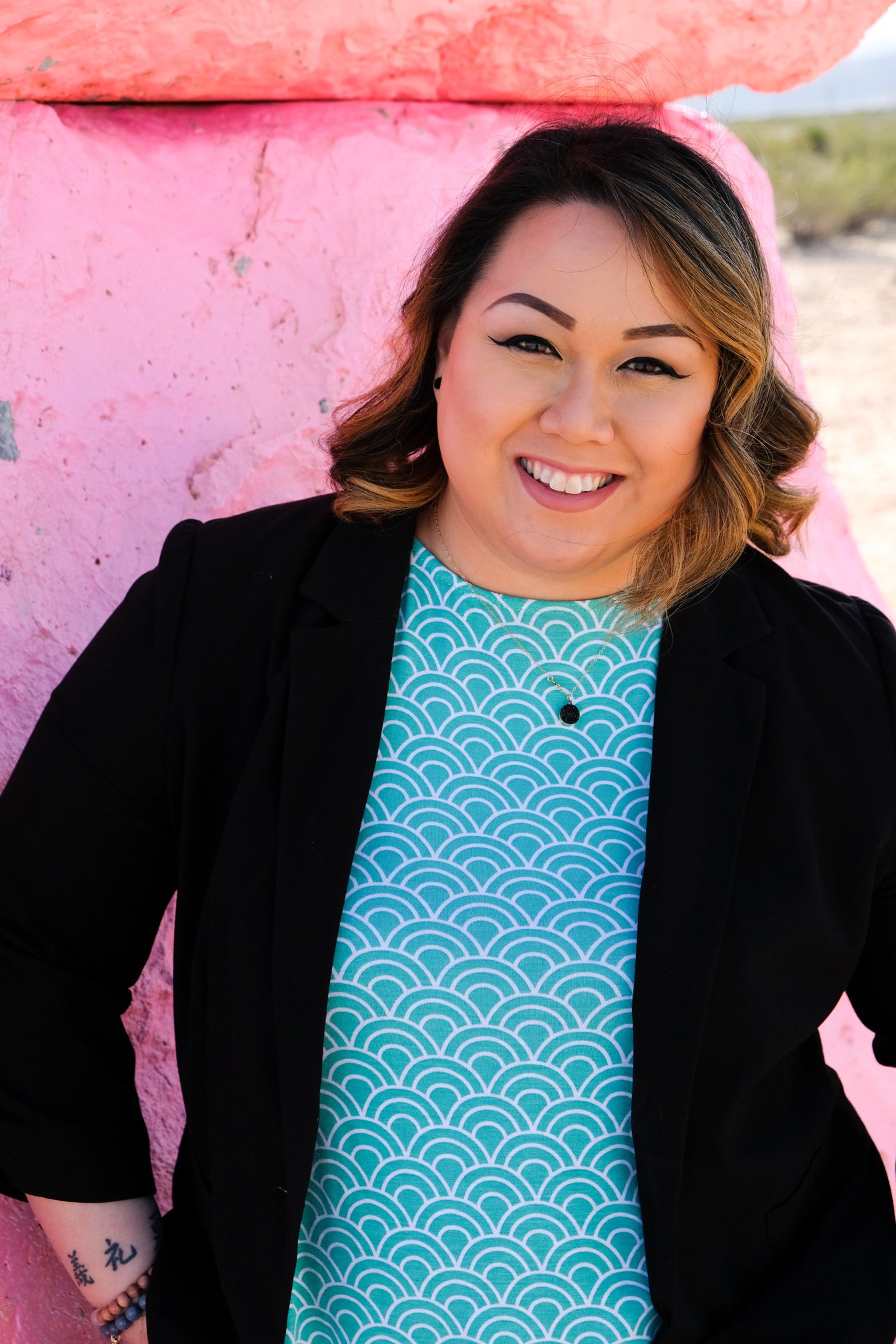 “I was born and raised in Kailua, Hawaii. In high school I met my husband, and we have been together ever since. We were engaged in 2006, but didn’t marry until 2012 because we wanted to finish college. We both got our degrees, and while in our early 20s move into a place in our hometown near our family and friends, thankfully, that was considered “affordable.”

“We had debt from our wedding, college loans and other financial burdens, and the financial weight of everything started to take a toll on our relationship. At one point, my husband had three jobs and I had one and several creative side hustles. I told myself that my hometown was where I was going to grow and raise my kids, too, but that just stopped being realistic and I gave up. I didn’t want to fight about money anymore, and I was tired of not seeing him (we worked opposite schedules). I cried to myself the day we decided to announce that we were moving, because that’s when it hit me that it was real. My husband was excited, but I was scared.

“In August of 2015 we moved to Las Vegas. We felt it was the easiest place to transition to because we have friends and family here. It took a lot of getting used to, and I had to learn a lot of things. Directions were funny because “mauka” and “makai” were no longer relevant. My husband finally found a job he absolutely loves, and I have already experienced two jobs that I wouldn’t have been able to get in Hawaii because of where we were in our lives, one of which was working for a global tech company. I’m now blessed to be working on my own business full time, and our quality of life is much better.

“I keep telling my husband that had we not moved, we wouldn’t ever have been able to do, see and try things we have done had we stayed in Hawaii. We would’ve still been in our one-bedroom, one-bath kitchenette of a duplex and never see each other because of our opposite schedules.

“While I don’t take for granted our struggles, and I miss home terribly, I will say that we’re very lucky and grateful for the life we have now. I don’t have any regrets moving, and visiting Hawaii is a lot more fun, because I get to leave the expensive price tags to come home to lower food prices and no tax on groceries. But I like to come home at least once a year because it helps ground us. Vegas never sleeps and is always on the go, so it’s nice to stop, breathe fresh air, eat farm-fresh foods and be able to walk outside and see green again.

“We barely see our friends and family here because they live in different parts of the city, which is kind of a far drive, but I now enjoy being home in Las Vegas because we get to actually have dinners together. Normal little things like that make me happy, and my husband gets to actually be a part of events, too. It’s been helpful for our relationship, and the move has made us rely on each other more, which has brought us closer.

“If we were to move home, we would need to find comparable jobs, the housing prices and cost of living would need to significantly come down, and traffic would need to improve. I doubt those would ever happen in my lifetime, so it is what it is. My business is primarily in Hawaii, so I have to come back now and then, and I’m just happy that I’m able to do that still. I do miss home, but the home I miss isn’t Hawaii as you see it now, and since that simpler Hawaii isn’t coming back, neither are we.”