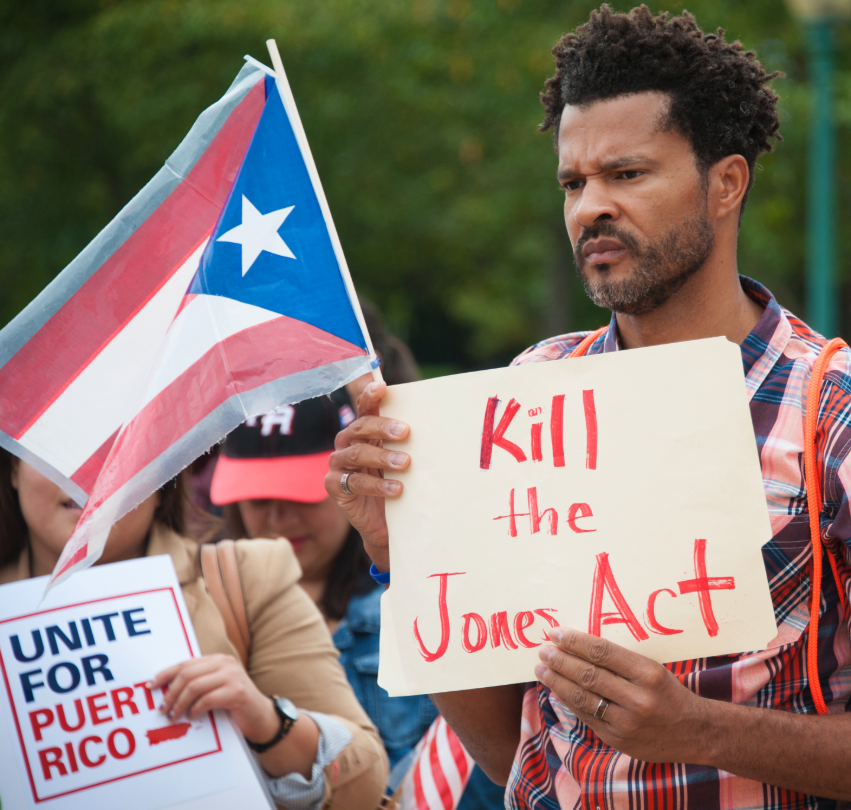 Two new studies have confirmed what observers of the Jones Act have known for years — that the century-old federal maritime law has long been harmful to Puerto Rico’s economy.

One of the studies, conducted by John Dunham & Associates, found that the Jones Act has prevented the creation of 13,250 jobs and $1.5 billion in annual economic growth, representing $1.1 billion in higher prices, $337.3 million in wages, and $106.4 million in lost tax revenues.

The other, conducted by Advantage Business Consulting, looked specifically at U.S. territory’s food industry and estimated that the Jones Act equaled a 7.2 percent tax on food and beverages alone, or about $367 million extra for island residents.

Feliciano and his team of researchers derived their estimates from data showing that transporting containers from the United States to Puerto Rico costs, on average, 2.5 times, or 151 percent more, than transporting from foreign ports. Specifically, “$3,027 from U.S. ports versus $1,206 from non-U.S. ports … after having made the corresponding adjustments for size of container and distance.”

There are three reasons Jones Act ships are more expensive to operate.

On the last point, transportation specialist John Frittelli explained in a 2017 report for the Congressional Research Service that Jones Act ships sail on “piston’” routes — “going back and forth between two ports instead of sailing on triangular routes that might improve vessel utilization.”

Using Puerto Rico as an example, Frittelli said Jones Act carriers are more heavily loaded on sailings from Florida to Puerto Rico than on the return trips. But if they could call at Caribbean island nations on those voyages, “they could amass more cargo before returning to Florida, thereby improving capacity utilization.”

A 2013 study by the U.S. Government Accountability Office found that Jones Act ships serving Puerto Rico typically return to the U.S. mainland with only 20 percent of their cargo capacity filled. Even a 2018 study sponsored by the American Maritime Partnership — an organization that supports the Jones Act — found that about 80 percent of the Jones Act market consists of southbound shipping.

Foreign vessels are unable to solve the “piston” problem because they are not allowed to transport goods between U.S. ports at all.

Even U.S. manufacturers are harmed by this issue, because it makes their products cost more, whether in Puerto Rico, Alaska, Hawaii or Guam. The Jones Act is, in effect, a hidden tax that dissuades consumers in these locations from buying U.S. goods, incentivizing them, in turn, to buy foreign goods.

Known as “import substitution,” this concept has Puerto Ricans buying liquid natural gas, corn, potatoes and other products from foreign suppliers, instead of American suppliers, because it is too expensive to ship them in on Jones Act ships.

Instead of benefitting the U.S. economy broadly, the Jones Act causes losses for Puerto Ricans, U.S. mainland companies and — to some extent — the Jones Act carriers themselves.

The American Maritime Partnership continues to argue that the Act has not affected prices in Puerto Rico, and that there is no “freight rate premium” for Jones Act carriers that makes them uncompetitive. If that is the case, there should be no cause for the AMP to worry about possible Jones Act reform.

However, if the Jones Act really is imposing significant extra costs on Puerto Rico — and more and more studies show that to be the case — then undoubtedly its residents would be very happy to have something done about it, whether it be reform, repeal or exemption.