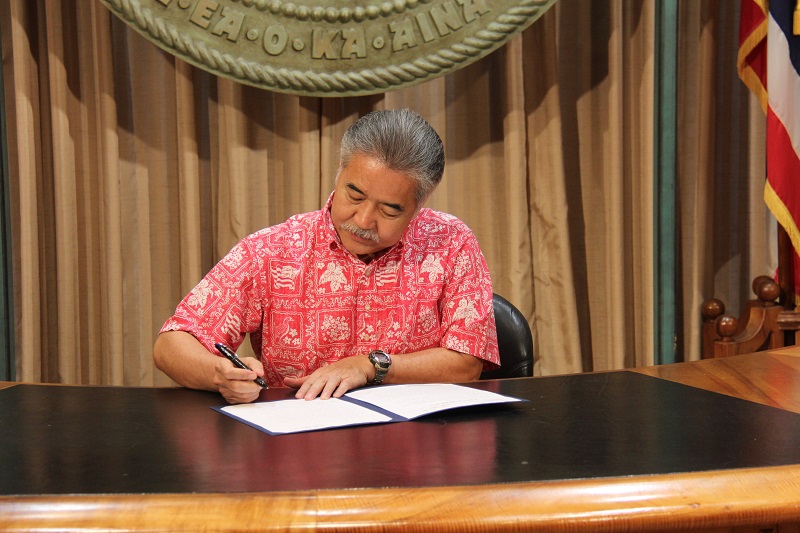 HONOLULU, April 2, 2019 >> Hawaii’s state budget does not have big enough cushion to deal with a deep recession, if one should hit, so lawmakers should rein in spending and build up a financial reserve, rather than dig deeper into taxpayers’ pockets, according to a new report by the Grassroot Institute of Hawaii.

The report, “State of the State Budget 2020,” notes that Hawaii Gov. David Ige seemed to take a fiscally cautious approach in his fiscal 2020 budget, significantly lowering spending and revenue assumptions in anticipation of slowed economic growth. But the governor’s approach might not be cautious enough.

To accommodate a potential economic crisis, the report recommends gradually spending less and saving more, so public services can generally remain consistent, even during such a downturn.

Keli‘i Akina, president of the Grassroot Institute of Hawaii, said, “If we are hit with an economic recession, we won’t be able to spend our way out of it. Hawaii is already losing thousands of its taxpayers every year, and more will leave, if the Legislature thinks taking more money from residents’ pockets will lead to economic security.”

The report notes that it is possible for lawmakers to cut spending. For example, during the Great Recession of 2007-2008, Hawaii had a surplus of $732 million, yet lawmakers were able to trim $1 billion in planned spending for fiscal 2009-2011.

It also advises that any new legislative spending proposals be balanced against the state’s “fixed cost” debts, including yet-to-be determined deferred-maintenance expenses, the state’s nearly $25 billion in unfunded public pension liabilities, and other built-in debt.

In crafting his budget for the coming fiscal year, the governor rejected the state Council on Revenues’ projection of a 5 percent increase in tax revenues for fiscal 2019. He reduced that to 3.5 percent, thereby exercising “an abundance of caution,” since recent tax collections had lagged below the Council’s projections. But now even that seems too high; in March, the Council on Revenues reduced its estimate to 3 percent, which would widen the gap between revenues and expenses from $107 million to $243 million.

Hawaii’s current surplus is $750.3 million, which is sufficient for a modest recession but probably not for a severe economic crash.

Akina said, “Lawmakers must resist the temptation to increase taxes and spending, if they hope to be prepared for a financial crisis. In addition, being more fiscally responsible could help reverse the exodus from Hawaii of families searching for greater opportunities elsewhere, by creating right here a vibrant economy in which we all can prosper.”

The full report is posted on the Grassroot Institute of Hawaii website, at www.grassrootinstitute.org/wp-content/uploads/2019/03/State-of-the-State-Budget-2020.pdf.