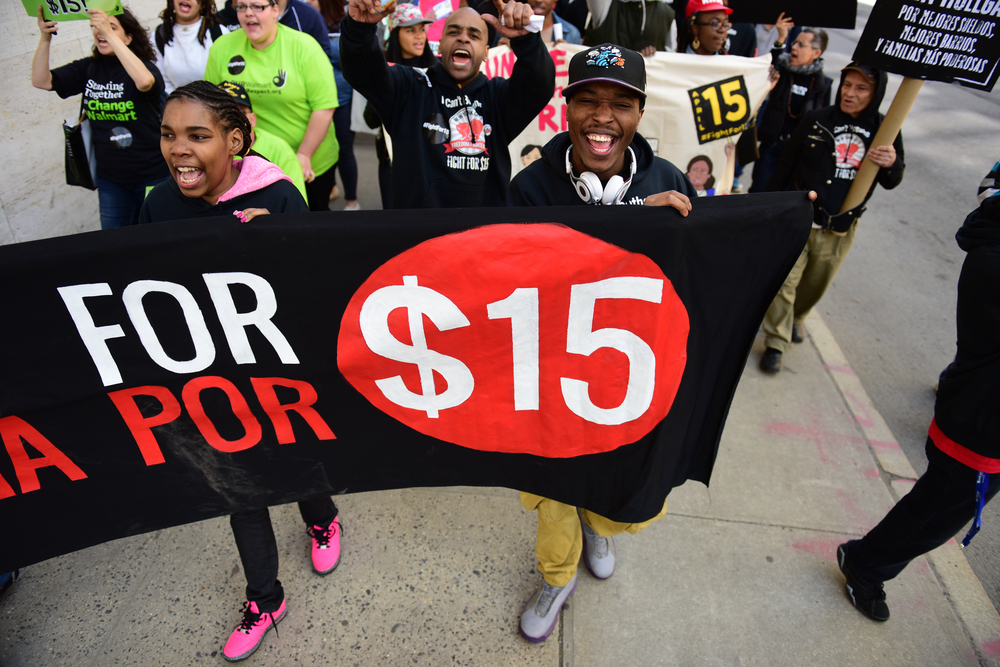 Try as they might, Hawaii’s policymakers cannot mandate people into prosperity. In fact, their efforts to do so might only make things worse.

For example, the Hawaii Legislature right now is contemplating two bills that would dramatically increase the state’s minimum wage, which currently is $10.10 an hour.

One of the bills, HB1191, envisions a $15 minimum wage by 2024 for everyone but full-time state employees, who would be paid a minimum $17 an hour. The other, SB789, is currently mum on what would be the new wage, but previous versions set it at $15 an hour by 2024. Both bills are intended to help low-wage earners who have a difficult time getting by in our state.

But there is a problem: Recent research suggests that drastically increasing the minimum wage by as much as 50 percent could very well hurt the people it was meant help, whether through reduced hours, lost jobs, slowed hiring, closing businesses, more automation or more stringent job requirements for available positions.

In March, University of Hawaii economists Ashley Hirashima and Carl Bonhamwarned the Legislature to be cautious about such a large increase — especially considering the “changing Hawaii economic landscape with rising unemployment, falling employment and dramatically slow job growth.”

One study they cited found that after Seattle increased its minimum wage in 2016 from $11 to $13 an hour, workers there ended up making less money because employers cut hours to compensate. On average, those workers ended up making $74 less per month after the increase.

Elsewhere in the country, New York City this year enacted a $15-an-hour minimum wage, after which 75 percent of restaurants surveyed said they planned to cut hours in response. Nearly half also planned to cut jobs. This was in addition to the reductions and cuts that had occured the year before, also because of a minimum-wage hike. One restaurant owner explained that the minimum wage increase forced her to fire all the busboys and give their duties to the waiters.

This is the real effect of a minimum wage hike: Those at the bottom lose their jobs entirely. Others have to pick up the slack and may still get their hours cut. Businesses, meanwhile, have yet another barrier to profitability, while teen-agers and other unskilled individuals who never had jobs in the first place are left out entirely. In other words, it’s a four-way losing situation.

And there’s another problem: That same New York study found that 87 percent of restaurants planned to increase their prices in 2019 to deal with the higher minimum wage. Ninety percent had already raised their prices the year before.

In Hawaii, a higher minimum wage increase would only exacerbate the state’s already-notorious high cost of living, which, of course, would hurt the state’s low-wage workers the most.

So make that a five-way losing situation. Or would that be six?

Whatever it is, the fact remains that trying to mandate wage levels is not the way to increase general prosperity in Hawaii. If our legislators really want to promote a living wage in our state, they should embrace the tried-and-true policies of economic freedom. Greater economic freedom is highly correlated with greater prosperity, faster economic growth, greater investment, more jobs and higher average incomes.

Forcing employers to pay higher wages might seem like a good idea in the short run, but it doesn’t create new wealth overall. To do that, you have to reduce taxes, rein in government spending, cut red tape, respect property rights and generally rely more on the private sector, which is the only sector that truly produces wealth.

The best way to help low-wage workers in Hawaii is to promote a vibrant economy, not policies that will end up doing more harm than good.