Looking back: A housing boom, then a volcanic eruption 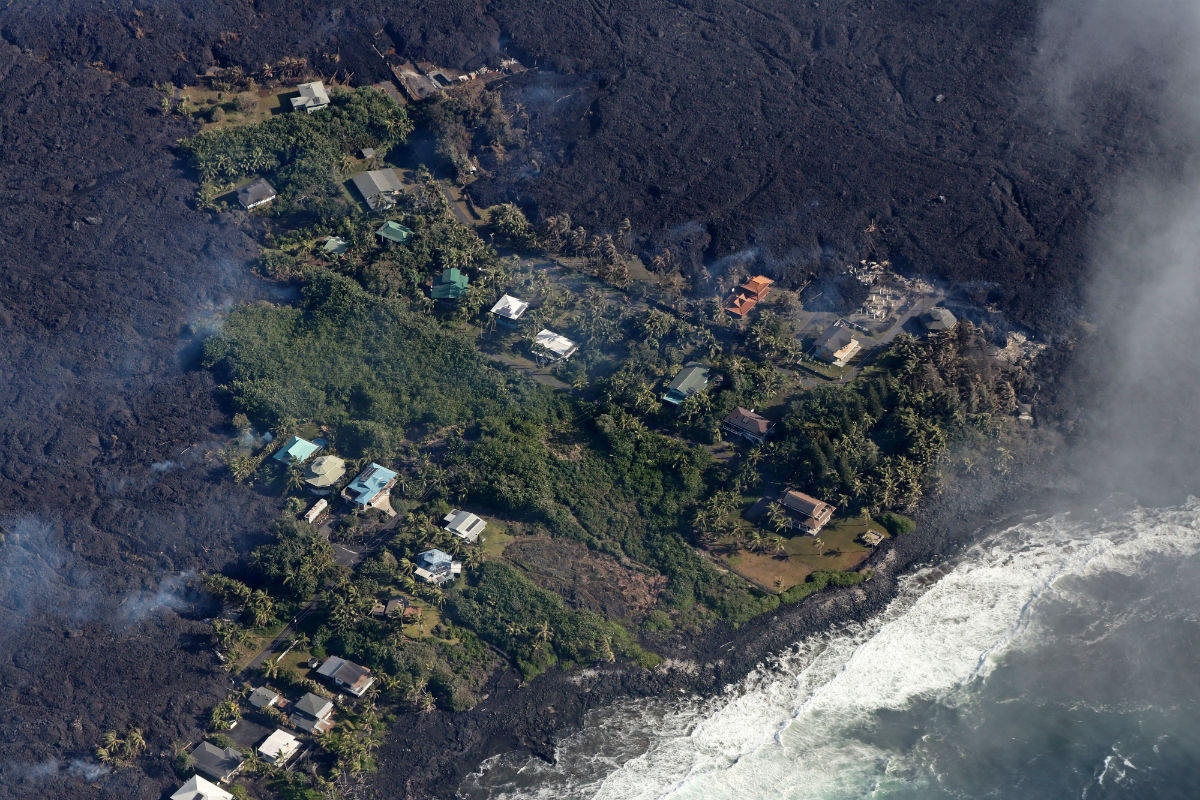 One year ago today, on May 3, 2018, Kilauea volcano on Hawaii Island began spewing lava that destroyed hundreds of homes and disrupted thousands of lives in areas that had been designated high-risk lava zones. On May 20, 2018, Grassroot Institute of Hawaii President Keli’i Akina wrote in The Wall Street Journal about how Hawaii legislators created the incentive for people to live in those zones, by tinkering with market forces and introducing a grave moral hazard. Click here to read the Wall Street Journal version, or see the full article below.

Lava flows from the Hawaiian volcano Kilauea have destroyed at least 26 homes and disrupted thousands of lives in the past two weeks. Reading this news, you might wonder why some Hawaii residents have chosen to live at the foot of an active volcano. The strange truth is that the state government encourages them.

Kilauea, located on the southeast side of the Big Island, is one of the most active volcanoes in the world. In geologic terms, it has been continuously erupting since 1983, when a lava flow destroyed 16 homes in a subdivision called Royal Gardens. Seven years later, what remained of the town of Kalapana was flattened by another Kilauea eruption, which ended up burying more than 100 homes, a church and a store.

The destruction caused in the early 1990s cost private insurers millions of dollars, prompting them to stop insuring property in the most vulnerable areas, called Lava Flow Hazard Zones 1 and 2. The market had efficiently determined that there was too much risk in living close to Kilauea. Had that thinking prevailed, the current eruption might have done far less damage.

Unfortunately, the Hawaii state government stepped in. In 1991 the legislature created the nonprofit Hawaii Property Insurance Association, which provides policies to people who can’t buy them on the market. But private insurers are forced to join the HPIA as a condition of doing business in the state. They split the HPIA’s expenses, profits and losses in proportion to their market share. In essence, Hawaii law requires all private insurers to pool their resources to subsidize policies in Lava Zones 1 and 2.

Ordinarily, people would be hesitant to build homes in a place that’s too hazardous to insure, but here the Legislature’s actions created incentives. The result was a housing boom on the edge of an active volcano. By 2008 there were more than 2,400 HPIA policies in the area, providing more than $700 million of insurance to the highest-risk lava zones in Hawaii.

Over the past week, about 2,000 people have had to evacuate the small subdivision of Leilani Estates as 19 different volcanic fissures opened in the ground. Residents have had to contend with earthquakes, lava, noxious gases and fire. Some chose not to insure their homes, because even with the help of the HPIA, lava insurance isn’t cheap. Others are trying to cope with the need to be covered for earthquakes and fire, too. Many wonder whether they will have a home to return to at all.

The state Legislature’s failure isn’t only economic—it’s moral. Hawaii’s lawmakers put citizens in danger by giving them an incentive to live in an area that the market had deemed too risky to insure. The families who have lost their homes have been ill-served by their representatives. After this disaster is over, Hawaii’s leaders should wind down the HPIA. This will allow natural price mechanisms to provide valuable, even humanitarian, information regarding the areas in Hawaii that are simply too dangerous to build in.

Mr. Akina is president and CEO of the Grassroot Institute of Hawaii.