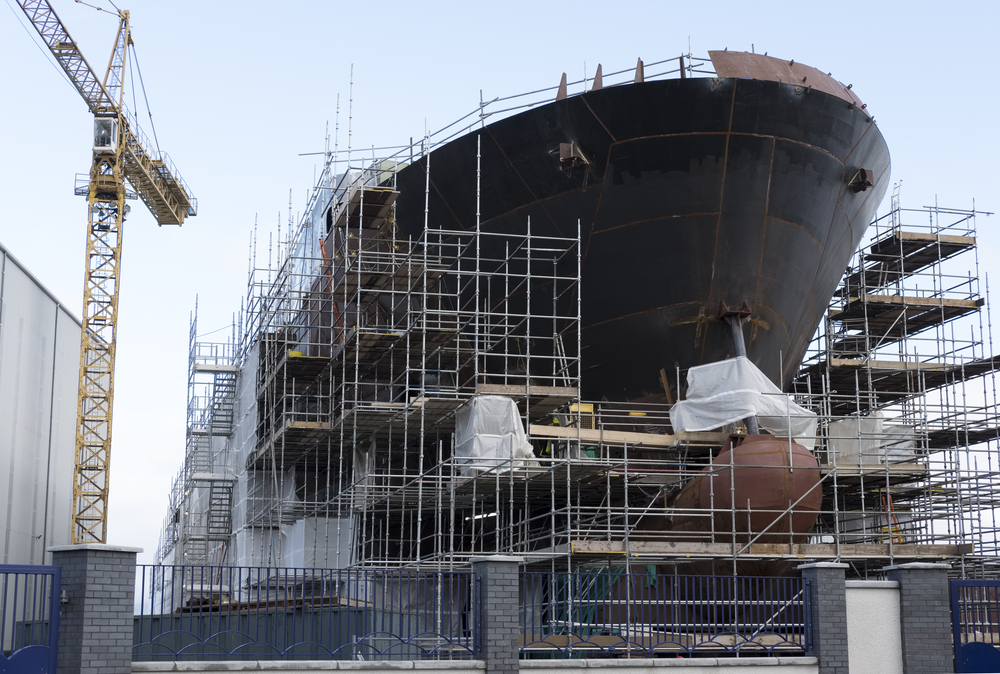 A groundbreaking new study of America’s Jones Act might be of some comfort to U.S. shipbuilders and shipyard workers who have been worried by increased calls for repeal or reform of the protectionist federal shipping law.

Issued in April by the highly respected Organization for Economic Cooperation and Development, the study actually predicts growth for the U.S. shipbuilding industry in the long term, should the U.S-build requirement of the law be abolished or relaxed.

Specifically, the study “quantifies the significant economic gains that are expected to be revealed through the abolition or reform of local content-based policies,” meaning the section of the Jones Act that requires that all ships employed in domestic commerce to be built in the United States. [1]

In the absence of the build requirement, the study says, “The U.S. commercial shipbuilding industry has the potential to increase … its total output [in the long term] by about 71% from $859 million to to $1.47 billion.” [2]

Jones Act defenders have long argued that its protectionist requirements have been critical to keeping U.S. shipyards afloat. [3] But the evidence shows otherwise. In fact, there are now only three U.S. shipyards capable of building large, ocean-going ships,[4] one of which, the Philly Shipyard in Philadelphia, is on the brink of closure. Its workforce shrank this year to “slightly less than 100 people, down from approximately 1,200 at the beginning of 2018.” [5]

Ironically, two of those three shipyards are owned predominantly by foreign corporations — the Philly Shipyard by Aker ASA of Norway,[7] and the VT Halter shipyard by ST Engineering of Singapore.[8] Nevertheless, Jones Act defenders consistently express alarm about reform possibly causing American jobs losses at these shipyards — as if that wasn’t already happening.

Perhaps the main reason for the decline is that building new tanker ships in the U.S. can cost three to four times more than comparable foreign ships,[9] and container ships six to eight times more.[10] This results in higher prices for U.S. ships, suppressing demand and encouraging those who do buy them to keep them in service considerably longer than the international average, which ultimately is a threat to operational safety.[11]

Lack of competition also has led to shipyard inefficiency. Repealing the build requirement would help reverse this trend, says the OECD.[12] It notes that U.S. shipbuilders have a profit margin that is much higher than the international average — 48% versus 20-30%— and exposing them to competition would pressure them to lower their prices and improve their products, while still allowing them the opportunity to turn a profit.

“Opening up the U.S. shipbuilding industry” to foreign competition, the OECD report says, would “require shipbuilders to reduce vessel prices by at least 50% to converge to international levels in order to remain competitive.”[13]

In other words, U.S. shipbuilders could remain viable in the long term if they lower their prices. Lower prices would increase demand for U.S.-built ships, which would require more shipyard jobs to build them.

All things considered, anyone truly interested in shipyard job security should support elimination of the Jones Act’s U.S.-build requirement. We’ve long known that reforming the Jones Act would benefit the U.S. economy — especially in the noncontiguous regions that obtain their imports almost exclusively from ocean shipping, such as Hawaii, Guam, Puerto Rico and Alaska — and now we have evidence that the U.S. shipbuilding industry also would benefit.

Let us hope that our lawmakers in Washington, D.C., take heed of this study and jettison the U.S.-build requirement of the Jones Act. It’s a move that would benefit all Americans, even shipbuilders and shipyard workers.

[2] Ibid, p. 21. In an email on June 12, 2019, Gourdon and Guilhito stated that the estimated total output increase is for “a long-term period, i.e., after all the effects are taken place in the economy, with no time frame.”

[12] Gourdon and Guilhoto, “Local content requirements and their economic effect on shipbuilding: A quantitative assessment,” p. 21.