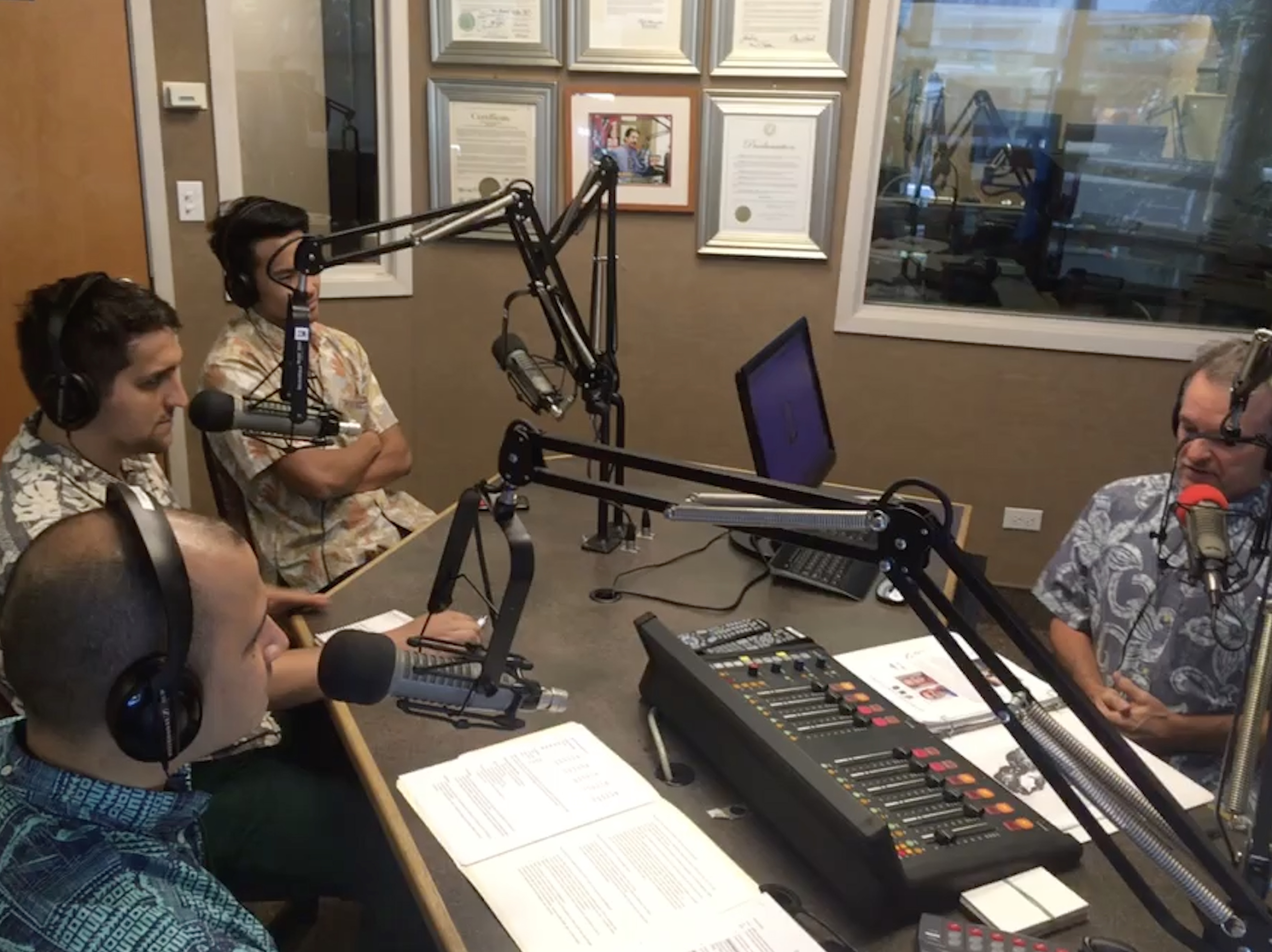 Its ability to explain public policy issues with “simplicity and efficiency” is what first impressed Matt Gilbertson about the Grassroot Institute of Hawaii.

Gilbertson, founder of MGA Architecture in Honolulu, discussed his interest in the communication style of Hawaii’s only free market think tank on his radio show, “Design Talk Hawaii,” on Friday, June 14, on KHNR, 690 AM and 94.3 FM.

He was hosting Joe Kent and Josh Mason, who are executive vice president and director of communications, respectively, of the Grassroot Institute of Hawaii, which Gilbertson said “quietly chips away at the stone of economic issues in Hawaii.”

Gilbertson said he thinks people have trouble getting involved in politics because they don’t fully understand the issues, but he found the Grassroot Institute’s explanations helpful in making them relevant to his own daily affairs. He compared it to the task of making “heavy science” accessible to the public.

“[Whomever] can translate that heavy science, those heavy analyses, into something digestible … can then go down several more levels until it gets to … our legislators,” he said.

Mason cited the Institute’s “Why we left Hawaii” series as an example of how he has tried to put a face to the consequences of Hawaii’s economic policies.

“It’s been very sobering,” said Mason, “because you see these people who were born here, and they grew up here, and they want to be able to make it. One guy had such an interesting comment. [He] said, ‘I realized that if I wanted to make it in Hawaii, I have to leave Hawaii and I have to get experience somewhere else, and then I have to come back so I can afford it.’ Which is sad, if you think about it. People should be able to afford to live here.”

Kent acknowledged that some issues — the state’s billions of dollars of unfunded public pension liabilities, for example — aren’t so easy to explain and make relevant, so the Institute has tried to emphasize that it will be Hawaii’s millennials and Generation Z who will have to foot the bill.

“If you add up all of the unfunded liabilities, the debt that we have to pay for, it’s about $80 billion dollars,” Kent said, “and that’s gonna be paid for by millennials and Gen Z-ers and their children. But they don’t know it yet.”

Gilbertson concluded on a high note about the Grassroot Institute of Hawaii.

“I’m really inspired by what I see coming out of the Grassroot Institute in many forms.,” he said. “I can tell that you’re being very effective. I can see that.”

Listen to the interview below, or at www.mgahawaii.com/design-talk-hawaii.