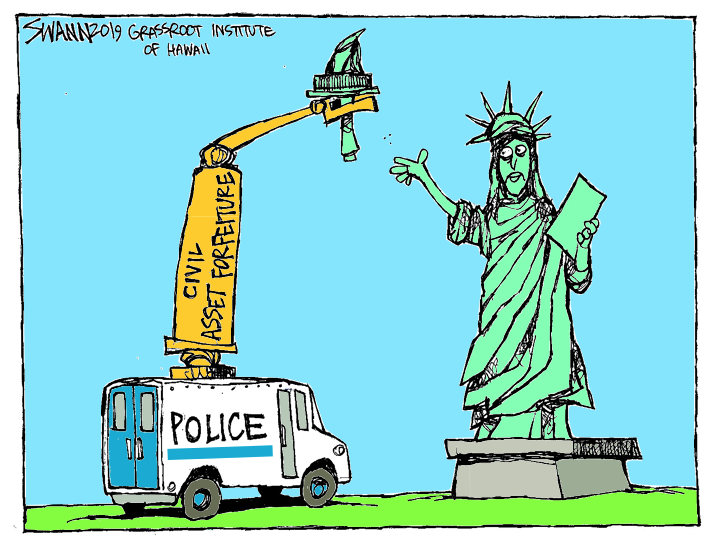 I hope that you are enjoying the holiday and the blessings of liberty.

Of course, when we talk about liberty and rights, we usually start with glamorous ones, like freedom of speech, the right to bear arms and the right to privacy.

But there’s a less-flashy right that is also part of the foundation of our country. In fact, historians say that it was in the original draft of the Declaration of Independence, but later replaced by the more general “pursuit of happiness.”

I’m talking about the right to property.

One could argue that without property rights, many of our other rights or freedoms would be shallower. For example, how happy would you be about your freedom to speak your mind if the government were able to take your home or assets without recompense? What if you weren’t able to bar others from entering your property, or appropriating it?

When property rights disappear, other liberties quickly fade away as well. Whether the result is chaos or totalitarianism, a society without property rights is inherently unstable and unjust.

Which leads us to the growing infringement on property rights in our own backyard.

Gov. David Ige has indicated he plans to veto House Bill 748, which would reform civil asset forfeiture in Hawaii. The Grassroot Institute of Hawaii testified on this bill, which requires a felony conviction before law enforcement can seize a person’s property.

In other words, right now Hawaii police can take away your property even if you haven’t been convicted of a crime. And even if you’re charged with only a misdemeanor.

The governor claims that asset forfeiture is a helpful law enforcement tool, and says there are sufficient safeguards in place to prevent abuses. However, both of these statements are contradicted in a June 2018 report by the Hawaii state auditor.

The report said Hawaii’s asset forfeiture laws lack clear rules and procedures and have issues with management of the funds and transparency. It also suggested the current system preys on innocent property owners

For example, the auditor found that about one-fourth of the time, property was taken without a corresponding criminal charge. In 4 percent of cases, the seized property was forfeited even though the charges were dismissed.

Among the transparency problems: Few people know it’s possible to petition for remission or mitigation after one’s property is seized.

Then there’s the problem of incentives. Currently, the proceeds of forfeited property are split between the law enforcement unit that seized it, the prosecutor’s office that pursued the forfeiture, and a criminal forfeiture fund administered by the state attorney general’s office. This creates a perverse incentive for law enforcement officials to seize property from citizens in order to grow their budgets.

When HB748 was being considered by the Legislature, the Grassroot Institute of Hawaii joined other organizations in asking that the proceeds from seizures be directed to the general fund, so as to remove this conflict of interest.

Given the abuses and mismanagement in Hawaii’s civil asset forfeiture program, reform is a very reasonable request. That’s why we’ve joined other groups in asking the governor to reconsider his plan to veto this bill.

In the end, it comes down to preserving our constitutional rights. And that’s something worth pondering as we celebrate Independence Day and those “inalienable rights” at the core of America’s founding.