How really to help low-income earners 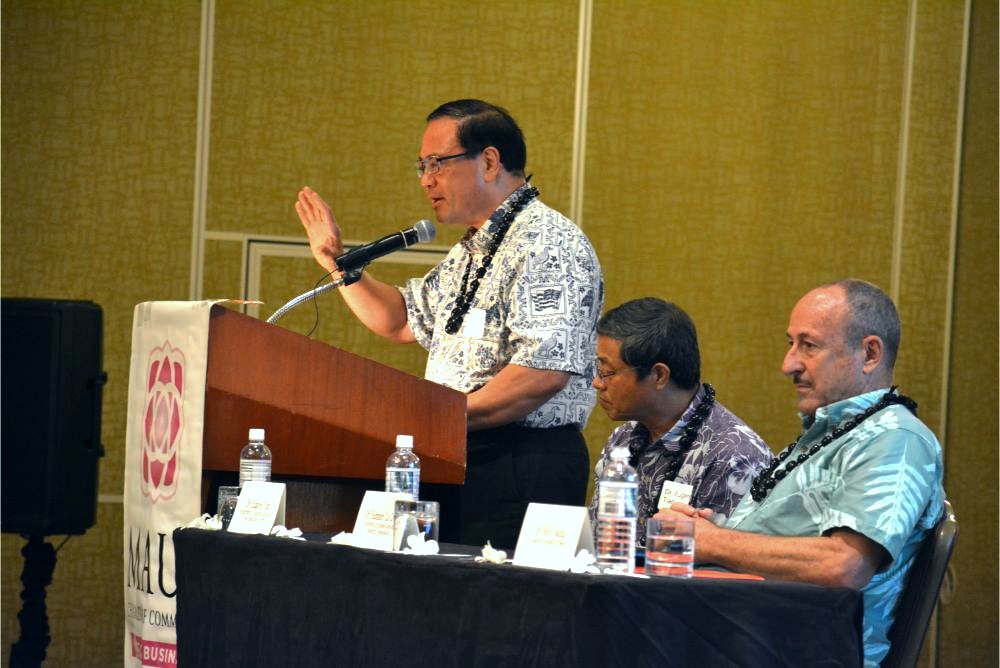 Minimum wage hikes are often promoted as a way to help the less fortunate out of poverty. But are they really the best tool for the job?

This week, I was privileged to be part of a panel discussion on the minimum wage, and how it fits in with the broader concept of the so-called living wage. Also on the panel, hosted by the Maui Chamber of Commerce, were economists Eugene Tian of the state Department of Business, Economic Development and Tourism and Sumner La Croix of the University of Hawaii Economic Research Organization.

You might be surprised to learn that there was a lot of agreement on the stage about the limits of the minimum wage. The minimum wage is a government policy tool. It should not be confused with the living wage, which is a socio-economic measure of how much someone would have to earn to meet his or her basic needs: food, clothing, housing, etc. Some people think the best way to help low-wage earners is to match the minimum wage with the living wage. However, there are serious problems with that approach.

Most important is that a higher minimum wage — as a majority of economic studies have shown — doesn’t necessarily help the people it’s supposed to help. La Croix pointed out that it is even like a “regressive tax,” increasing the prices of goods and services in a way that hits low-income earners the hardest.

Then there’s the way minimum wage hikes affect businesses, especially small local businesses that are struggling to survive. In general, businesses respond to wage hikes by cutting hours, reducing staff or turning to automation. None of these are good outcomes for low-wage workers.

As I told the audience at the Maui Chamber of Commerce event, as reported by the Maui News, “It’s not a question of whether minimum wage is good or bad. It’s a recognition that whatever you do about minimum wage is not the answer. We really have to come up with solutions that bring the overall cost of living down.”

For residents of the most expensive state in the country, lowering the cost of living would be a far better way to help low-wage workers than implementing a large minimum wage hike. What’s more, this is a policy goal that can be approached by multiple pathways.

First, we can stop raising taxes and fees, and start lowering them instead. But this isn’t about just our income and excise tax rates, which already are among the highest in the nation. This is also about stopping the add-on fees and surcharges that seem to increase every year.

Second, we need to reduce government spending, because our increasingly bloated state and local government budgets are why all these tax increases and surcharges are demanded in the first place.

Third, we need to rein in regulations that hamper businesses and entrepreneurship. It shouldn’t be necessary to get a permit just to run a lemonade stand.

Finally, we need to lower the cost of housing by making more homes available. Across the state, we are suffering from a housing shortage that is caused in part by a lack of supply. On Maui, for example, only 6 percent of land is developed. The vast majority is zoned for agriculture or conservation. Opening up as little as 1 to 2 percent of the available land would go a long way to addressing the housing crisis and bringing down the price of homes.

The minimum wage is a tool, but if we want to really help low wage workers in Hawaii, it’s the wrong tool for the job. We can’t make Hawaii more affordable through wage hikes. To make a real difference, we need to focus on lowering the cost of living.